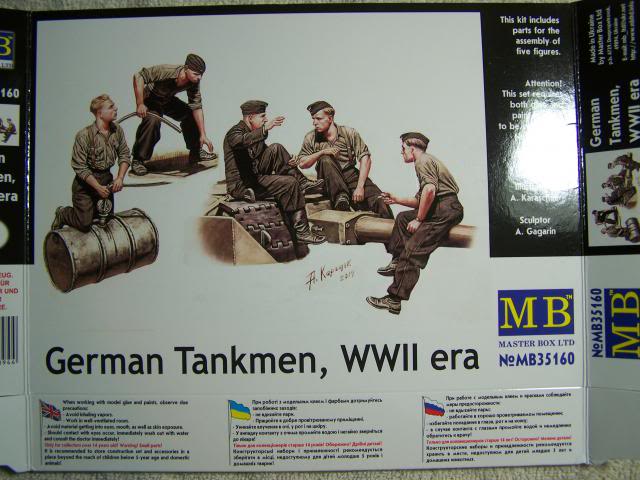 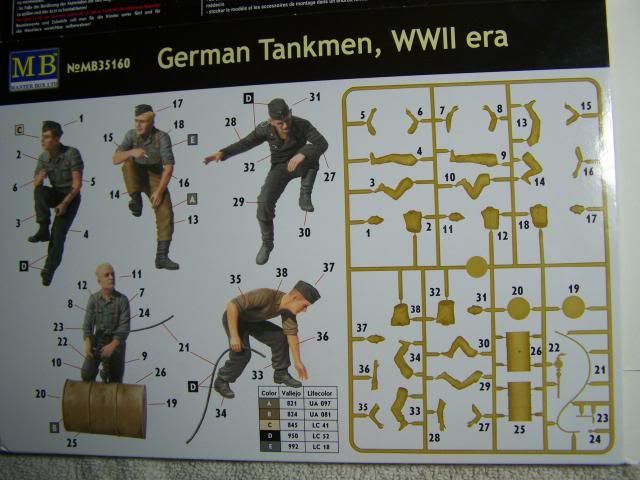 This is a great looking set based on five German Tankers two of which are refueling the tank while the other three are at rest sitting on the turret, during a break in the action.
The Kit: 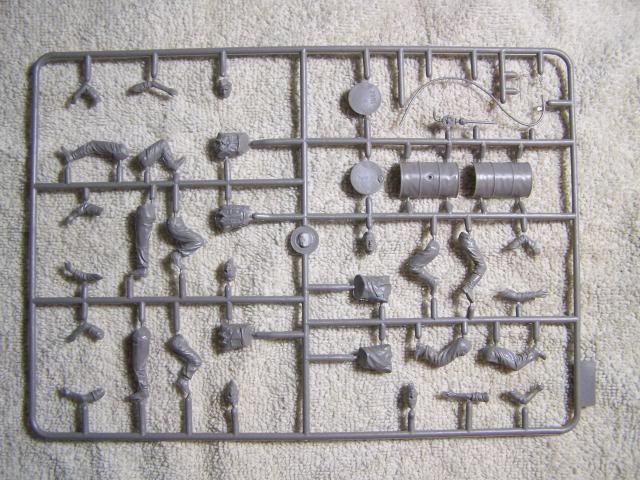 Contains 1 sprue with 38 pieces that have no flash.
It shows a five man crew of a German Tank (the picture on the front of the box shows a Panzer IV. You get two tankers refueling the tank from a 200 liter fuel drum (included with all the hardware). And three tankers (one most likely is the tank commander (he is the only one wearing his black tankers jacket, while the rest are in shirtsleeves). One of the tankers involved in the conversation on the turret has a cigarette (good thing he isn’t on the refueling team).
There are no weapons, but the uniforms and equipment look accurate.
Conclusion: Master Box has done it again, producing “a relaxed Panzer crew that is refueling their tank and planning their next adventure.
The uniforms and equipment are covered in numerous books, so information on these should not be too hard to find.
Overall this should build into an outstanding replica and is highly recommended for anyone who enjoys figures.  I would like to thank Alexander Surzhenko of Master Box Models for the review kit.