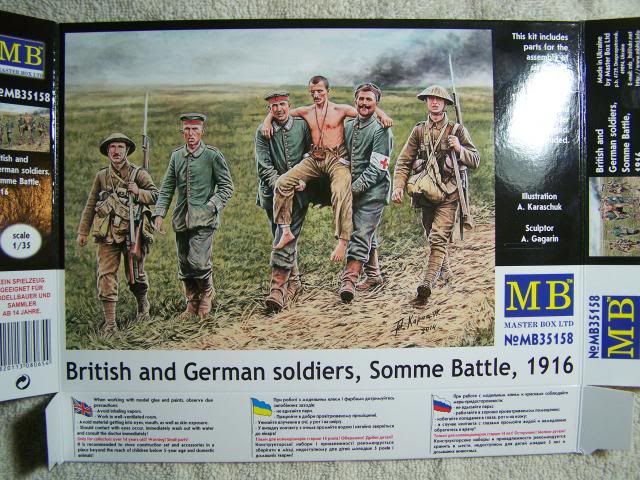 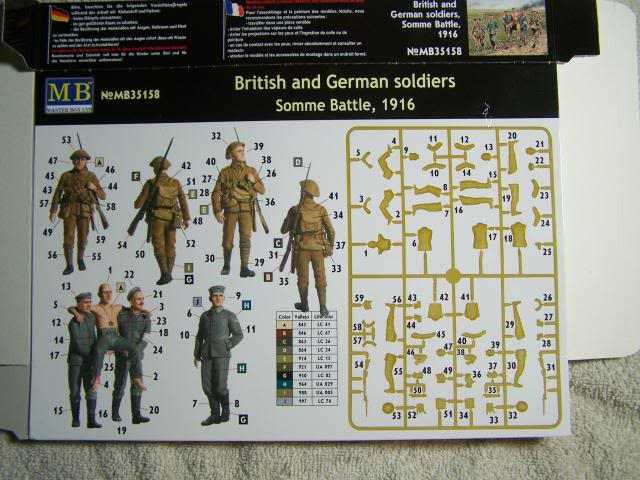 This kit gives you six Soldiers (four German prisoners one is wounded and being carried and two British guards). The box art shows them carrying a British soldier, but if you look at the back he’s German. It is a very nice scene.
The Kit: 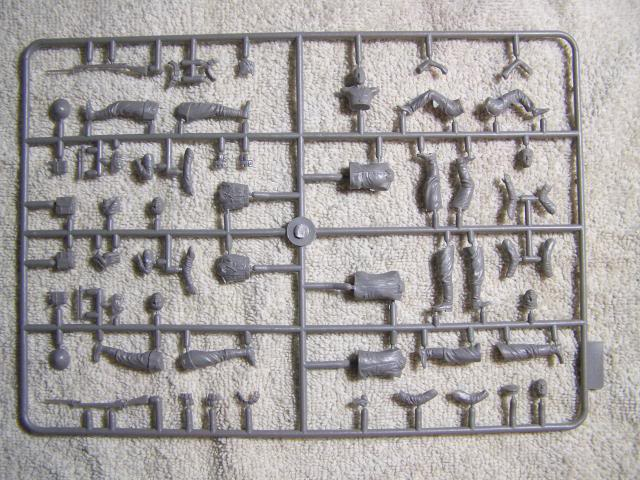 Contains 1 sprue with 59 pieces that have some minor flash.
Three of the Germans have the Waffenrock Tunic and the Fieldmutz cap (the wounded man being carried doesn’t have a shirt, hat or boots) The British soldiers are loaded down with lots of cool kit. They also have Enfield rifles with bayonets fixed over their shoulders. Their weapons, uniforms and equipment all look accurate.
Conclusion: Master Box has a really nice set of figures (the first of what I hope to be a lot more covering the first world war in 1/35th scale) that will make a very nice diorama.
The weapons, uniforms and equipment are covered in numerous books, so information on these should not be too hard to find.
Overall this should build into an outstanding replica and is highly recommended for anyone who enjoys figures.  I would like to thank Alexander Surzhenko of Master Box Models for the review kit.