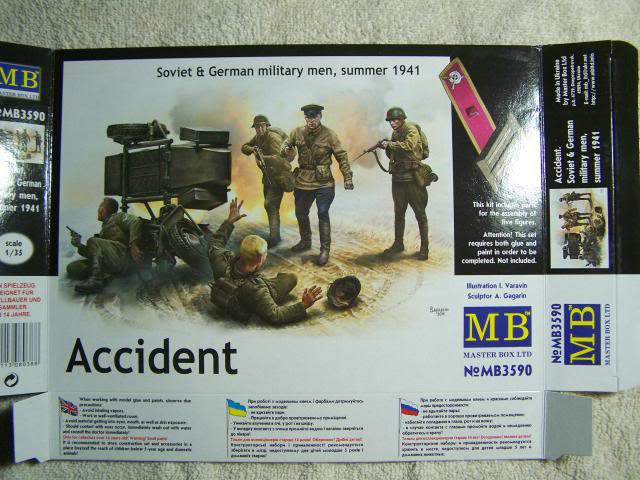 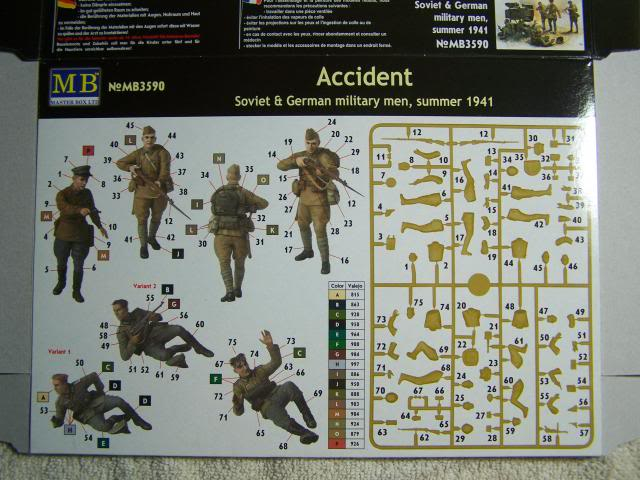 This kit gives you five Soldiers (one German NCO or Officer and one German Enlisted man along with one Soviet Officer or Political Commissar and two enlisted soldiers). It is a very nice action scene of German Soldiers being captured by Soviet Soldiers in early war uniforms. (The Motorcycle with side car is not included in the kit).
The Kit: 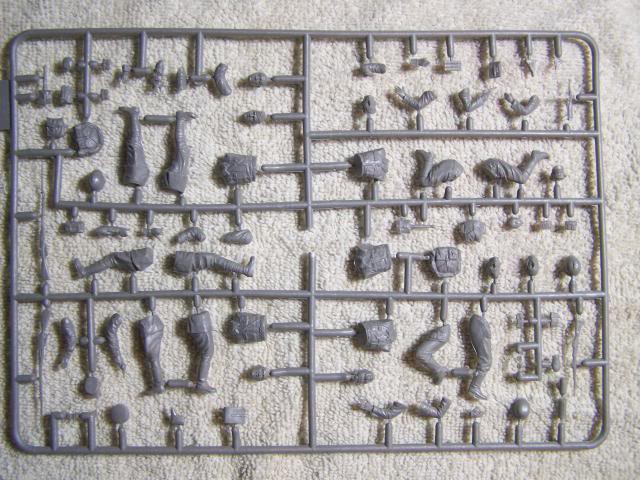 Contains 1 sprue with 76 pieces that have no flash.
Both the German NCO/Officer and the Soviet Officer/Political Commissar have pistols drawn, while the German Enlisted is raising his hands to surrender, the two Soviet Enlisted have what appears to be Mosin-Nagant M91 “Dragoon” rifles with bayonets pointed at the soon to be prisoners. This kit comes with three extra heads and various headgear. The Germans also have an MP-40 and a KAR-98.
Their weapons, uniforms and equipment all look accurate.
Conclusion: Master Box has a really nice set of figures that will make a very dramatic diorama.
The weapons, uniforms and equipment are covered in numerous books, so information on these should not be too hard to find.
Overall this should build into an outstanding replica and is highly recommended for anyone who enjoys figures.  I would like to thank Alexander Surzhenko of Master Box Models for the review kit.

OOPs, someone crashed the motorcycle. Maybe Der Feldwebel should have checked his licence before he left. Nice figures, I still love that guys work.

Chris,
Good to hear from you. Glad you like the set. I thought it was pretty cool and has a lot of possibilities.
Shawn