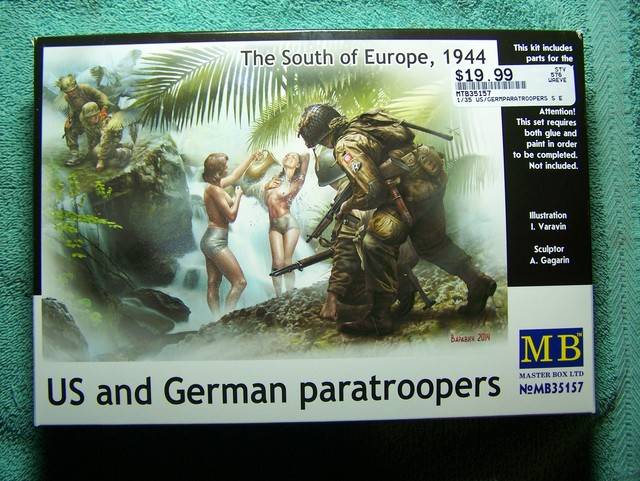 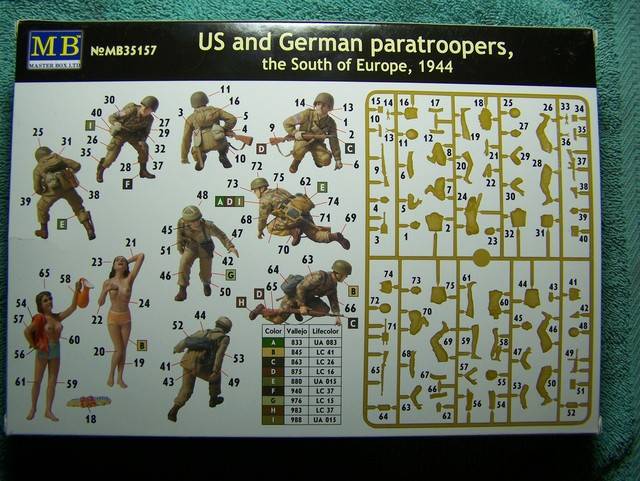 This kit gives you six figures, four World War II era Paratroopers (2 US and 2 German Fallschirmjager) and two female bathing beauties. We will start with the ladies first. They are well proportioned and both are wearing only panties (which could be removed if one felt like further enhancing these beauties). One is pouring water over the other from a pitcher. The box art shows them bathing in a river/stream while the two sets of paratroopers watch from a distance. The two Fallschirmjager troopers are in tropical dress. One has the Camouflaged smock. One appears to be an officer/NCO with a pistol and sub-machine gun and the other an enlisted man armed with a KAR-98 Rifle. The two US Paratroopers are in typical Paratrooper garb. One appears to be an Officer/NCO armed with a Pistol and Thompson sub-machine gun and one an enlisted man armed with the M-1 Garand Rifle. They appear to be well molded and some with the correct equipment.
The Kit: 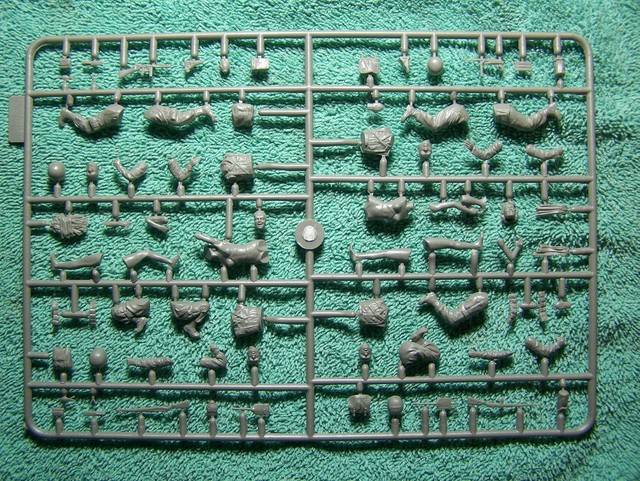 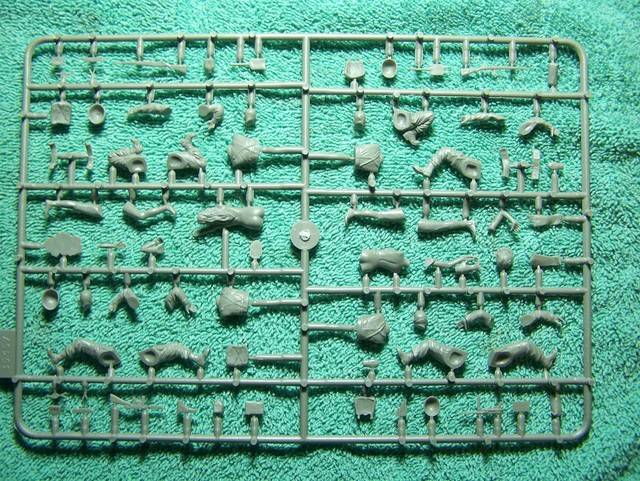 Contains 1 sprue with 75 pieces that have no flash.
Conclusion: Master Box has a great little diorama of some love struck paratroopers enjoy the view of some bathing beauties. What is really nice is these two woman can be either inside or outside, depending on how much work you want to do on the base?
The weapons, uniforms and equipment are covered in numerous books, so information on these should not be too hard to find.
Overall this should build into an outstanding replica and is highly recommended for anyone who enjoys figures.  I purchased this kit for $19.99 at the local Hobby Town USA in Lynnwood, Washington. 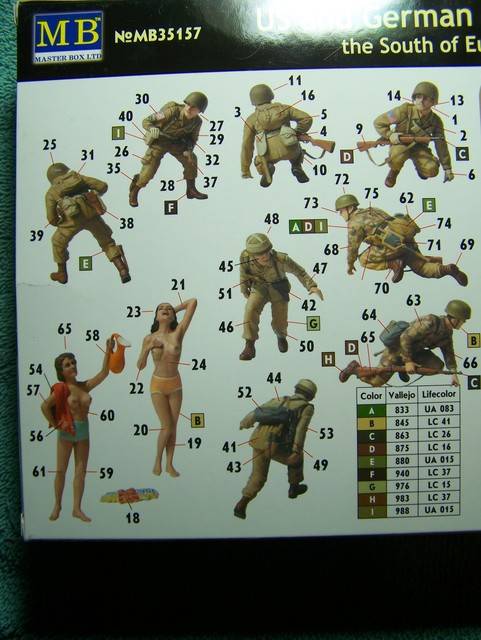 Let me know what you think of this kit.

I like the idea and the looks of the kit. I just wish that Master Box would NOT mould parts integral with the hands. Many times that spoils the kit for other scenes.

Peter,
I've seen your conversions, I don't think that the girls pitcher is going to give you any problems...

Thanks Shawn. That's good news. I might pick up a set next week.

Someone did these on facebook and they looked great.