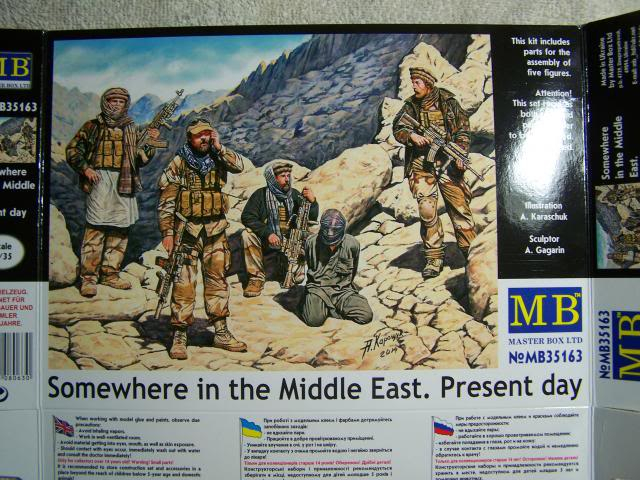 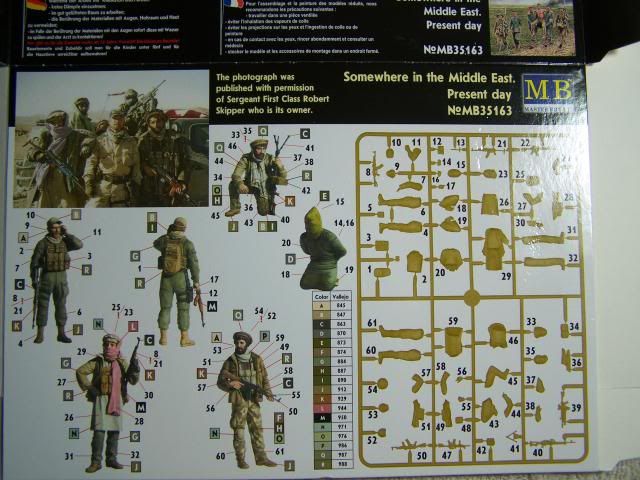 This kit gives you four Special Forces Operators and one Insurgent prisoner. The Special Ops guys have a mixed bag of Uniforms, weapons and equipment along with some native dress to fit in better. The prisoner is kneeling and has his hands tied or handcuffed behind him and his head is covered so he doesn’t know what is going on. The team is alert but at rest calling in or awaiting pick up.
The Kit: 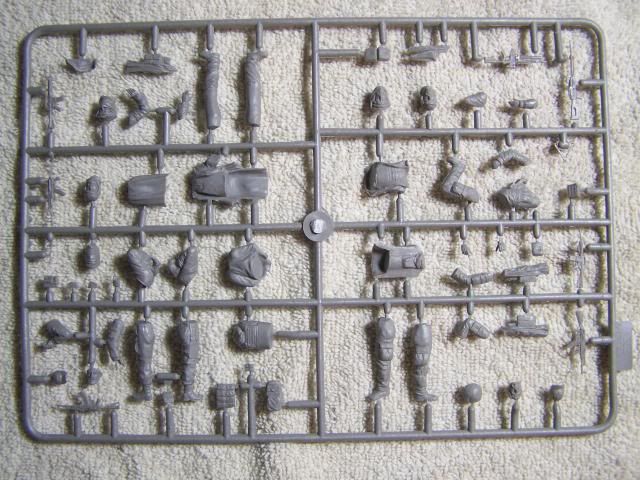 Contains 1 sprue with 62 pieces that have no flash.
This kit comes with three extra heads with various headgear, beards and extra hats. There are seven weapons all of which are tricked out just like the SecWar guys would have them, both the uniforms/civilian dress and equipment look accurate.
Conclusion: Master Box has a great modern Special Warfare team set with a prisoner.
The weapons, uniforms and equipment are covered in numerous books, so information on these should not be too hard to find.
Overall this should build into an outstanding replica and is highly recommended for anyone who enjoys figures.  I would like to thank Alexander Surzhenko of Master Box Models for the review kit.

I picked up this set recently and was blown away by the quality of the set for the money.

I've been stocking up on MB modern figure sets and none have disappointed me.

Simon,
Glad you liked them too...
I think it's quite the kit and will make a great dio.
Shawn