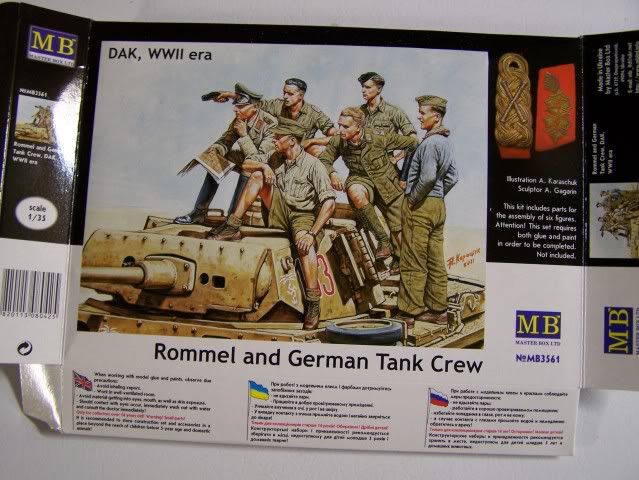 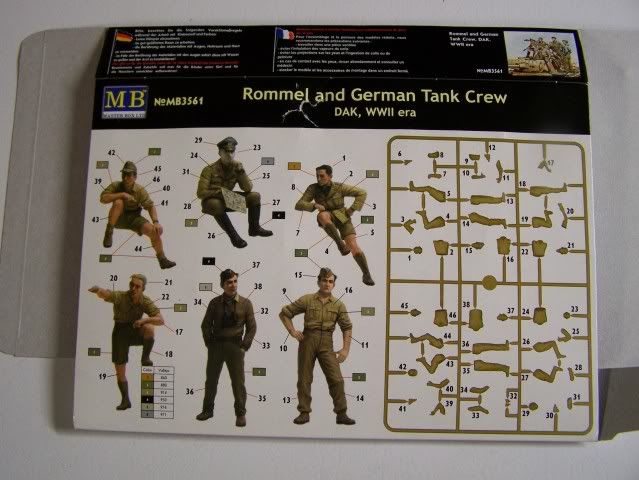 This is another excellent set based on Erwin Rommel (the Desert Fox) and five German Tankers (giving you a total of six figures) having a conference while sitting on a tank, during a break in the action .

Contains 1 sprue with 46 pieces that have no flash. 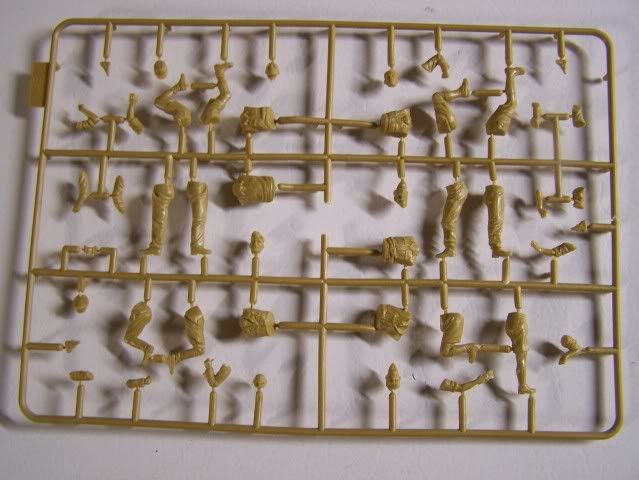 It has been one of the most talked about kits (to be released) on numerous forums, and appears to live up to all the hype. The figures look great and should build into a great little diorama of a conference with the “Soldiers General”whose brilliant mind and ability to evaluate any situation won him the respect and admiration of both his men and his enemies.

Conclusion: Master Box has done it again, producing “a diorama in a box” I can see this set showing up at model contests with them sitting on various tanks (Rommel's “Grief) halftrack nearby and and and endless list of possibilities.

Rommel and the uniforms and equipment are covered in numerous books, so information on these should not be too hard to find.

Overall this should build into an outstanding replica and is highly recommended for anyone who enjoys figures. I would like to thank Alexander Surzhenko of Master Box Models for the review kit.

That's a nice set of figures, I like the poses, they look very handy. Thanks Shawn.

John,
After seeing the figures for real, I can see what all the hype was about...
Shawn

Nice kit and looking forward to its local release. I suppose the map on Rommel has to be from an aftermarket product?

Peter,
There is no map in the box, but I'm sure if you need one, I can make one and send it to you... I'm sure I have a ton of different maps in scale...

ShawnGehling wrote:Peter,
There is no map in the box, but I'm sure if you need one, I can make one and send it to you... I'm sure I have a ton of different maps in scale...

Thanks for your offer. Been some time since I last checked this thread

That's OK as I've managed to retrieve my old sheet of Verlinden Products map for use. May not be buying this Master Box set so soon, although I've recently acquired a Dragon Panzer III Ausf G model that can be used as the AFV in the box picture.

Peter,
Sorry for the delay in my reply...
You will love this set when you get it...
Shawn

MasterBox vs. Miniart vs. DML

Here goes the great tank (crew) dual, most of my crews are Miniart as well as Masterbox, so let's draw the line in the sand just for fun and my choices are any of the above as the Tamiya crews even enter the battle of the crews and as you might guess photos are posted on my FB page with any or all featured so take a look and decide as it is up to any great armor commander to chose his or her crew out of the best of the best.

Thanks and have a great day!

navyman13
Be nice to me I am new

John,
I found you Hobbies in a barn, sweet stuff... I've got a bunch of my stuff on a photo bucket... Nice to see another Chief hanging around..
https://s573.photobucket.com/albums/ss175/shawngehling/
Check it out and enjoy...
Shawn

I used this for my Panzer III-G,it really is a nice,well detailed set !! 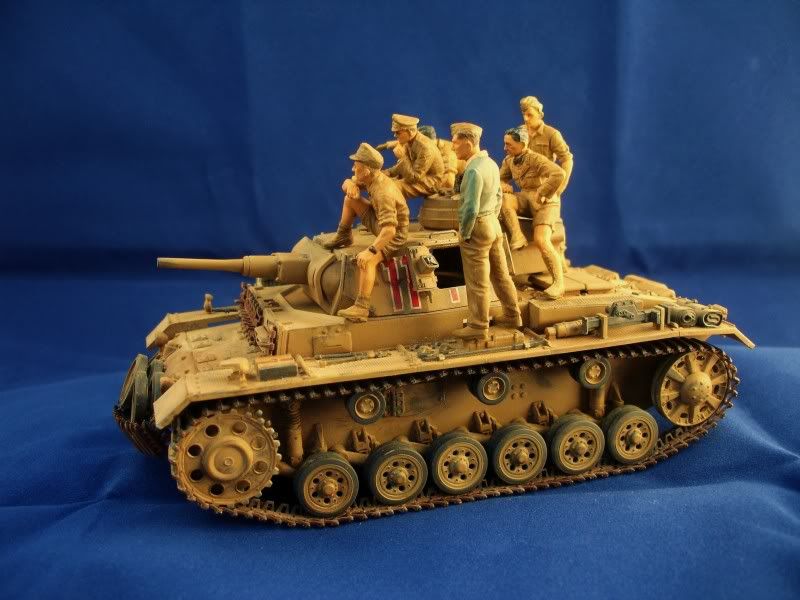 I was going to ask if you posted a picture, but thought I would check around on the site before I put my foot into my mouth.