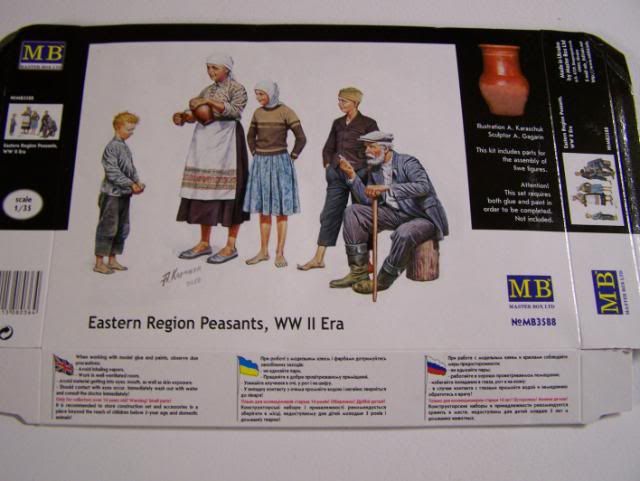 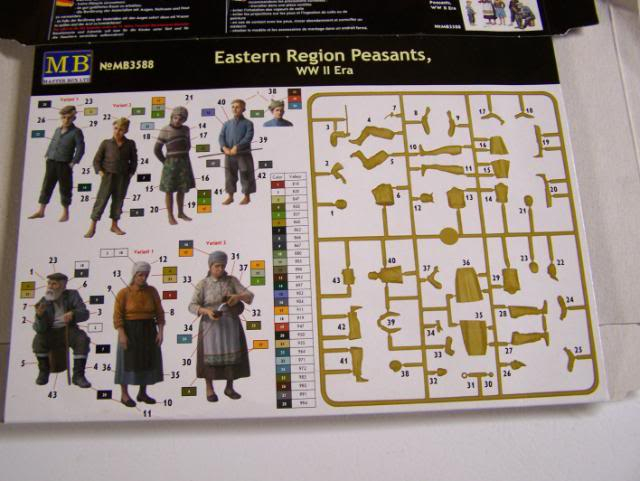 This is a very nice set that gives you 5 civilian figures of Peasants in clothing that represents the Eastern area's of Europe.
The Kit: 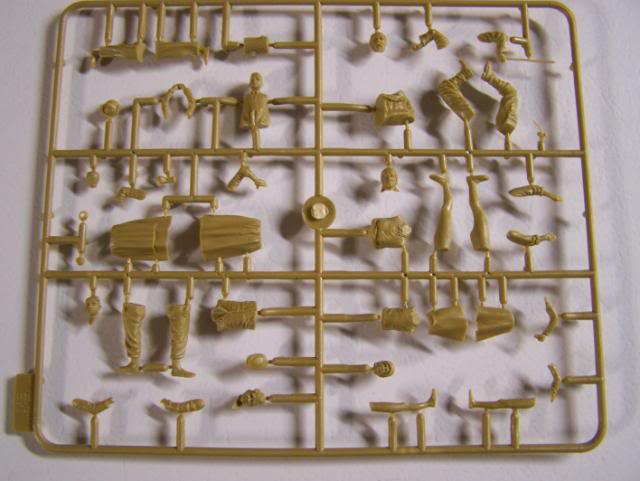 Contains 1 sprue with 43 pieces that have no flash. One figure can be actually be built in different variants, while three others can be made to look different by wearing various hats that are provided.
It has five figures: Three children, 1 girl and two boys all of which are bare foot. (One of the boys can be built with a molded on soviet army style army hat or he can wear a civilian style hat that can also be worn by the Grand Father figure). (the other boy can have a bare head or wear an old style Red Army Revolution style hat provided). Both female figures have their heads covered. It also comes with a Grand Mother and a Grand Father figure. The Grand Mother figure can be build pouring liquid from a jar, or with her hands by her side (a different set of arms are provided), she has an apron on. The Grand Father figure is sitting on a piece of wood that is also provided.
The headgear looks pretty accurate for civilians in this area of Eastern Europe during World War II.
Conclusion: It appears that Master Box has some great looking civilians to fill the very large gap in this area of models. It also gives you the chance to make endless diorama's in Eastern Europe.
I highly recommend both these kits for anyone who enjoys figures and wants to add civilians to their dioramas. I would like to thank Alexander Surzhenko of Master Box Models for the review kit. 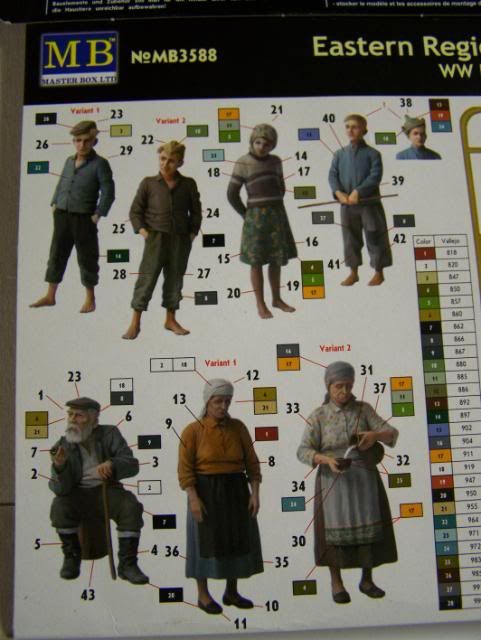 Even though this was first brought up in this forum, I've posted again.
Enjoy.
Shawn

As you say Shawn, WWII period civilians have always been a rarity.

MB are doing some marvellous figure sets right now. I just need to get a lot better at painting them.

Simon,
Thanks, I agree, It's great to see all the cool sets of figures that Master Box is coming out with, but what is really great about them, is that they want people to sign into their guest book and tell them what you want to see in plastic. Then before they send it off to production, they post what they have so modelers or historians can tell them if something needs to be changed before it goes to production.
My ability to paint figures is far from great too... I wish I could paint half as good as most people can.

This is a pretty darn good kit. Of course I am not building it as is, but that is just me. In addition to the conversion choices a modeler has from the extra pieces in the kit to change things up, this kit converts nicely to other subject. Currently I am converting the 3 children into Vietnamese children and this figure set lends itself well to conversions of those kinds.

As always, I am amazed at the way MasterBox comes up with good subject matter. This kit is a great addition for World War 2 modelers as well as us conversion geeks.

James O'Leary
Be nice to me I am new

James,
Sorry I missed your reply, (Somehow I've been busy)... I can see them now being
transformed. Can't wait to see what they look like when you are done.
Shawn