Modern US Tankmen in Afghanistan. “Can we buy one of your sheep for a BBQ?”

Modern US Tankmen in Afghanistan. “Can we buy one of your sheep for a BBQ?” 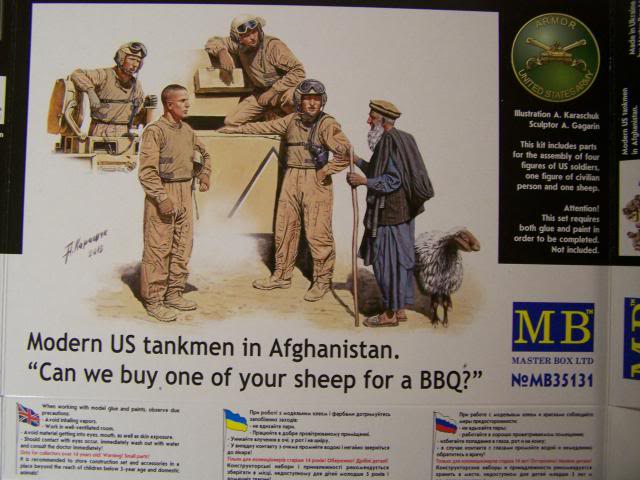 " />
Modern US Tankmen in Afghanistan. “Can we buy one of your sheep for a BBQ?” 1/35th Scale, Kit # MB35131
By: Shawn W. Gehling
This is another modern set based on US Army/Marine Corps Tankers in Afghanistan, talking with a local and trying to barter for one of his sheep. 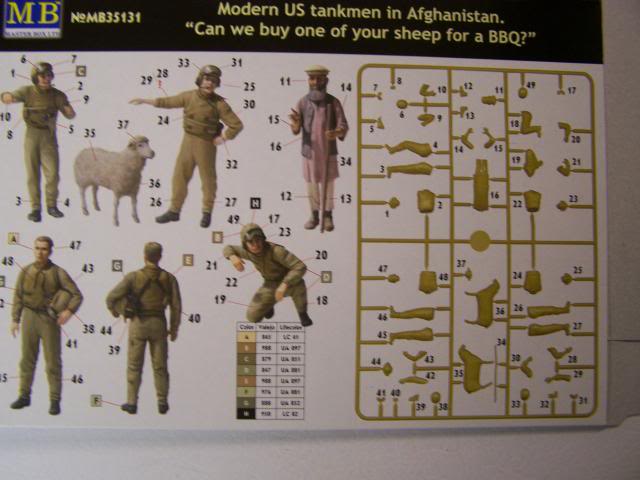 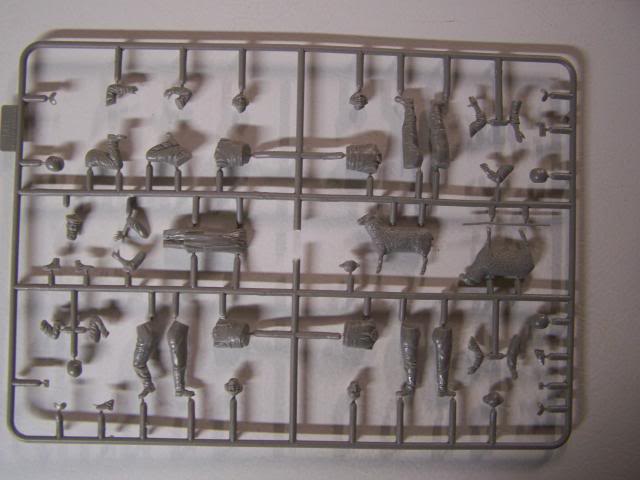 " />
Contains 1 sprue with 48 pieces that have no flash.
It has four US Army or Marine Corps M1 tank crew, one is kneeling and three are standing in a relaxed manner. One Afghan male (possibly an elder) Shepard and one sheep. Three of the tankers have sidearms that are holstered and all are wearing modern tanker coveralls and body armor. Three are wearing their helmets and one has his tucked under his arm.
The weapons, uniforms and equipment look accurate.
Conclusion: It appears that Master Box has once again released “a diorama in a box”. All you need is a tank to park nearby.
The uniforms and equipment are covered in numerous books, so information on these should not be too hard to find, as is the Afghans clothing.
Overall this should build into an outstanding replica and is highly recommended for anyone who enjoys figures.  I would like to thank Alexander Surzhenko of Master Box Models for the review kit.