Modern US Infantrymen – Cordon and Search

Modern US Infantrymen – Cordon and Search 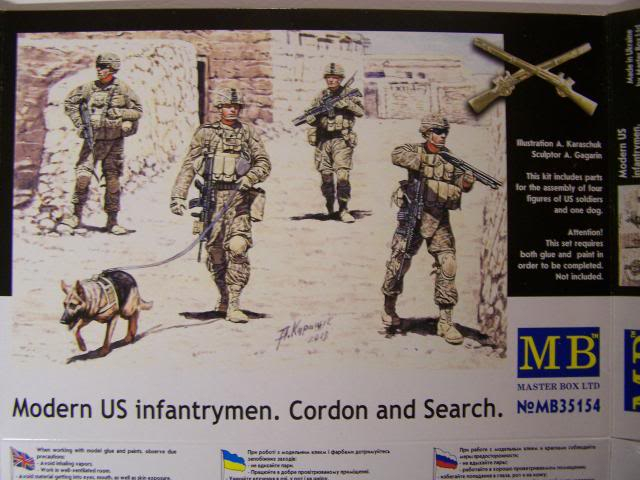 " />
Modern US Infantrymen – Cordon and Search. 1/35th Scale, Kit # MB35154
By: Shawn W. Gehling
This is another modern set based on US Army forces in Iraq or Afghanistan (conducting a search). 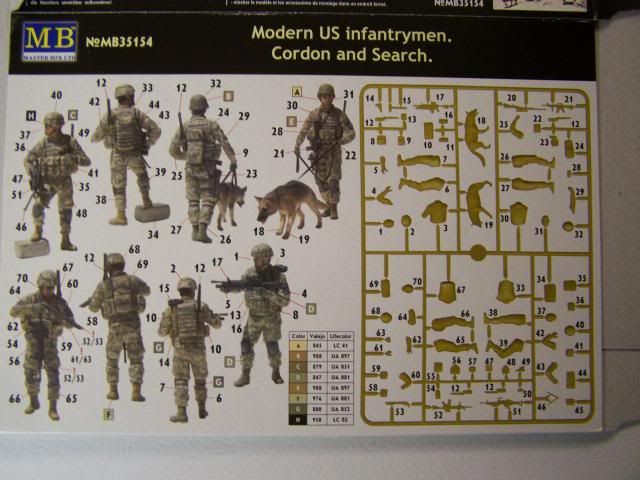 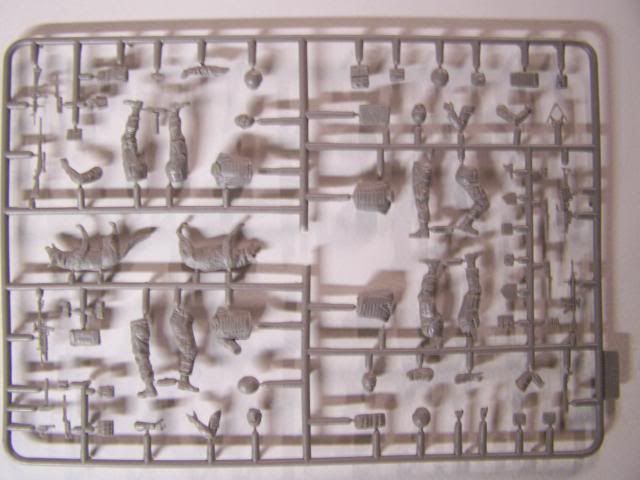 " />
Contains 1 sprue with 73 pieces that have no flash.
It has four US Army soldiers and one Military Working Dog (MWD). one is dog handler and is armed with an M-16 and an M-9 Beretta Pistol. One is the “Gunner” and carries the M-249 squad automatic weapon (Machine gun) and an M-9 Pistol. Another appears to be the point man and carries and an M-16 and a shotgun. The last soldier the M-16/203 grenade launcher and an M-9 Pistol, He also has a heavy hammer on his back to open doors. All are in modern camouflaged uniforms with body armor and had a ton of equipment that can be mixed and matched to that soldiers (or your) liking. Most of the M-16 variants have the ACOG scope. There is also a snipers rifle on the sprue. All are in relaxed but alert poses.
The weapons, uniforms and equipment look accurate.
Conclusion: This is another Master Box diorama in a box.
The uniforms and equipment are covered in numerous books, so information on these should not be too hard to find.
Overall this should build into an outstanding replica and is highly recommended for anyone who enjoys figures.  I would like to thank Alexander Surzhenko of Master Box Models for the review kit.