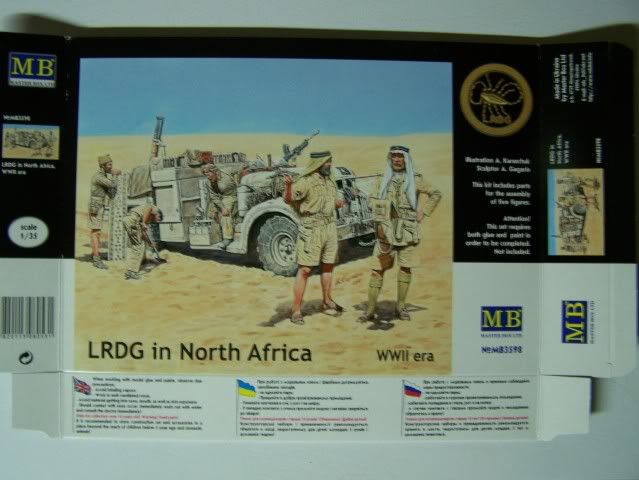 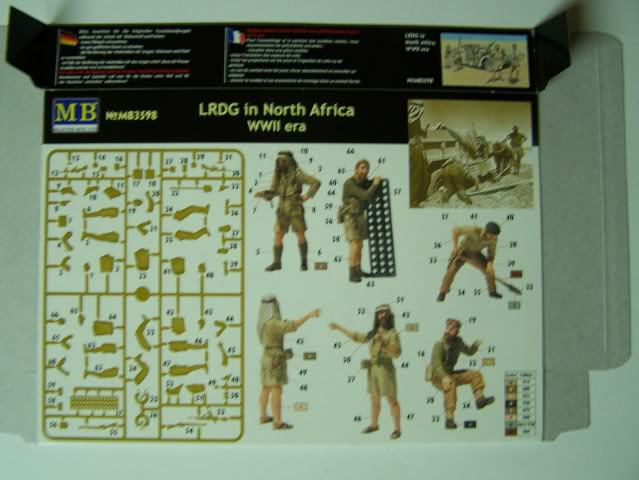 This is another excellent set based on “Non Combat” poses of the famous British Long Range Desert Group (LRDG) in North Africa.
The Kit: 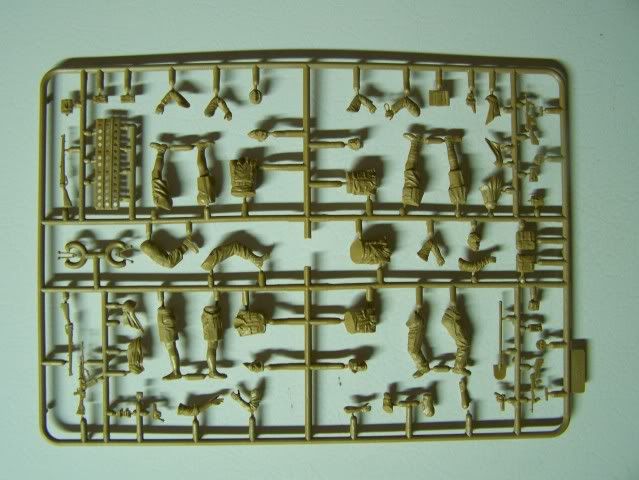 Contains 1 sprue with 66 pieces that have no flash.
This set contains five (5) figures all in various British Army dress (both issue and non issue) for that timeframe Two of the figures are officers conversing about land navigation or targets, while the three enlisted appear to be getting their Chevolet truck (they used 2 wheel drive vehicles because they were lighter) unstuck from the sand. The set gives you a wealth of really nice weapons (3 pistols, 2 enfield rifles, 2 Thompson machine guns with box or drum magazines and a Bren gun). One figure is even leaning on a sand mat (used for getting these vehicles unstuck).
The weapons, uniforms and equipment look accurate.
Conclusion: Master Box has done it again, producing five excellent in “non combat” poses. Add a LRDG Chevolet, some sand and you pretty much have a great looking diorama right in the box. Individually they could be used as mini-diorama's too.
Uniforms and equipment are covered in numerous books, so information on these should not be too hard to find.
Overall this should build into an outstanding replica and is highly recommended for anyone who enjoys figures. I would like to thank Alexander Surzhenko of Master Box Models for the review kit.
Have fun and Happy modeling
Shawn

This set will be an asset to go with the vintage (Out Of Production) TAMIYA Chevrolet L.R.D.G. truck and British S.A.S. Jeep, supplemented by modern accessories esp the jerry cans.

Peter,
My son is stationed in Japan, I'm going to see if he can find me a couple of the LRDG Chevy...
That would be sweet. I remember building a bunch of them back in the day...
Shawn