I recieved this bust from Andrew Cairns for this review. The Bust came in a sturdy white box with a photo of the painted bust on top. It was in a zip-lock bag and wrapped in bubble wrap. No parts in my sample were broken. 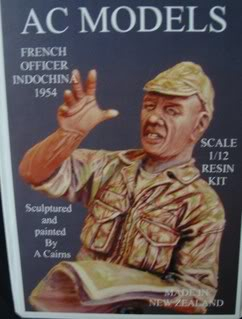 Now I will be the first to admit this is not an era I have any reference on. As a matter of fact until I recieved this bust I didn't give this time frame or war much thought. But thanks to A. Cairns that has changed with this very interesting bust. Also while at a local show i noticed a fellow modeler looking through a book he had just purchased and there was the fellow the bust was sculpted after I believe. And I must admit the bust is a very good likeness of him.

The bust is cast in grey resin and consist of four parts. The torso. right and left arms and a base. 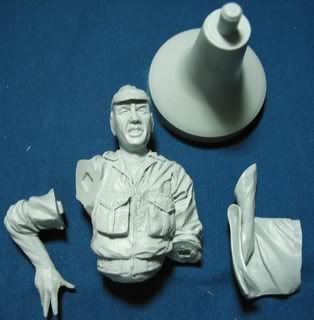 The casting is quite clean with a few slight seams that were very easy to remove. My figure had a tiny air-bubble in his one finger but was easy to fill so no problem there. 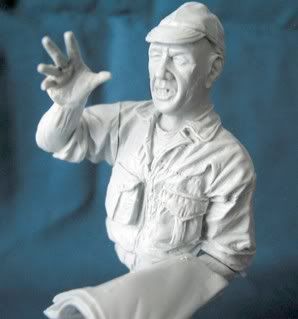 The detail on this bust is very good. The undercut of the t-shirt is nice as are the folds in the clothing. The sticthing on the bill of the hat is also quite nice.
The fit of the arms to the torso was quite good with only a small amount of filler needed. The drape of the maps over his left arm is also well done. A. cairns did a nice job on the busts face as it is very animated. 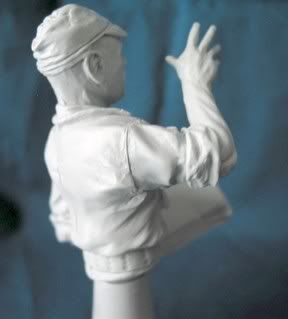 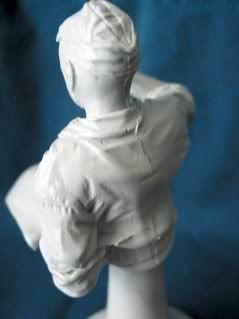 There are no instructions or painting guide included, but A. Cairns box art is well done and his camo will help. Again a little research and you are on your way to learning something new.

I really feel a similar thing with a new project , the research that you spend on a new era involves you in the history of that conflict . It is a great journey that you travel .

A figure such as this offers more than a painting challenge , it is a broadening of knowledge which makes the project a lot more rewarding .

Looks like Brigadier General Langlais, I will have to find this one.
Looks nice.
Panzer