Well I got the first of two surprises when an odd shaped package arrived for me , it was the German DAK Panzer Officer I had been waiting for , this is the last of the figures to go into my xLbL build here. But what makes this figure different straight away is the packaging , in a bottle !!!! 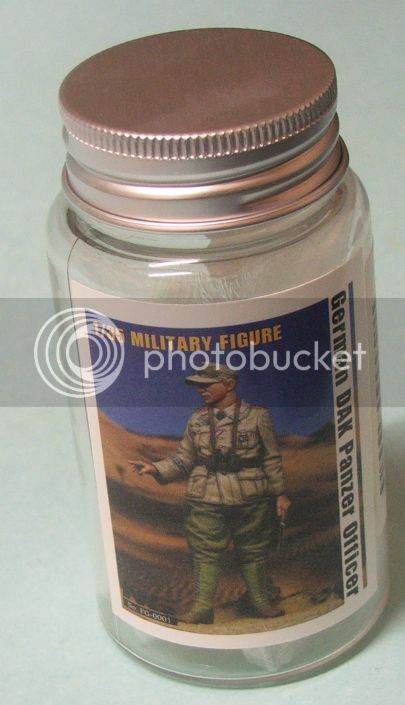 The bottle is recyclable plastic with a metal lid , this itself comes in a plastic bag & inside this the figure is well packed . 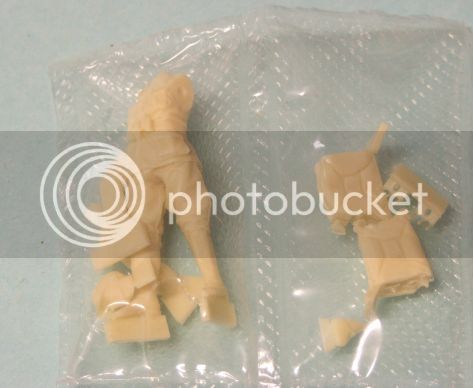 It was when I finally got the figure out of the jar that you get the second surprise , not one but two badly battle damaged Jerry Cans !!!! These are real gems themselves & one can imagine the Commander pointing the one with the bullet hole through it to his crew & its contents will make some awesome weathering effects . 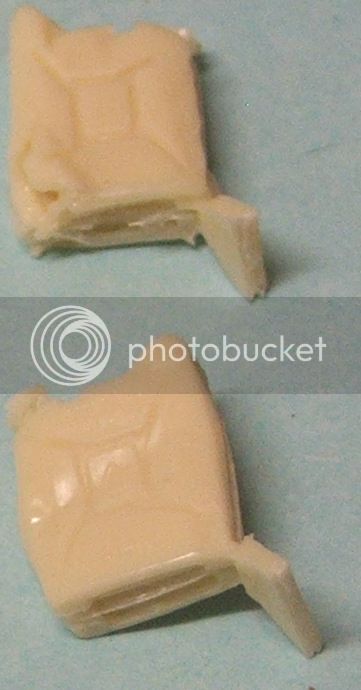 The cans in detail both come with seperate handles & the central weld seam is moulded integrally . 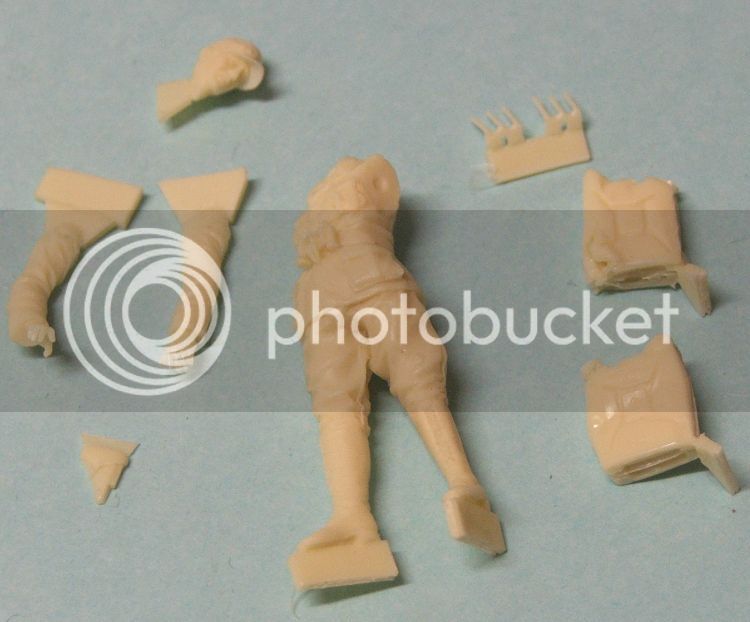 The figure is wearing Jodhpurs standard DAK Tunic & high laced boots with a belt , seperate pistol pouch , integrally moulded binoculars & has the DAK field cap with goggles , the "Bottle" art shows him gesturing with his right hand & holding a map in the left hand . The map however is not included . The figure is cast beautifully with no seam lines visible on the main body or head , there is some small elements of flash between the fingers that a sharp scalpel will fix.

I have not assembled the figure yet but will update this thread on fit issues or lack of them . I have compared the size of the figure to the Alpine figures & it scales out well in all respects , the level of detail in the sculpting of the figure is on a par as well which is a great thing .

Being how I will re-use the little jar for something modelling related , the quality of the figure & the bonus two Jerry cans I am extremely happy with the figure & it comes highly recommended .

that figure looks phantastic as do the jerry cans! that will give the opportunity of loads of scenery possibilities!

I've recently acquired this figure and I'll agree with your assessment on all accounts. Regarding the Jerry cans, you can see them buried in the sand on the box-art - but it's a pity that the map isn't supplied.

(BTW, an odd question, but did your bottle smell funny when you opened it? )

Yes it did , the Neograde resin has a pungent odour , like Legends stuff . I have some of their accessory sets, they all reek real bad !

Well I finished the figure

, unfortunately I bumped him as I went to photograph him & his index finger fell off

So I added some brass wire & coated it with Mr Surfacer 500 & I will fix it up when he dries . 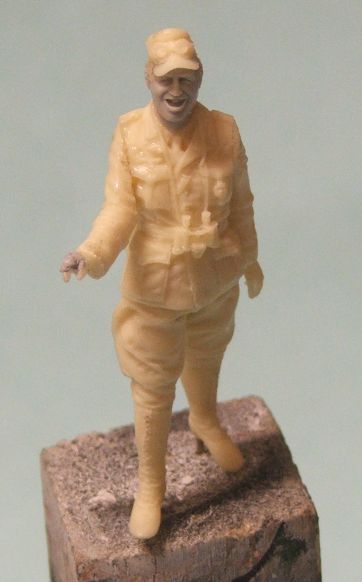 the head is a Hornet one , not through a fault to the other one , it was the expression I was after . I used the kit cap with the head removed with a router in my dremel .