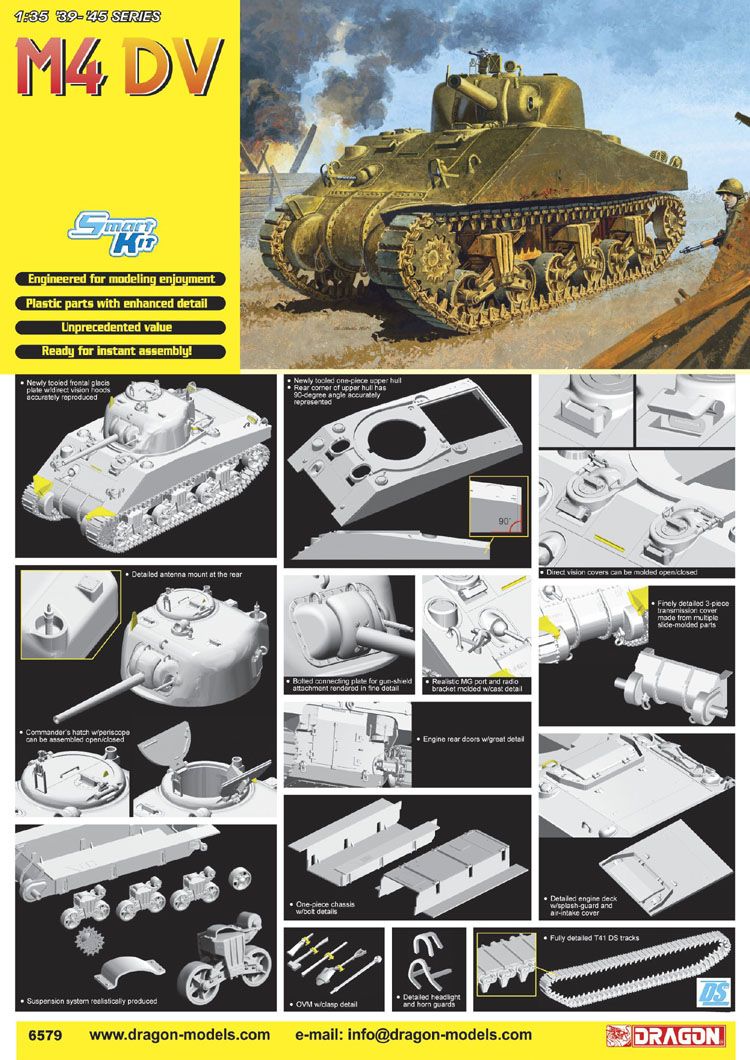 Never been seen in plastic before...

So pull your head in rolly eyes lady

Looks like Shermans are held in the same Light as Flying Thingies...guess i'll have to build one soon.

But Flying Thingies are much more interesting than Shermans

Best of all, it's ready for instant assembly! 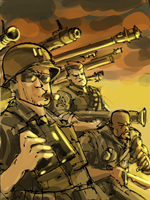 chukw
Be nice to me I am new

At least it's not a paper Sherman.

Never been seen in plastic before...

So pull your head in rolly eyes lady

Whadya mean? It looks just like all the other Tiger-fodder

not another Sherman.... why can't they release something original... like another Pz IV

Seriously though, I'm happy for you Allied folks - you can tell, can't you?

seems like the Sherman is closely related to the P51 & Me109 families with the number of versions being released.

Not surprising when there was over 50,000 of the real thing made. Believe it or not there are still major variants not kitted yet. By Major variants I'm talking about vehicles actually produced and used in service in qty.
Gven DML's pricing here I think I'll go the same route DML took and start with the Tasca M4A2 using left over M4A1 parts to get a really good M4DV. From Pawels comments the 50 cal that this kit should come with is still a hybrid with late cradle on early pintle with Early Ammo Box. I hope they have the sense to include the applique set from the M4 kit as almost all M4DV's in the NWE campaign were fitte with it.
Still a new Sherman is a good thing.
Cheers
Al

Just what the Germans used to say

Wasn't there some quote (fictional perhaps) of a German tank commander that said something about the Panther being so superior to the Sherman that "one Panther can easily beat ten Shermans... only problem being there are always eleven"?

*or something to that effect

A fairly common line from the German Armour fans but the quote was five and the facts never supported it. The mechanics of it are far greater and have to do with roles and employment. When the roles were reversed and the Panthers were attacking (or counterattacking) prepared or hastily prepared positions as the Shermans were almost always doing the kill ratios were reversed. The majority of Sherman Losses in Normandy were due to AT and Infantry AT not the much vaunted Panthers & Tigers. There are many occasions when the Allied tankers inflicted massive damage (with their Shermans and not the usually quoted Air Support who took a much smaller toll than they get credit for. The Canadians and Brits who faced 90% of the Heavy German Armour in Normandy took huge tolls of the counterattacking panzers in the same way the Germans did when they attacked. Not many of these have achieved the literary stature of the Germans as they weren't held up by a propaganda machine at the time as the allied philoshophy was to emphasise teamwork not individual glory. Some of the Commonwealth and US Shermans went on to score large numbers of kills including Panthers and Tigers which is a lot more difficult when fighting in a vehicle the technical inferior of the enemy. Dring, Currie, Kite, Harris, Poole and Abrams were all high scoring tank aces just not venerated in popular press at the time and quite relectant to sing their own praises. Kite is a good case in point being awarded three MM's (the highest he was likely in a very class conscious military where if he was an officer his award would have been higher. His action in the orchard at Le Grande Bonfait ranks up with Barkman and the other much vaunted German aces and he did it in a 75mm armed Sherman which had being knocked out and abandoned the day before during the Goodwood Battles.
When the US broke out into open advance there were a few notable incidents where Shermans and TD met large attacking forces and came out on top because the Germans were attacking and the Allied tactics used the Shermans reliability and mobility to nullify the advantage they had in long range firepower. In the battles around NANCY it was Panthers attacking an out numbered US combat command in force that got slaughtered and no Air Support was involved.
Its an old military doctrine that the defender has a massive advantage and it holds true before we even go into the Panthers mechanical unreliability. And for the record the US and Brit & German tankers noted that Panthers tended to burn just as fierce as a Sherman when hit.
Zaloga wrote two excellent books dealing with the Shermans - one was an Osprey Duel on Panther vs Sherman and the other which I commend to all those who think the Sherman was a joke - Armoured Thunderbolt. This title is serious reading for anyone who wishes to understand tank warfare in NWE.

Wow, that release seems to have polarised opinion!

Personally I just like building tanks and frankly the more unusual the better. I just wish Dragon would weave their magic on new versions of the Valentine, Bishop, Covenanter and the like. Fingers crossed.

A German officer fighting in Russia once wrote; We (the German army) are like an elephant, and the Russians like ants, We crush thousends of them mayby millions, but in the end the elephant will be overwhelmed by the ants.

have to agree with spanner here even though im not a sherman fan myself
we all know of the feats of german tankers such as whittman etc etc but few know of the british, canadian and us tank aces and there where loads of allied tank aces, very few reference is made of the famous caan tank battles where the british/canadian sherman fireflies wrought havoc on any beast they encountered, to such a point where anti tank guns and squads where instructed to ignore the 75mm armed shermans and pay full attention the the fireflies. when the us started uparming their shermans with the 76mm the kill rate rose dramatically, the us 76mm although not as powerful and the firefly"s 17lb still pack a formidable punch 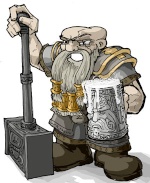