The changing world of warfare , when armies no longer wear uniforms and where there are no distinct battle fronts , when buisnessmen are being abducted and buisness enterprises are threatened , protection goes beyond the military to the Private Military Contractor (PMC) who is employed to protect civilian concerns . Military trained but working for the private sector these men are usually ex special forces , wearing a mix of military & civilian clothing but true professionals .

With such vital assets being predominant on the battlefield it is only logical that these PMC's are now available in kit form . Enter New World Miniatures with this kit of Private Military Contractor "Rambo" . 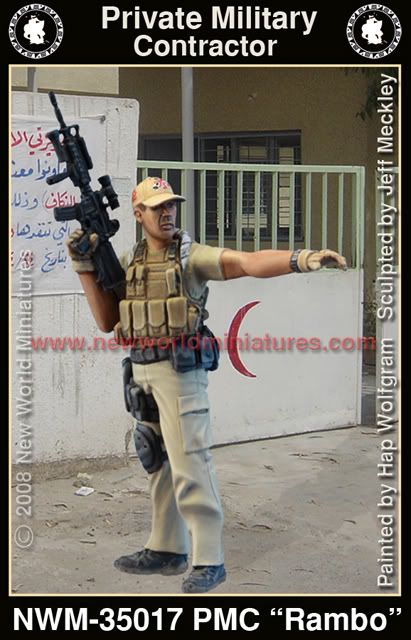 Sculpted by the master sculptor of modern figures , Jeff Meckley , of Think 180 figures fame , this second PMC from the New World Miniatures stable is posed gesturing to a comrade , a popular stance in figure modelling . 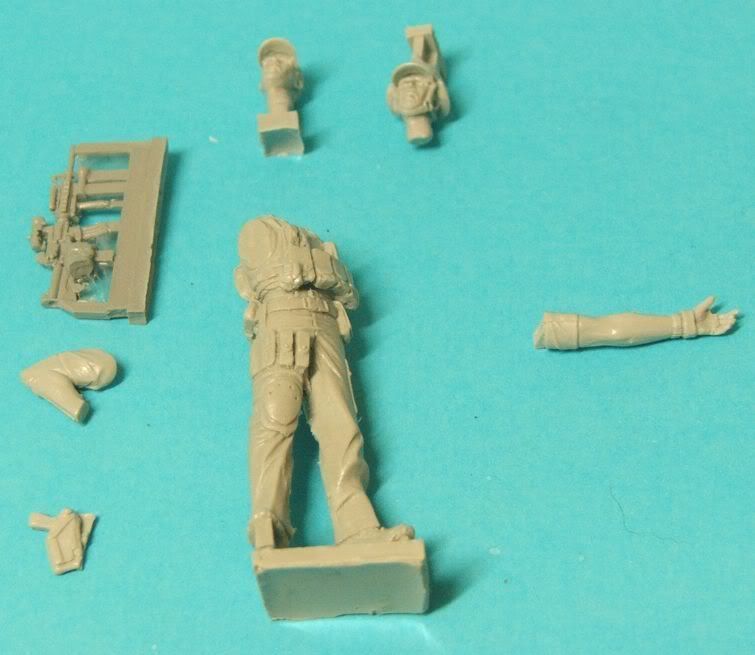 The figure comes with a choice of two heads , the box art Baseball Capped head and a second head wearing a cap and also wearing the standard US Style Ballistic Helmet over the top which looks a little unusual. 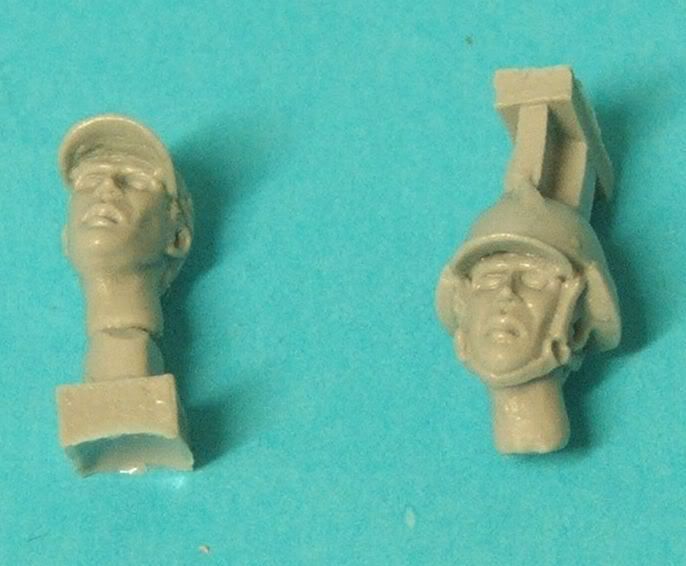 All the pouches for the AR-15 M-4A1 and pistol are moulded on with only the pistol holster to be added , the sneakers are particularly nicely detailed , as is the knee guard . 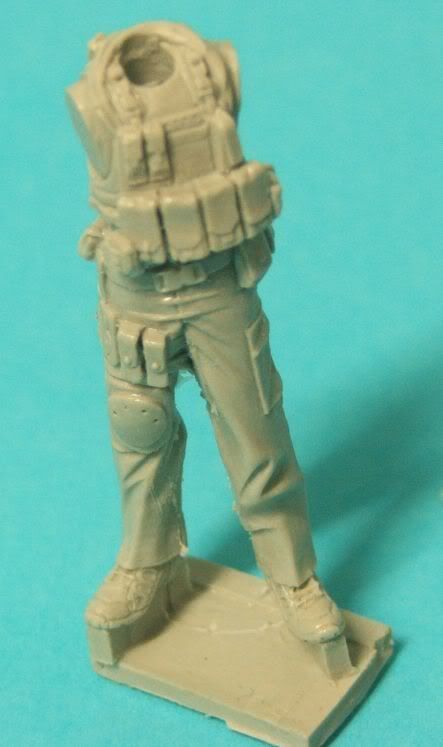 The multiple pouches continue around the back , a leatherman pouch and fanny pack . Some minor flash is evident between the legs , a sharp scalpel will soon clean this up . 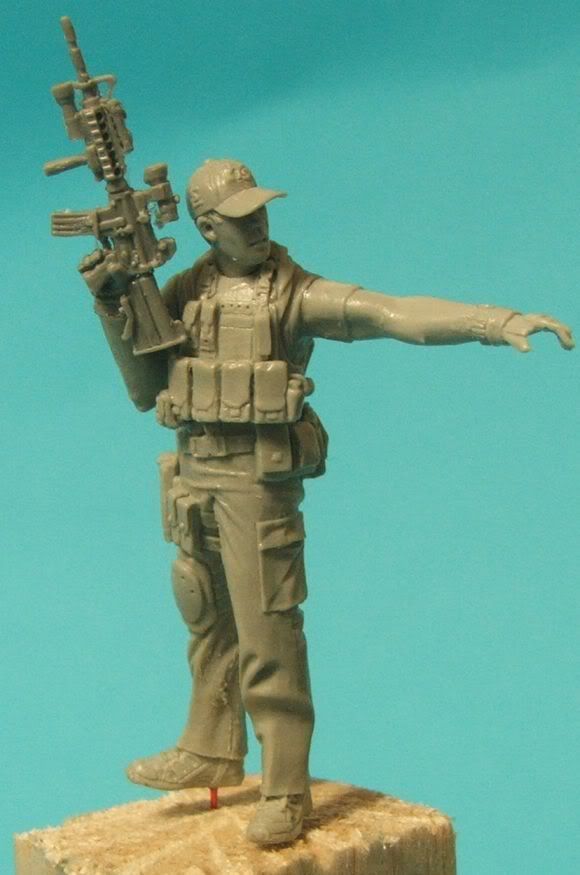 With alternate head the figure looks like he is wearing a baseball helmet . Note the surecatch belt clasp and the texture of the watch band . 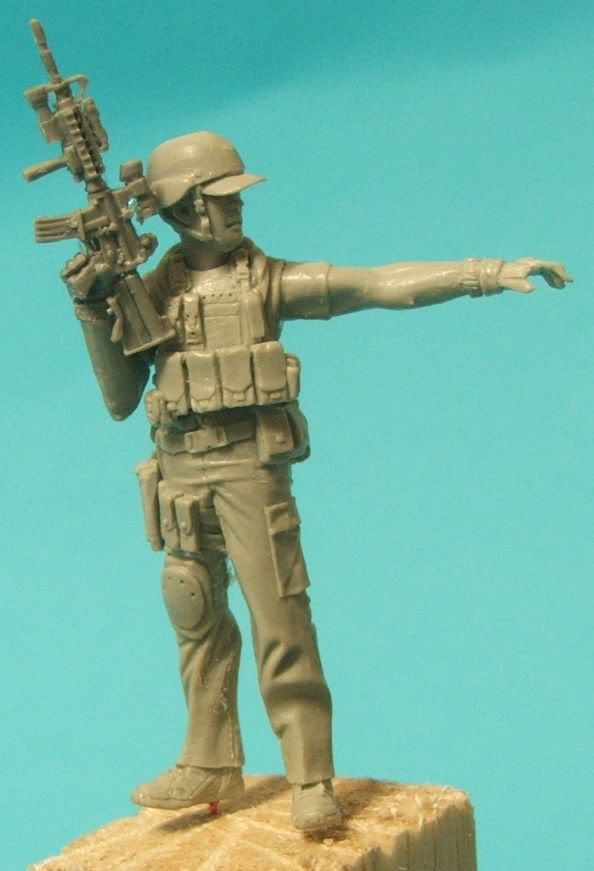 The figure is superbly detailed and is an ideal accompliment to PMC "Pablo" , the figure can easily represent a US special forces operative , specially with the way that he is equipped .

very nice review. It made me order this figure;my first modern figure after years. Thanks

Graywolf wrote:It made me order this figure;my first modern figure after years.

Who are you, and what have you done with Engin?!?

Thanks for the review, Jenny

LOL...believe it is me Bro... I felt I can not concentrate to paint historical and ordered this PMC with this great review of Jenny. I will paint it immediately as it arrives. Take a break from Mafia Wars and paint some