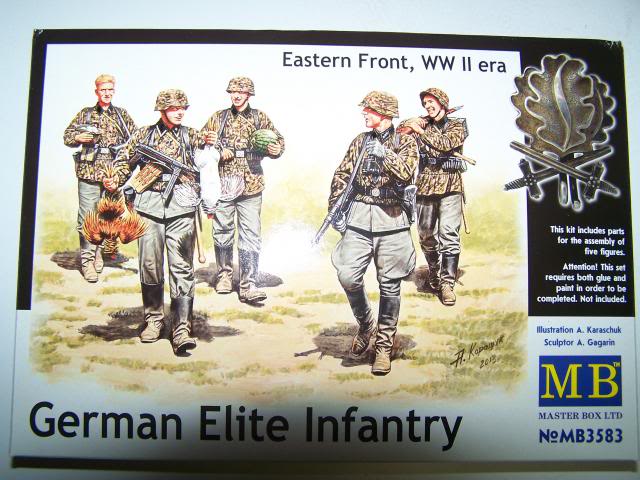 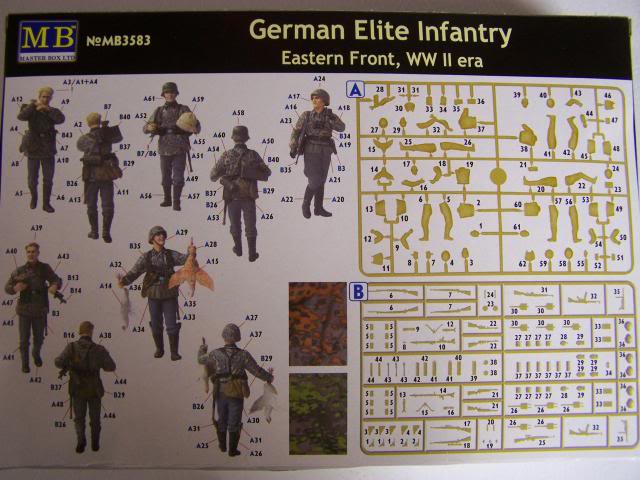 This is an excellent kit based on German SS Infantry gathering liberated supplies for their next meal on the Eastern Front. The uniforms appear to be from the Spring or Summer and they are wearing their camouflaged smocks and helmet covers.
The Kit: 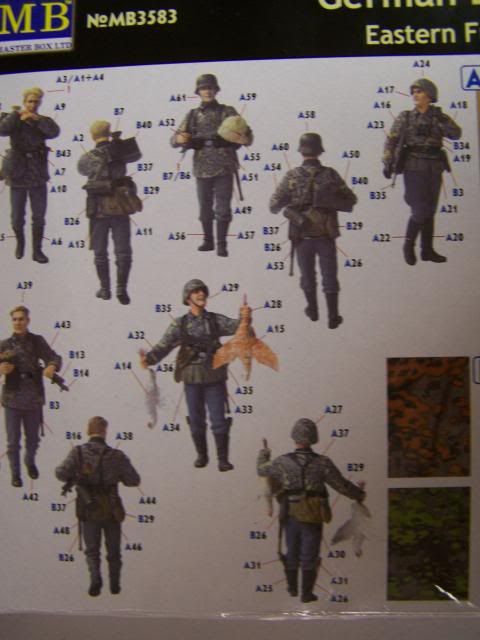 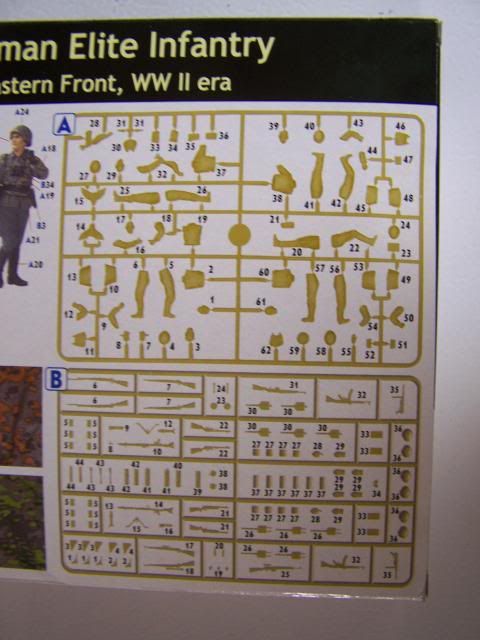 Contains 2 sprues with 175 pieces that have no flash.
The first sprue is the figures and contains 63 pieces and is in light grey plastic 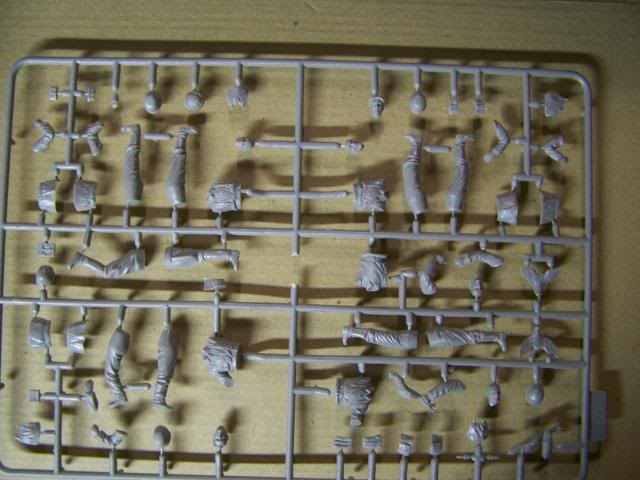 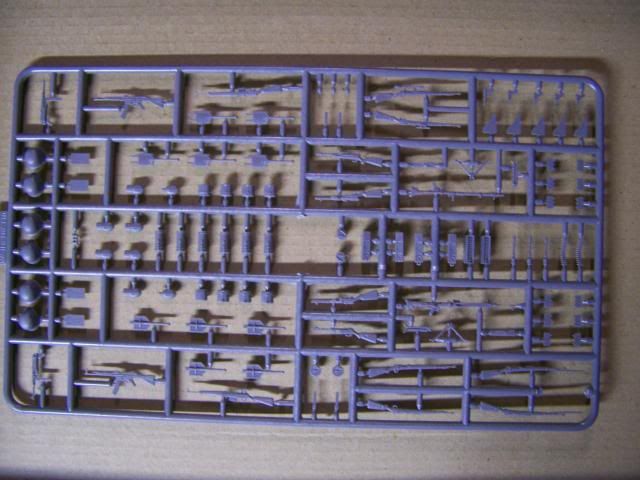 This kit contains five German SS Infantry figures all are in relaxed poses (walking) returning from liberating their next meal from the local populace. One is carrying two chickens, one has a helmet full of eggs and one is carrying a head of cabbage (or could be made to look like fruit).
The weapons set allows you to arm and equip them how you want as it carries an array of German equipment and weapons used on the Eastern Front to include: 6 helmets, 6 gas mask canisters, 8 water bottles (two without the canteen cups attached), 10 entrenching tools (5 early and 5 late war issue), 8 Mess Tins (2 without covers), 1 pair of binoculars and ammo pouches, drums, magazines or boxes for all of the weapons provided (2 of the MG ammo boxes are open and come with belted ammo).
Weapons include: 2 P38 Pistols (with holsters), 3 Lugar pistols (with holsters), 2 Gewehr 43/Karabiner 43 rifles (one with a scope), 6 KAR 98 Rifles, (2 have bayonets attached and 2 have different type scopes), 2 STG 44 assault rifles, 2 MP-40 Machine Pistols and 2 Bergman Machine Pistol 35’s, 1 MG 34 machinegun with two different bipods (open and closed), 1 MG 42 machinegun with two different bipods (open and closed) both have the ammo feed area molded separately, 2 Soviet PPSh-41 sub machine guns and various magazines for the weapons that take them. There are 3 model 43 stick grenades and 3 model 39 (egg shaped) grenades. All in all this is a great kit all by itself.
Conclusion: Once again Master Box has released another set of figures that are a “diorama in a box” and can be displayed alone, or you can put them in a diorama with vehicles or building, again the possibilities are endless.
The uniforms and equipment are covered in numerous books, so information on these should not be too hard to find.
I highly recommend this kit for anyone who enjoys figures and wants to add cool British weapons to their dioramas.   I would like to thank Alexander Surzhenko of Master Box Models for the review kit.

I've always liked the figures that Alexander Surzhenko of Master box models puts out. I still feel bad I didn't get his Ukraine flag sent off to him from Iraq. Alex is probably still mad at me about that. I wonder how his gang is doing with all the unrest that's going on over there right now? Have you spoken with him lately?

Chris,
I E-mail him all the time. Last I heard from them, they were wall fine.
Do you still have the flag?
I have his address if you need it.
I'm sure he holds no ill feelings.
Shawn

I probably do have it somewhere between Georgia and Virginia in storage. With all the moving we've been doing, I don't know where half my stuff is. There's a conex in Georgia at my cousins house and a storage room here in Virginia loaded to the ceiling with stuff. It could be anywhere.

No worries.
If you find it, I'm sure he would be happy to get it.
Whenever.
Shawn

I'll look around what I have in storage here and see if I have it or not, but I'm afraid it's down in Georgia somewhere. I could always buy another one. I think I still have the certificate on a thumb drive as well.

I wouldn't worry about it...
Whenever you find it that will be fine.
Shawn