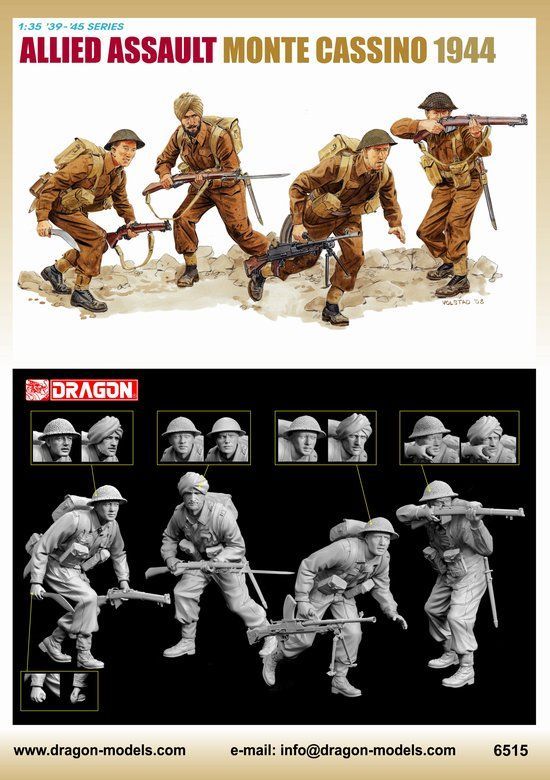 "Dragon’s latest 1/35 figure set features Allied soldiers that fought in this famous Battle for Monte Cassino. In fact, it is a truly multinational release, for the set can be adapted to suit New Zealanders, Poles, Indians or Gurkhas. This cosmopolitan kit is unprecedented in Dragon figure sets, for it features three head options for each of the four plastic figures.

The remarkably sculpted head options include Caucasians, Sikhs and Gurkhas that allow figures from the four aforementioned nations to be represented according to the modeler’s wishes. Examples of the four nationalities are portrayed on the box top. Uniform details and personal gear are the same since these soldiers had such items in common. The figures are shown in action poses as they advance through the rubble of ruined Monte Cassino in a brave assault, with figure details sharply defined and molded."

Good to see some other nations being acknowledged in 1/35th scale . It is a shame the sculptors have not taken a bit more attention of the firing rifleman , superbly depicted by Ron Volstad as the actual figure does not appear to be sighting down the rifle . Bound to be a popular set !