I would like to build a Hetzer , just like Mike (we have decided to counter the Blondes with unity ! ) !

) & Voyager update set & WWII Production tracks . I would like to get a hold of some of Brians dots to do the circle camo scheme but I will see how adventurous I feel after the build .

Welcome to the build

Jenny Croft wrote:Welcome to the build

Thanks for making the working PE tool clamps for my Hetzer , that will save me some time !

They are for my Marder Mister

You better not touch my stuff

Less stress for whom ?

But Jenny, isn't that one of your top tips to get perfect German tool clamps with no stress?

Looking forward to the Hetzers taking out the 'Marders'...lol. Hoping mine comes out half as good as yours will.
Hey, I think it's more than fair to 'borrow stuff'. So Jenny, it's important to remember that as the 'Supreme Commander' you need to lead by example so that means you have to play nice and share.

Looking forward to the Hetzers taking out the 'Marders'...lol. Hoping mine comes out half as good as yours will.
Hey, I think it's more than fair to 'borrow stuff'. So Jenny, it's important to remember that as the 'Supreme Commander' you need to lead by example so that means you have to play nice and share.

I have been threatened with a cruel & horrible punishment Mike if I touch her stuff ,

Okay I have made a start anyway , pretty much just the suspension finished . 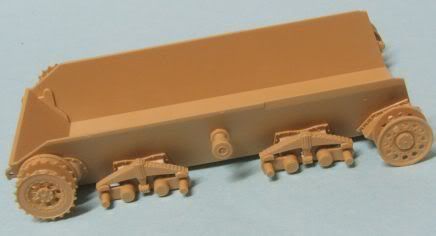 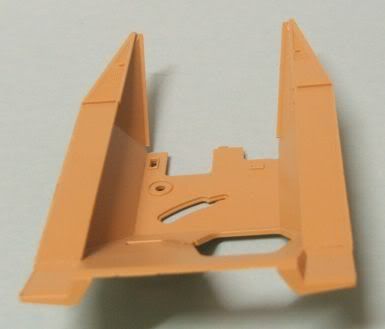 I intend to do some etch soon , if I can ever find my tools

what's wrong with the sponson bottoms?

what's wrong with the sponson bottoms?

It is a bit of a shock to put sponson bottoms in kits , thats all

Richie, go on! We bet, it will be a very nice piece!

If you need tools - make it like Ann. (She takes them from my table to hers and says, that I put them there.

Well, I'm trying to finish up my PzKpfw III and then move on to the Hetzer. I've got an Armorscale barrel and Voyager PE set coming. Not sure how much PE I'll try (PE Impaired as I am), things like "tool clamping" and other serious maladies are lurking out there. So it looks like you'll be leading the way and you got a good start on it. I'll do my best to cover your flank and support with mine.

I think you deserve some PE for that

I think you deserve some PE for that

You are sooooo in the naughty chair Noel

Richie-
Just remember, what's yours is yours, and what's hers is yours! Borrowing tools means more money for kits!

Let's just get that Hetzer finished and painted. Do you have to use Jenny's airbrush, too?

@Jenny - what do you think about a common tool pool?

We handle that in this way - in the kitchen, in the garage and in the modelling laboratory.

Okay on to some brass work 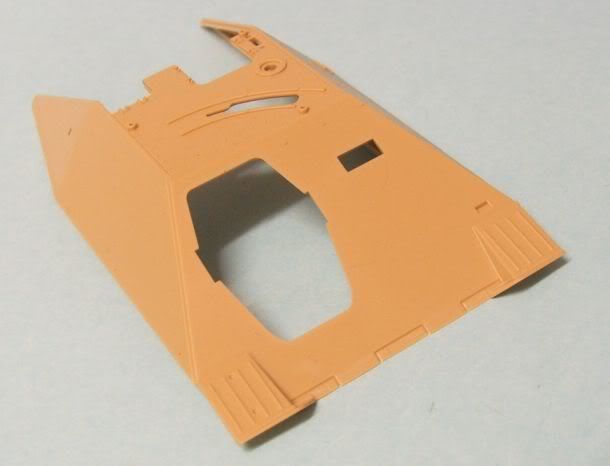 Plastic fenders , we have to get rid of them ! 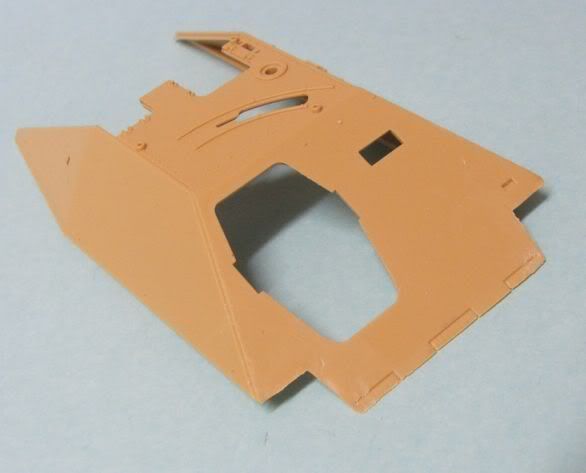 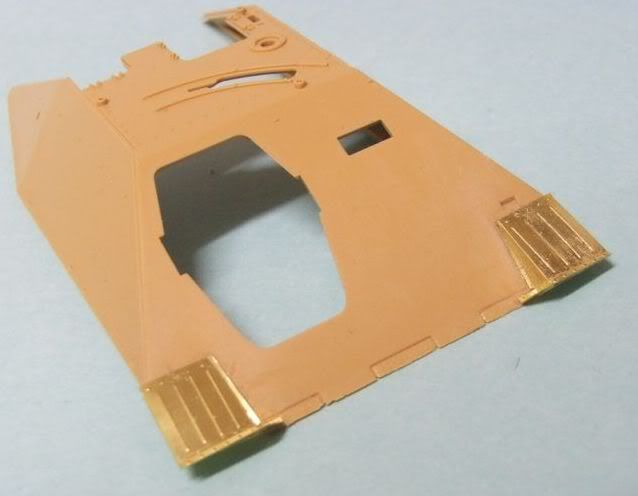 Now on with the brass

good work with the fenders richie!

, Luiz I have never stopped building something , just a bit slower than Jenny !

She will us that against me I know !

I have decided to build the crew figures now , usually I build them later as the vehicle needs completion but I wanted the commander poking his head through the hatch , which means he will need to be built & painted before I glue the hull halves together , I cannot attach the rear fenders until I glue the halves together , which means I cannot attach the schurtzen , so to continue building I better build the commander . 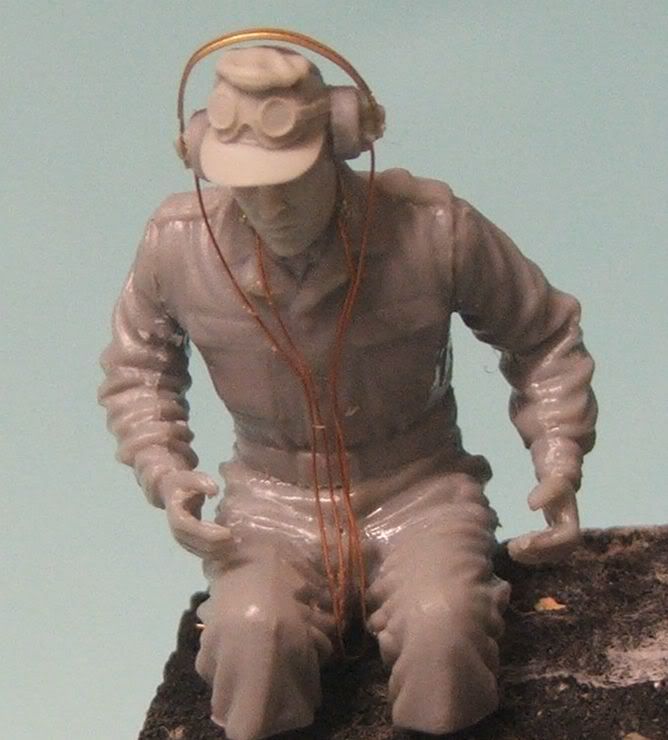 I used one of my favourite Dragon Gen 1 figure sets for the commander & the crewman which I may as well finish at the same time . The set id Panzer Crew LAH Division Russia 1943 which has all figures wearing the one piece camo overalls which can set the crew anywear from 1943 to the end of the war ! One thing I like but Jenny hates is using half figures , why waste the time modelling & cleaning up , painting & shading the unseen ?
The set has the option of either on three figures of the five , all five can be built as full figures if you prefer . 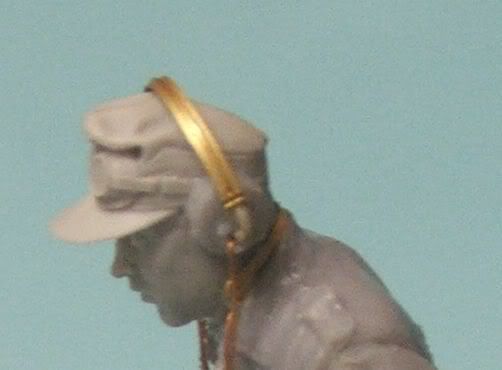 The head being the main thing visible was swapped for a Hornet head with camo cap , I chose the one with goggles as he fitted the vehicle commander better , I used a set of headphones & throat mic & added some wire for both 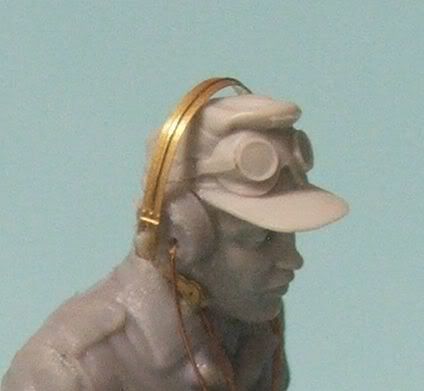 Head and shoulders will be all that will be seen of this guy . 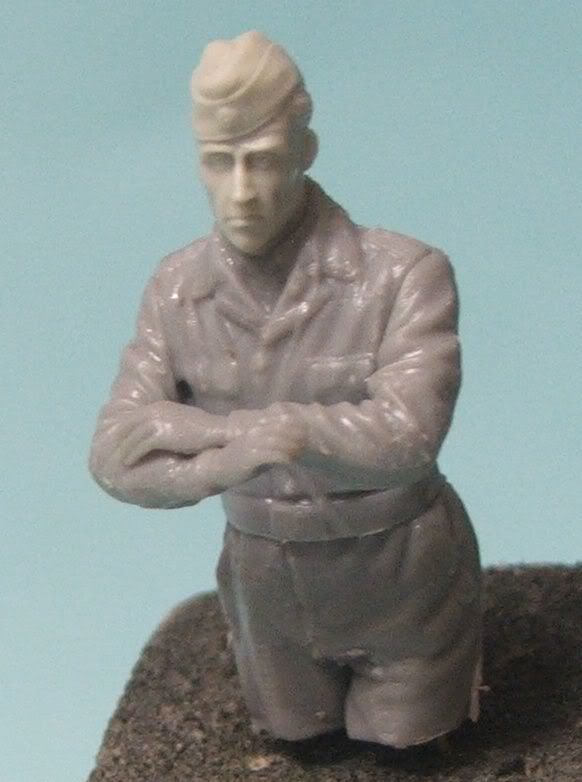 The crew figure is again from the same dragon set , again the head was replaced with a Hornet one , this one from the SS heads with sidecaps . 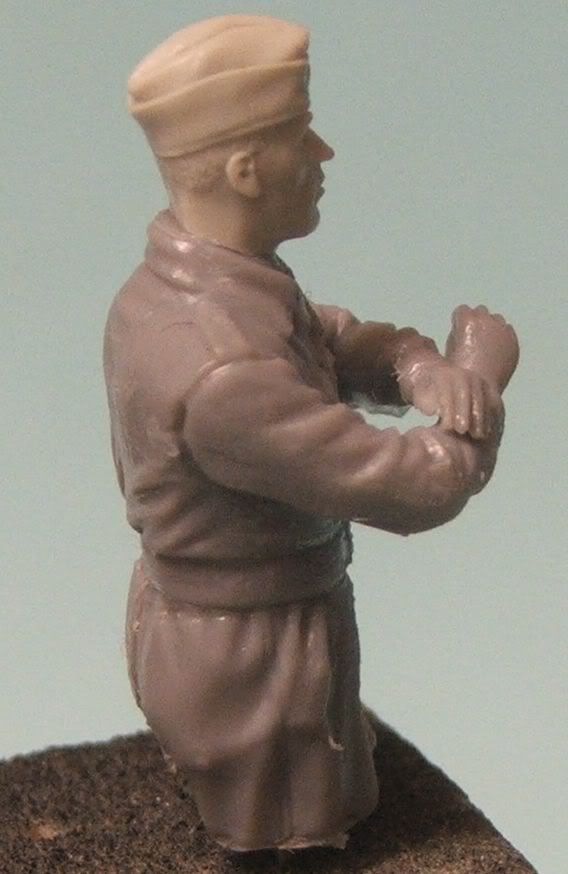 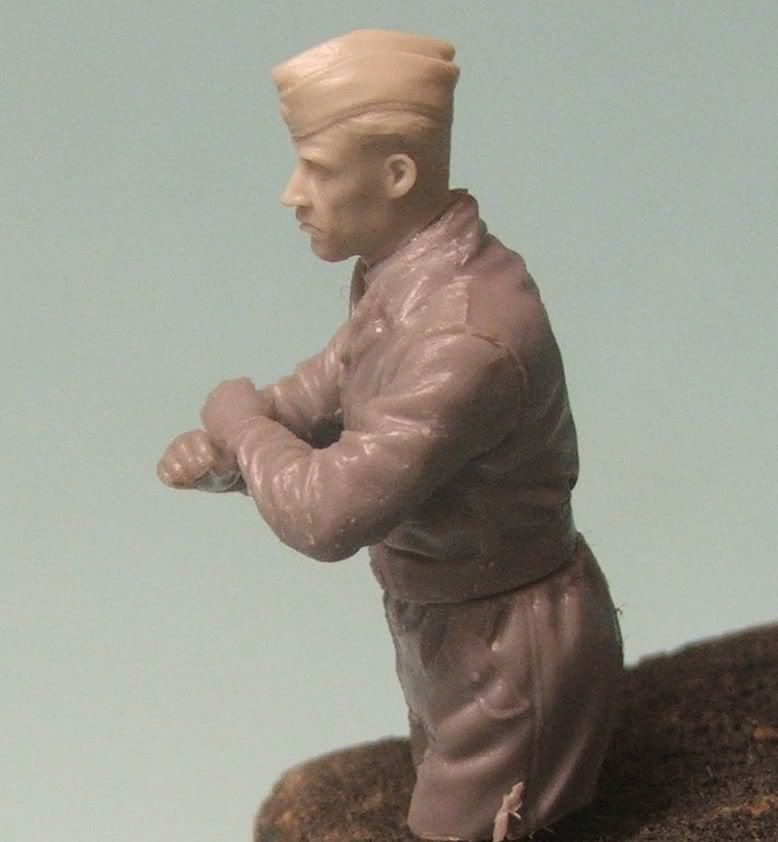 Coming along nicely, Richie. Brass fenders almost a necessary upgrade for the 38 familiy in my opinioni. They alway seem to have a little crinckle or dent that can't be duplicated with plastic.

Hey Richie, Great start on the Hetzer. The Gen 2 figures are much better than the old ones. Your detailing is off to a good start!

Hmmm, what if yours turns out better than Jenny's? I can see a possibility of conflict on the horizon!

Bob, signed in as Susan, this is all so confusing!!!!!

sletterman
Be nice to me I am new

...cool job on the figures!...This DML set is the favourite of mine too!

Richie wrote:...I have never stopped building something , just a bit slower than Jenny !

That's good Richie but please remember that you only have 9 month to finish!

BTW up to this moment your work is impeccable. Keep going that way.
Are you going to bent the fenders?