That's right, first the Tortoise from Meng, now this baby! 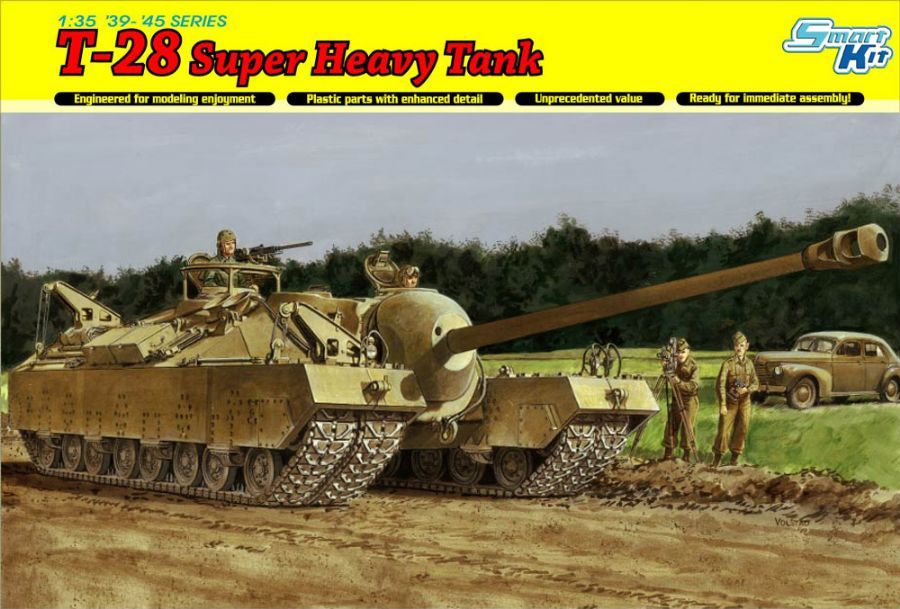 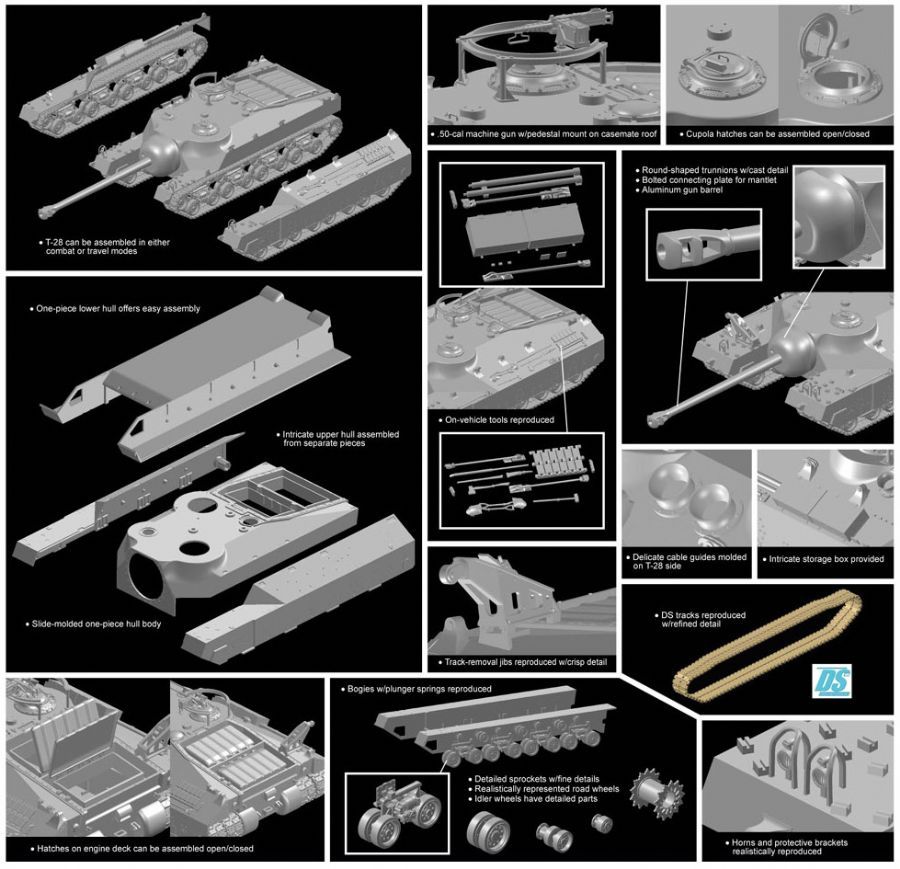 Beware, for as Jenny points out that's 64 road wheels, and if you go for after market indi link tracks

-I don't want to even think about that!

I had to double check the date when I saw this one announced. Looks like I'll be getting another super-heavy before too long. Hoping that this doesn't go the way of the M4A3E2...

This is one of those evolutionary dead ends I love.

I hope this happens.

) then it probably will have a very hefty price too

John T wrote:Now if someone can do some WWI stuff I'll be like a pig in mud

Oh yes and it's not as if there are too many variants for them to get bogged down on. The manufacturers could almost take one each...

) then it probably will have a very hefty price too

I hope either DML,or someone esle makes a T29 and T30 US Army heavy tank prototypes.

The accurate armour T28 is about $180 aus or US, I'm hoping the Dragon one will be less than half that. There's something a little off putting about resin too, maybe the alleged health concerns, or use of superglue.

I like this thing cause it looks like it was designed by some crazy...tank designer person..it's like a 'what if' tank modeller has put 4 shermans and a jagdtiger together. Except that 2 were really built.

It is a shame they never saw action. I would have loved to see a Tiger tank's crew reactions to an 88 bouncing off the fron armor.

Looks like Dragon have stuffed up the dimensions on this thing. The alarm bells started to ring with the first CAD shots showing "Sherman" HVSS and what would likely be 23" T86 track. The suspension was corrected but there was the niggle that the wider tracks would have locked in the hull dimensions and it would be too late to correct.

Well, according to discussions on Missing Lynx this appears to be the case, with the kit being 6.9 mm too wide when compared to the engineering drawings

I'm rather disappointed as this was on my "must buy" list and I now think I'll pass on it. Hopefully someone else will pick this subject up and do a better job, rumour is Meng but personally I'd hope for Tasca. There is also a lot of discussion on how the off dimensions won't show on a model this size (possible I suppose...) and that this is the only game in town (Well there is the AA kit...). But what it boils down to me is that Dragon did a half-arsed job (hoping that this was because someone else is working on the subject) and released a curate's egg of a kit. I'm going to wait for another attempt at the kit or for Dragon to correct the moulds on the sly.

Well, bugger. That is enough to turn me off too; let's hope it gets sorted. Thanks for that info.

Annoying - but not surprising, given DMLs habit of trying to get the jump on the competition.

Either Meng or Amusing Hobby are the likely suspects for this.

What the crap Dragon.

It's just sloppy. There are two of the things in existence and I can think of two people (at least) who could have assisted as technical consultants. The only crumb of comfort is that DML rushed this release because someone else is working on this subject as well.