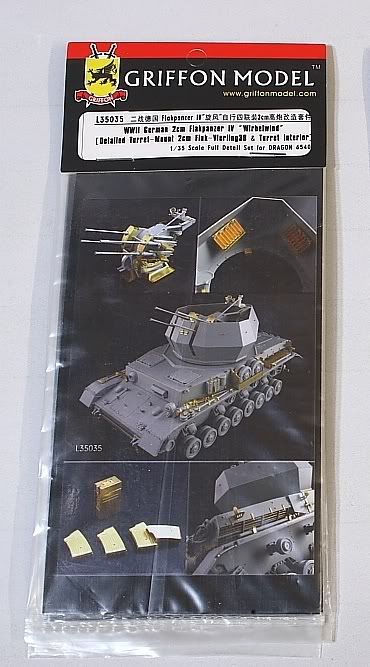 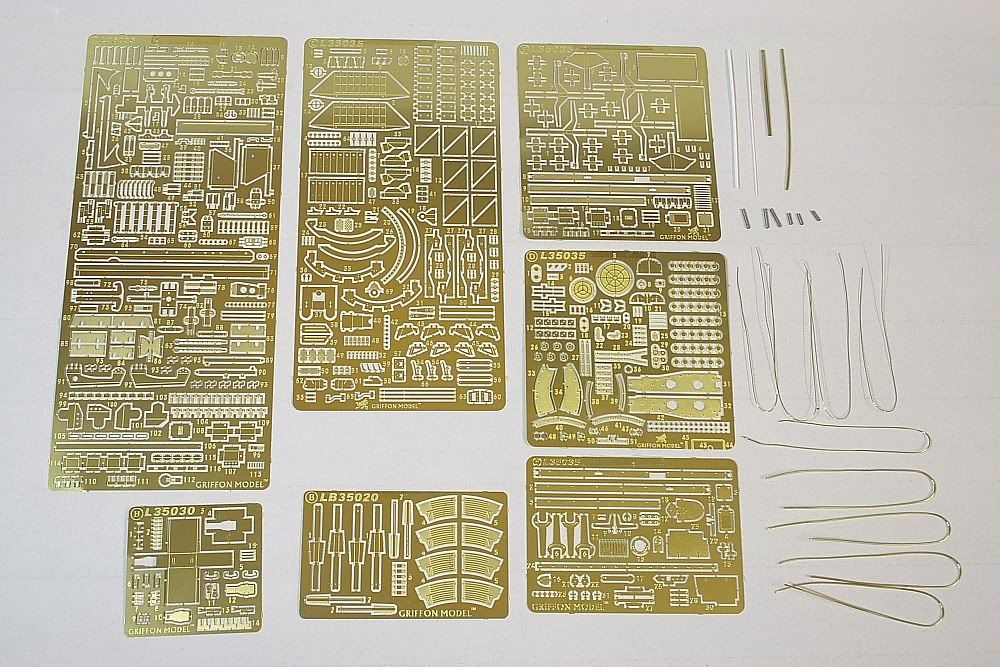 Griffon Model are a company based in China who produce photo etched brass update sets, gun barrels and accessories for armoured vehicle and ship models.

The set reviewed here covers all exterior areas of the Flakpanzer and the inside of the turret, excluding the fenders and the gun barrels. These are available seperately, set no.s L35A059 and LB35020 respectively.

Seven frets contain a wealth of parts, small and very small. The sheets are a good thickness for accuracy and handling, one is thicker than the others for those items which ought to be more substantial. I welcome this as some PE parts I've used before have actually been much thinner than they should be. The parts are sharp and fully detailed, with fold grooves on both sides of the frets. Also included are brass wire of various thicknesses, brass tube, styrene rods and some steel springs. These last items are very nice and are for the fenders, where springs retain the hinged end flaps.

The instructions have 3 sheets of 6 pages, and have to be studied carefully. Everything seems to be 'correct', however many parts are shown in a one step, already folded diagram. I guess this makes the instructions shorter and saves paper...

For the hull, all tool clamps and spare track supports are provided, plus details for the bosch and notek lights, and small PE replicas of the chains that were used to retain removable fittings. Hatch interior details can be added (including the steering brake hatches), new boxes for the spare roadwheels are provided. Small to tiny hinges are included where ever applicable, workable if made carefully. And several of the kits steel flanges and plate strips can be replaced with PE parts.

The turret and Flakierling of the Wirbelwind have a host of small baseplates, struts, linkages, and sheet metal items that lend themselves to photo etch. The update set appears to be up to the task, providing the finishing touches to the Dragon production, which is already to a very high standard.

There are also some photo etched ammo magazines (only four) and an ammo carry box in the set. No individual 20mm rounds are included, though they and more magazines are available seperately from Griffon.

It appears all the areas where one would expect upgrades are addressed, except perhaps the spare gun barrel box. The details included in this upgrade are so comprehensive I thought a new box from brass with a hinged lid and interior details would have been in keeping with the rest of the set. Only it's hinges and handles etc. are included.

I assembled one of the magazines and a tool clamp to see how they go together. The tool clamp came in two parts instead of the usual three. I found this made the folding a little more difficult but assembly a little easier. The brass is a good thickness as I mentioned before, but on the stiff side. Some annealing before bending would probably help. 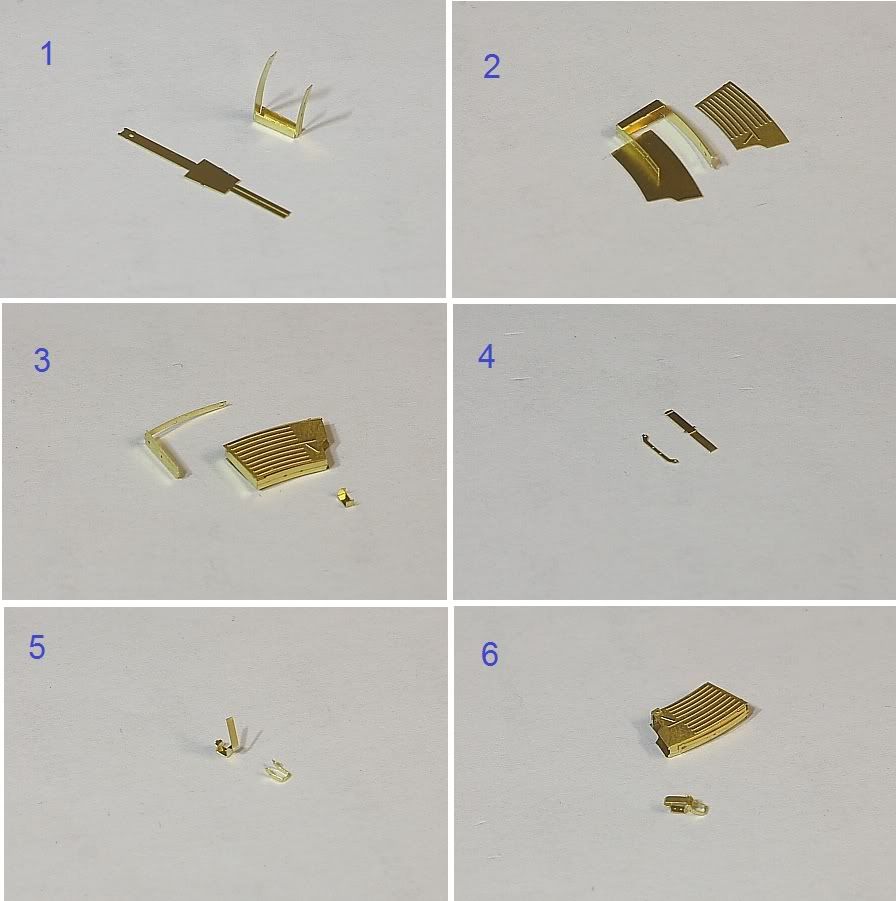 In summary, the DML Wirbelwind already appears to be a very fine product, but with this upgrade set I'm sure it would prove to be an exceptional replica of the Flakpanzer. Definitely recommended.

Thanks to Griffon Model.

JT, really sweet looking, but again, Brass and I don't get along...
It looks amazing though.
Shawn