Some recent stuff from CMK

Some recent stuff from CMK

These guys have been putting out some really fantastic, and I do mean fantastic detail pieces and sets for several years. But they seem to be almost invisible here in the U.S. . And that is to bad as they have been offering lots of usefull stuff for both armor and airamaplanes. And they are also usually at a fairly decent price.

First there is this. I know, I know, it says Luftwaffe. But I figgured that it might look good as background clutter for a little dio with one of the nice 1/48th armor kits that we all have to consider now. 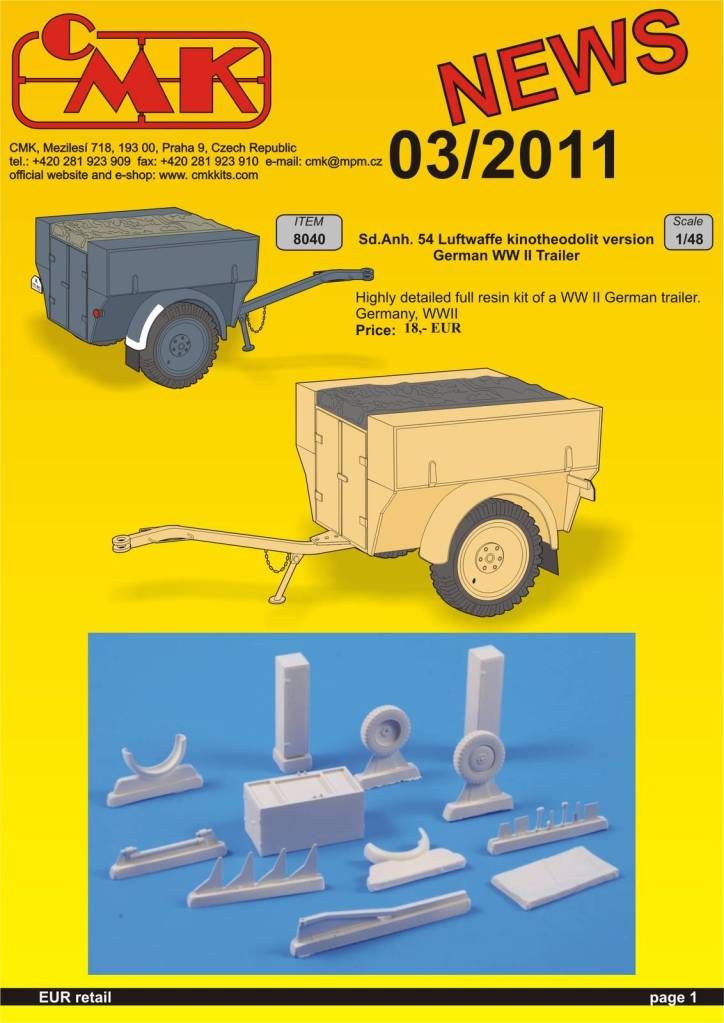 Then there is some braille scale stuff to consider. For detailing out a Panther or other variant.
No doubt this would look way cool stuffed into a dragon JagdPanther 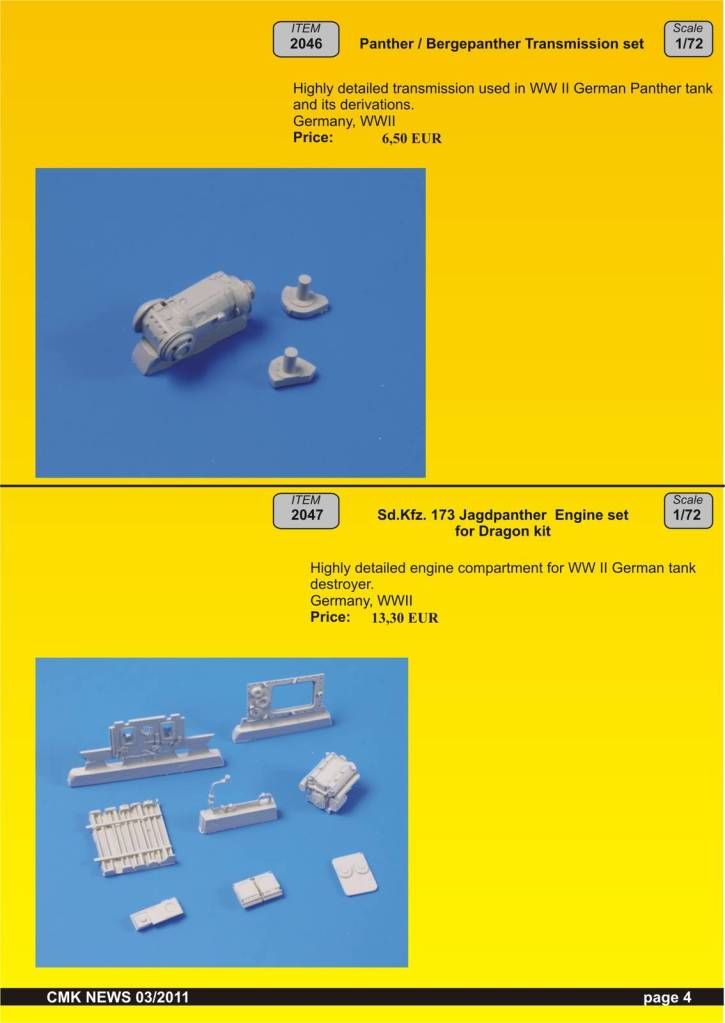 And then there is pretty much the same thing in 1/35th also. Along with a naval gun incase you were detailing out a 1/35th warship maybe

OK. You could also maybe use it for a Pacific diorama, as I believe that the U.S. Navy and (Marines too maybe) scavenged these off of older ships and used them throughout the Pacific in the early years of the war to bolster the somewhat weak island defences. 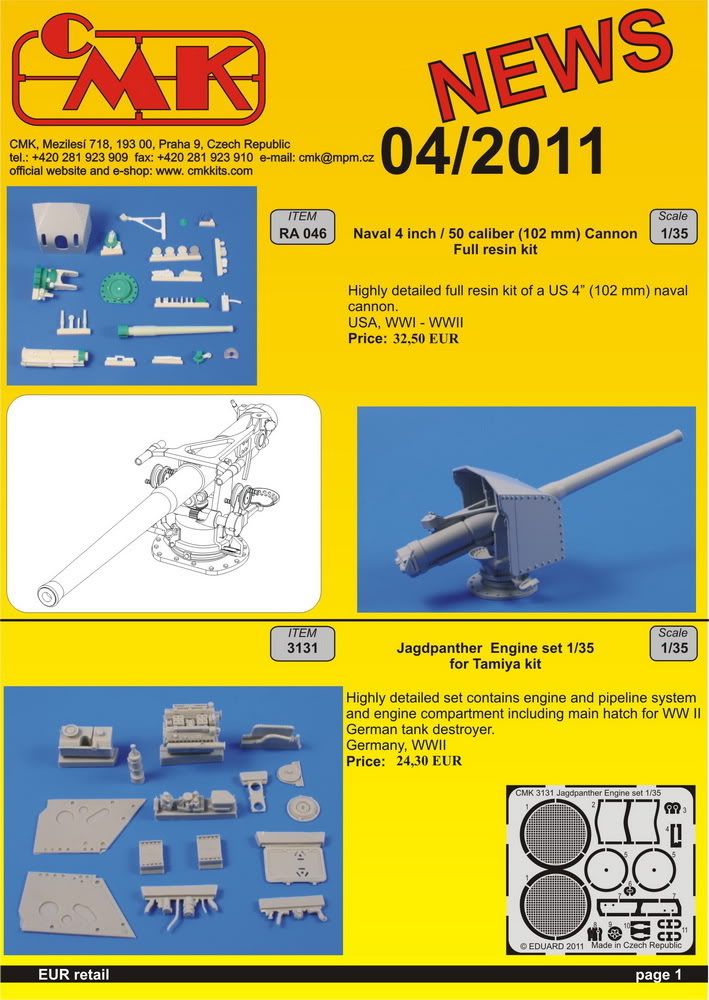 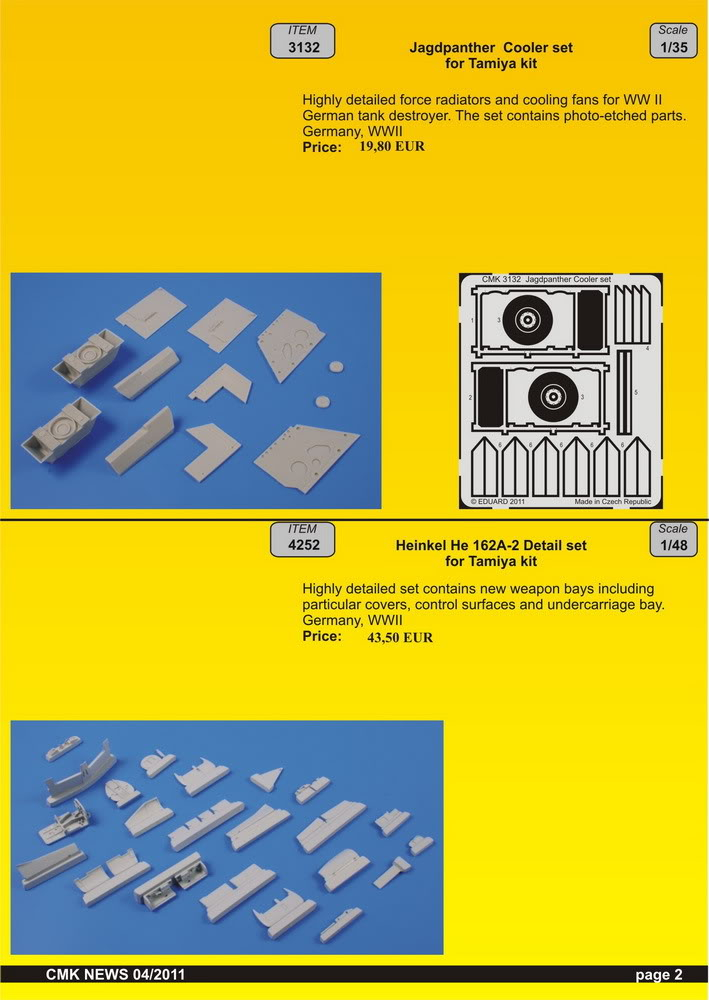 And that Salamander lizard thingy too

I know that the engine and radiator stuff has been available for years from other manufacturers. But I will always feel it is way nice to have options.