Trumpeter September Releases in US

Trumpeter September Releases in US

The T-62 Russian main battle tank was a further development of the T-55 tank. It's 115mm gun in a new turret was the first smoothbore tank gun in use and was accepted for service in July 1961. The full-scale series production of the T-62 began in July 1962. The T-62 became a standard tank in the Soviet arsenal. The T-62 tanks were later replaced in front-line service by the T-64 and T-72.

The 17cm Kanone 18 heavy gun proved to be an excellent weapon after the start of the war and in 1942 it replaced the Morser 18 gun on the production line. Captured K18's were used by the Allies on several occasions during 1942 in North Africa and again during 1944 in Europe.

Like the 15cm K18, the 17cm gun also had to be broken into two loads for transport. The carriage was designed for high speed travel and has a rotating platform.

This set contains 2 sprues consisting of M242 Bushmaster and M240 MG that can be used on most 1/35 infantry fighting vehicles.

The Tupolev Tu-22M is a supersonic, swing-wing, long-range strategic and maritime strike bomber developed by the Soviet Union. This Tu-22M3 variant, which first flew in 1976 and entered service in 1983, had new NK-25 engines with substantially more power, wedge-shaped intakes similar to the MiG-25, wings with greater maximum sweep, and a recontoured nose housing a new Leninets PN-AD radar and NK-45 nav/attack system, which provides muchimproved low-altitude flight. It had a revised tail turret with a single cannon. The Russian Federation used the Tu-22M3 in combat against Che chen forces in 1995, carrying out strikes near Grozny.

The Lightning was a supersonic fighter, remembered for its great speed and natural metal exterior. It was the only all-British Mach 2 fighter aircraft and was renowned for its capabilities as an interceptor. The F.2A was an upgraded variant of the F.2 single-seat fighter to near F.6 standards with Avion 211R engines. A total of 31 were converted from F.2 fighters featuring a larger ventral tank and arrester hook. The F.6 was an improved longer-range variant of the F.3 single-seat fighter with new wings with better efficiency, subsonic performance, increased fuel storage, overwing fuel tanks, larger ventral fuel tank and carried two Red Top missiles.

Kit consists of 192 parts on 13 sprues plus a film instrument panel, landing gear, metal gear struts and rubber tires. Markings for #19 Sqn RAF 1975 and #5 Sqn RAF 1979. Additional features: separate parts for ventral pack so either the F.2A or F.6 variant can be made and two Red Top missiles with clear nose parts. Completed kit measures over 20" long with a wingspan of over 13".

The Prinz Eugen was the third and last heavy cruiser commissioned by the Kriegsmarine. She became famous on her first war mission in May 1941, the Bismarck in which the Hood was sunk and the Prince of Wales
damaged. In February 1942,the Prinz Eugen together with the battleships Scharnhorst and Gneisenau, successfully passed through the English Channel on her way back to Germany. Shortly afterwards, while en route
to Norway she was torpedoed and damaged by a British submarine off Trondheim. In 1944-1945, the Prinz Eugen was used for shore bombardment off the Baltic coast. The ship surrendered to the British at Copenhagen in May 1945, and was handed over to the Americans. In July 1946, she survived two nuclear tests in Bikini Atoll. Towed later to Kwajalein Atoll, the Prinz capsized on December 22, 1946.

All the above is from the newsletter sent out by Trumpeter's US distributor, Stevens Hobby.

This one should be very popular

I hope Trumpeter actually releases the T-62 in September. IIRC, they have been promising to release this model for a couple of years it seems. I'm excited about this kit and hopefully somebody will do a BDD conversion for this kit. 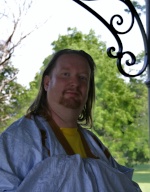 Is it me or are the retail prices on Trumpy kits on the rise? Their retail prices on the SdKfz. 7 series is higher than that of the Dragon kit, and to be honest trumpy needs to get on the ball! some sloppy tooling lately.
However I have been waiting on a new T-62 for well over 20 years, I don't care how bad the tooling of the new kit is, it has to be better than the old Tamiya beast!
Thanks for the update.
Panzer