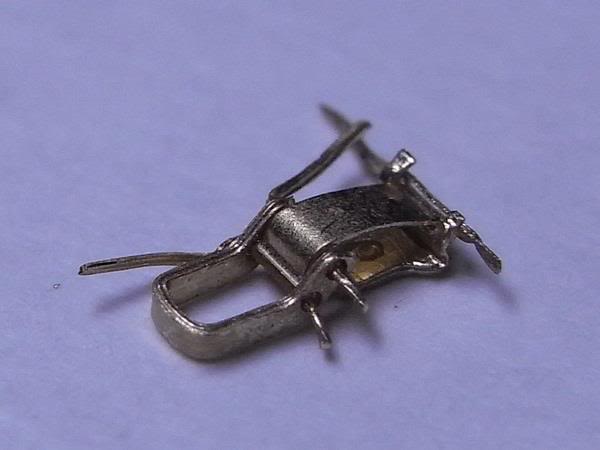 , the standard PE german tool clamp has long been the biggest pain to assemble , specially if you want to make them workable ....

Why ? Because for two long modellers have been trying to stick tiny scale pins into the latch of the clamp , juggling four while trying to allign and then close the latch !!! Frustration to the max !!!! Soooo I had an idea , shared it with my friend Manabu San from Passion models , we have refined the design and thus the Jenny clamp was born , the pins on the left hand side are 3mm longer with a fold line at the correct size , the pins on the right hand side are about half this length also with the fold line . Assembly is straight forward , fold the base as usual , fold the latch as normal but leave it slightly ajar . Insert the left hand base pin into the latch , fold the pin over making this side captive , do the same with the top part then align the other side which can also be bent upwards . There is no way that the catch can come apart now

. It is designed so that the clamp can be added to the vehicle , the tools and vehicle can then be painted seperately , making tool detailing easier and not leaving a void in the cam around and under the tool position . the tool is then added to the vehicle , a small drop of superglue and close the catch , now trim the excess pin length with zuron scissors and maybe just a small dot of paint on any shiny bits !

There are two types , Early 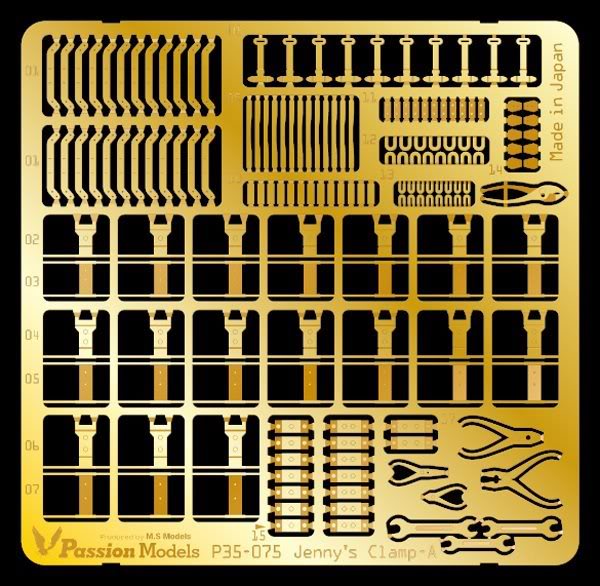 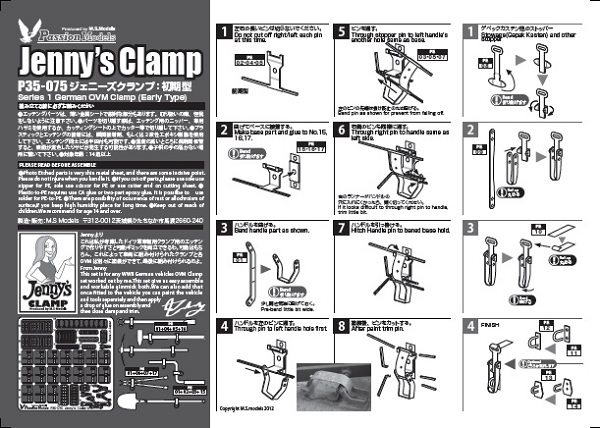 Now just like my models , I like to add some little bonus goodies , these have Pliers and Spanners , always handy bits for AFV models 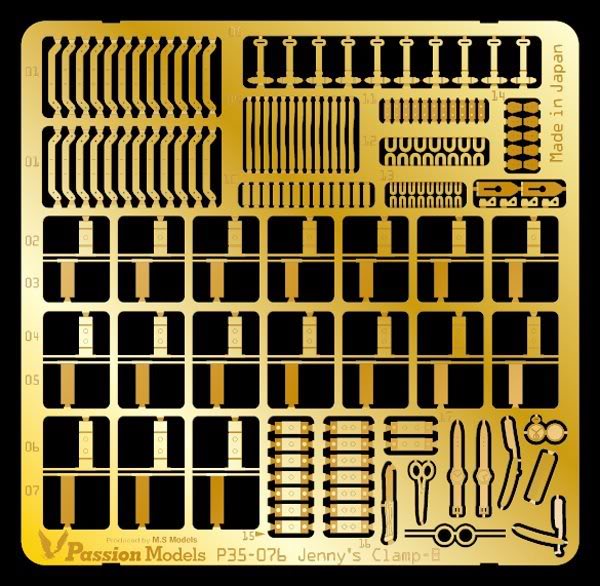 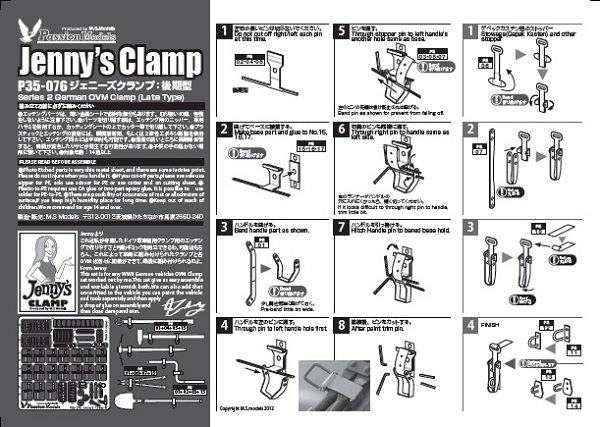 This one has some superb goodies , wrist watches , a fob watch , 2 cut throat razors , a pocket knife , glasses and a comb

So these are the first goodies and I am sure they will make those dreaded tool clamps a lot better for all of us !

I remember on one occassion, I was able to assemble a working tool clamp, I think it was from a Voyager PE set. It was a complete fluke, never been able to do it since. These are brilliant, but I have to say I really like those little extras as well, the watches and the glasses especially!

These are a work of genius, especially if you've got problems with your hands like I do.

We Love you Jenny

Now can we have similar sorts of things for Commonwealth, US and Soviet tanks? Please... pretty please...

very cool ..anyone in North America going to have your products?

Richard Craig
Be nice to me I am new

With the Aber clamps, I used to take about 45 minutes to get the first one done

. Then I would get into the swing of things and they only took me about 10 minutes each. But there was always one in the middle there somewhere that took me back to that 45 minutes just being difficult

. But it seems clear that these are going to take about a minute for the first one, and then maybe 45 seconds for the next ones. Just fantastamacle !

If my hands are working ok, I can do an Aber-type clamp in 30 minutes.

If not about two hours, a lot of which involves battling the carpet monster.

Jenny
Congratulations on your intermavention, i wish your product all the best for the future!

Manabu
Is there a UK distribmauter for these wonderful looking clamps?

I've heard from Manabu San that Mark Day at Sovereign 2000 will be stocking these, and other Passion Models products.

Congratulations Jenny. An innovative solution and a great time saver. All the best to you! 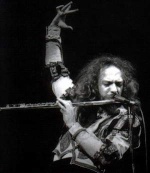 tullskull
Be nice to me I am new

Hi Jenny
Damned if this isn't the best news I have had in ages... I have gotta get me some of these 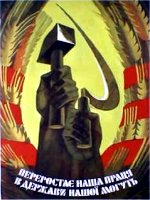 I live in Brisbane, Australia, anyone know where I can get some of these?

Station Master
Be nice to me I am new

Well I think my clamps will soon be available from BNA MODELWORLD in Melbourne but can currently be purchased through the Passion Models Website with Paypal .

Thanks for the info, Jenny


Station Master
Be nice to me I am new

Looks pretty sweet Jenny.
Mind you this is the guy that stays well clear of PE.
I'm sure that someone that isn't afraid

to play with that stuff will really love it.
It looks great and I'm sure that I will be seeing it on all the popular German tanks this season.

No wonder I could never talk with you. You were always too busy with your secret master plans to rule the world and make working German clamps.