Well two more of the 12 dragon releases have been announced . 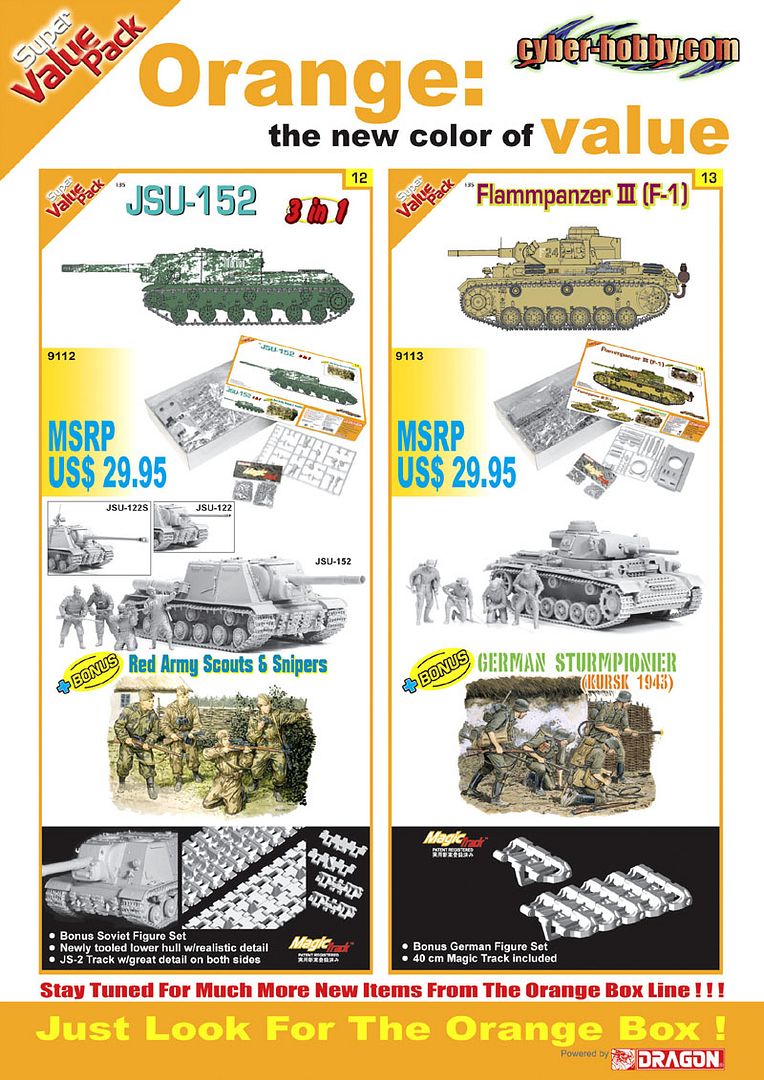 While I probably won't buy either of these, I think it is a great idea from Dragon to re-release older kits at a reasonable price to hopefully get younger or newer modellers into the hobby. I might think twice though if the 152 had a set of magic tracks.

Now I just hope we see at least one totally new kit as number 5 - 12 instead of just all updated already released kits. I really think we will, but you never know.

I really would have gotten the JSU-152,but I read that Tamiya is also coming out with one in November:

I think I will wait for this one,it should be on par with their new Jagdtiger.