These are the slated August Releases from Masterbox 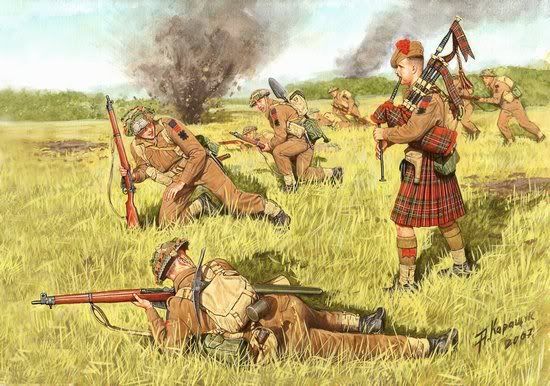 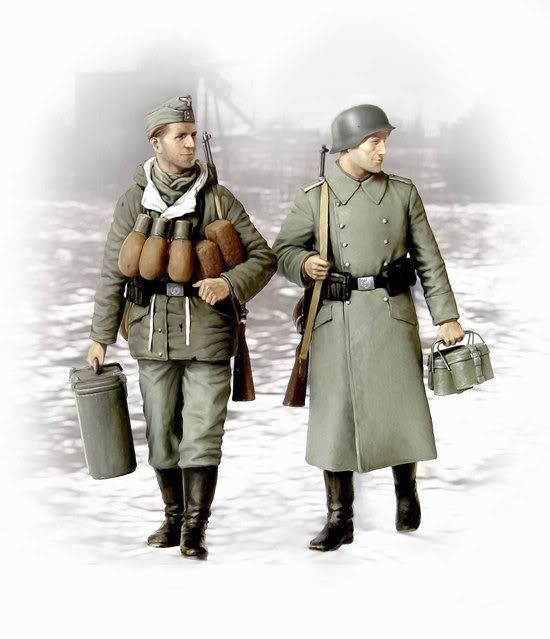 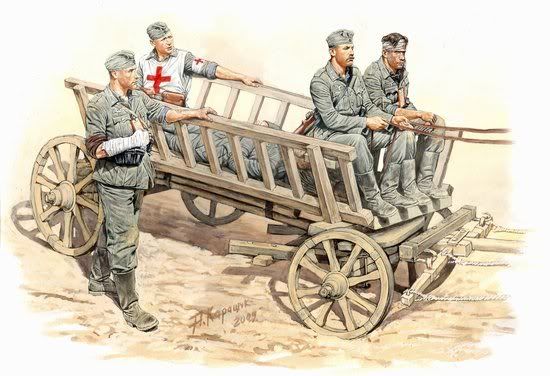 come to think of it he does look a bit like Bill Millen.

Yes & he does have the most hideous of weapons

I am wondering if maybe Brian Murdoch (or someone) could do a SBS masterclass !

carabinier wrote:not to sure how to paint the tartan

royal stewart would have been the most common for pipers!

and here are tartan samples: http://www.scotclans.com/customer_service/tartan_book/stewart_royal_modern.html

Laura, thank you for the links!

Well if you want to model Bill Millin

here are his bagpipes from D Day 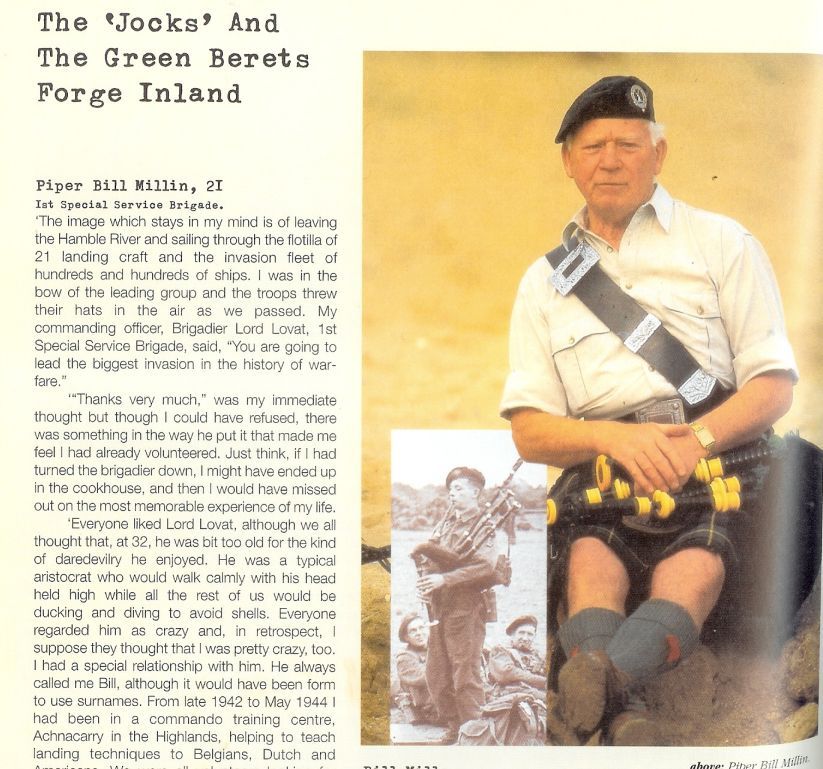 Brian Murdoch has met the man

Bill is now in a wheelchair after a stroke some years ago but travelled to France this year for the 65th aniversary of D Day , his story is amazing , after landing on Sword beach (feeling seasick until he jumped into the freezing water in a kilt ! ) as many of his comrades were killed around him his CO ordered him to play the pipes for morale , Bill then asked if he would like him to "walk up and down a bit as well " he then proceeded to march up and down the beach playing the pipes to the tunes of "Heiland Laddie" and "The Road to the Isles" until the Commandos cleared the beach , German soldiers interviewed later said they did not shoot at him because they thought he had lost his mind , He actually used two sets of pipes on D Day , using a spare set after his original set was "wounded by shrapnel" , one set is in the museum at Pegasus bridge and the other is in the museum at Dawlish in Devon where he lives , he continued piping on and off until they reached Benouville where they came under heavy fire , the Colonel of 6 Commando asked if he could pipe as they ran down the street but Bill said " No , I'll just walk as usual " and they all walked down the street behind him clearing the town unscathed , they finally reached the Pegasus bridges and Millin continued piping all the way across accompanying Lord Lovat's Commandos as the bullets pinged of the metalwork of the bridge and until they met the airborne advance guard . in the film " The Longest day" it shows Millin playing the "Black Bear" but Bill says he was in fact playing "Blue bonnets over the border" .

There is a bronze statue of him being made at the moment by the town of Coleville- Montgomery which he took part in the relief of , the 18th hole of the golf course at Port en Bessin is also called " Piper Bill Millin" after him

he is still today a humble and quiet veteran who says many people did far more than he did , he is a regular guest at the Marine base at Lympstone in Devon where he is still held in awe by todays commandos .

Incidentally Pipers had been banned from leading Scottish troops into battle after the first world war because so many had been killed !


a real hero and an amazing story . 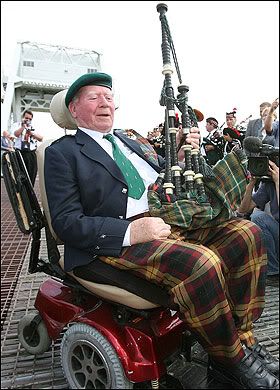 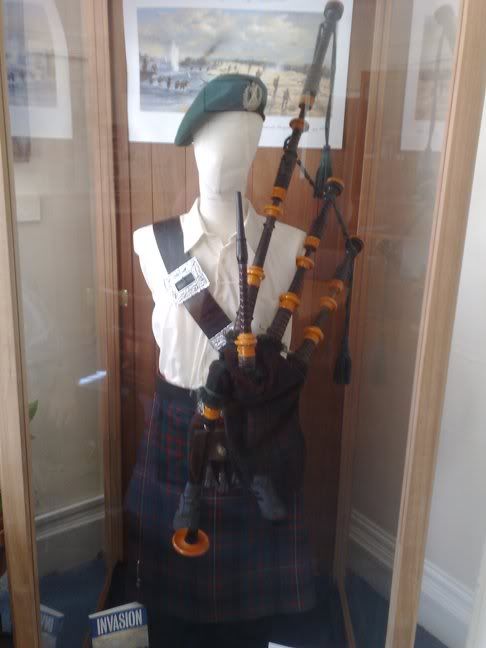 ps , Barrie Hind on the figure section is great at painting Tartan !

My favorite upcoming release would be the last one "Road to the back". I see it would fit perfectly into the Cornered GB

Amazing sory of a true hero! I saw the movie "the longest day" for the first time when I was just a boy, and the scene on the beach with Sean Connery plugging his ears from the noice......of the pipes. And later when they reach Pegasus bridge, playing the pipes, still makes me get goose skin when ever I hear the backpipes!

The personification of what for me a hero was, when I was a just boy, was based on an actor in a movie, never knew it was based on a real man! Piper Bill Millin!

If you see him, please sent him my highest regards!

Very tempted to get this set, pity its not in a bigger scale.
Brian matey, just you calm doon man and stick to blowing up your van

Barrie Hynd
Be nice to me I am new