Always interested in any kind of tools to make my modelling more easy i discovered this bending tool for photoetched parts on the website of JadarHobby. At a reasonable price, i thought. On the pictures on the website the tool looks fine, manufactured in a polished metal with two hinges on each side screwed to the base plate and bending arm. For what i saw the price asked for it seemed reasonable, if not a bargain. So i ordered it.

Inside the box i found a plastic ziplock bag. The tool is heavy, as i expected from a metal tool. Maybe aluminium, i guess.

Using an old Eduard PE sheet i made the first test with this new tool. A louvre part seemed ok for "the first ride". For there were no instructions in the box i had a look at the website where the pictures show a part to be folded. The bends i made were sharp and exact, even a little bit better than with my other tools. The srews to secure the PE part are inconvenient, for there is no knob to tighten them, they are of hexagon socket type. And the tool did not move as free as i expected. No problem, i thought, i would grease it later. I never greased it! For after having done 5 bends the tool broke!

First i could not believe it. But it definitely has broken on the moveable arm. I didn´t use any force or have been careless. The disk turning inside the screwed-on hinge has been separated from the moveable arm, you can see the round axle on this picture inside the hinge:

Ok, i thought, let´s get in contact with JadarHobby. Two or three years ago i made a very good experience with their customer support when some parts were missing from a ABER set. The replaced me more parts i needed. Great service! Then...

So i wrote an email to JadarHobby. This is what i wrote:

Today finally arrived my order above here in Germany. I immediately
checked the bending tool for it´s function. For there are no instructions
how to use i checked your website where i knew are fotos how to use it.

I realized that the product i got differs from the product shown, for the
metal is not polished and, more important, the hinge connection between
the tool and the moveable arm has been very simplified. And this last
point is where i have a problem with: the bending table broke after just 5
slow and precautious bends! My girlfriend was witness for i was proud to
show her my new tool...

Now, after just a few minutes i have a broken tool! I am no mechanic, but
looking at the fotos on the website and then on the tool i got i am
convinced that this simplified hinge connection is the cause for the
failure. The forces generated between the bending table and its very small
connection to the hinge are just way too high for this simplified point of
the tool.

If you like i can send you a picture of the damage (just tell me an email
adress). Do you want me to return the tool to you? Please tell me how do
you want to handle this.


Next day i got the following answer:


You are a jocker? It isn't good joke.
Regards
Dxxxx Sxxxxxxx


To say that i was surprised would be an understatement. Assuming he got something wrong in my inquiry (but what?) i answered:

Sorry, i do not understand: what makes you think i would make a joke?

Sadly it is just what happened yesterday.


His answer showed me that there was something going badly wrong:


Dear Sir,
Your email is a poor joke. Tool is strong and fold PE elements not steel plates.
Please stop send me emails.


It took some time for me to come down. Sometime it is not the best idea to answer an affront the minute you read it. So i came down, i sorted my thoughts, made two pictures of the tool and the etched part and then answered him as follows:

first of all i want to tell you that i am surprised and dismayed by your words. I feel being attacked for a reason i do not know and i did not provoke at all. As a long time customer i do not want to be treated this way.

I did not attack you in any way nor did i use any insulting words in my emails. I for myself will talk to you in respect, as i would expect it from you and everybody else.

I hope i could make my position clear to you.


Now, being back at home i made two pictures of the tool and the etched parts i did bend with it yesterday evening. The etched parts are from Eduard´s sheet 35221 (AMX 30/105). The other picture shows you where the bending arm is broken at its weakest point. For me it looks like a fault in the material. The tool surely is strong, but at this point it is broken.

As i wrote in my first email yesterday evening the hinge is not the one shown on your website, nor the picture on the box. I can only assume that changing the double hinge as being shown on the website to the single one as on the tool might be the cause for the failure.
Anyway, my proposal to solve this is that you send me a new bending arm, so i´ll change it on my tool and all will be fine. What do you think? Any proposal from your side will be welcome.


Here are the accompanying pictures:

For the next seven days, sending two emails in between asking for an answer, i didn´t hear a word from JadarHobby. Silence. They just cut the line. Then after seven days another guy from JadarHobby informed me that replacement bending tool would be send to me. This replacement arrived 6 days later. I confirmed the other guy of the arrival with the following email:

The replacement tool arrived here today. Still not exactly manufactured as shown on the website, but the hinge moves much better than the broken first one.

Thank you, Mr Zxxxxxxxx, very much for taking care on this issue and sending me a replacement!

Too sad that it looks like Mr Sxxxxxxx does not  have what it takes to get me any kind of excuse for his unexplained and disrespectful behavior. To remain silent is maybe the best he can do.


Now, to sum up a long story without it this review would not be complete in my eyes let me give the following résumé:

1. The tool shown and offered on the website and the box it is packed in is not exactly the one i got. Same applies to the replacement tool.
2. The metal on the website looks like being polished. Mine is not.
3. The tool on the website has 4 black hinges, two on each side, screwed onto the bending plates. Mine has only one of silver colour on each side.
4. The hinges on my tool did not run parallel on each side. I assume this misalignment and the 1.5 square millimeter connection between bending table and the round axle in the single hinge on each side caused the breakage of the tool.
5. The response of the shop owner to my notification of claim was the worst, impertinent and insulting i ever had in my life as a customer.

This is the review of a tool, and my experience around it. Maybe i just got what i paid for with my little money. Maybe the tool should be sold as being shown on the pictures on the website. I don´t know. Make your thoughts, my friends. 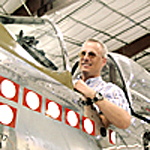 Wurzacher
Be nice to me I am new

Bubba, you handled this far better than I would have. After first reply there would have been Redneck Rampage from from this Southern Boy. Customer services is a Make or Break deal for me. I use to train waitresses for our restaurant and I told them they could serve dog food but if their Service was great they would still be happy with the Server. If the Server is bad it doesn't matter how good the food is, that is what they will remember.

Funny because Bruce and I were talking about this very same tool the other week and were wondering how it performed. I'm glad neither of us made the investment. Thanks for the heads up!

thanks for sharing this story with us thomas!

the first reaction would have let me explode in the most unpleasant way! sheesh ... what an unprofessional way to react!

you handled this very good! bravo!

I am glad that I read this prior to deciding on which PE tool I wish to purchase.

To me it sounds like the only joke is the way in which you were treated. Not only that, it also sounds like the tool on the website is for show to hook unsuspecting customers in and what you get posted out to you is a cheaper and inferior version of the advertising model.
It is a shame to have to resort to such statements but it may be prudent to make clear on any further orders , no matter whom they are with, that you are placing said order on the advertised product only. Should any substitutions or alterations need to be made then the order becomes null and void.

As much as you would like to shove the product up or down the vendor's bodily orifices you have indeed obtained the best revenge..... a stinkingly bad but fair review. I know that I would be hesitant to buy anything from the same company, be it photo etch tool or not, if that was the rude and disrespectful way in which you were dealt with. The first employee who responded to your emails should be seen by the company as a liability.

OzzieJo
Be nice to me I am new

The first person is the owner and the second the partner. Yes, the owner is very abrupt. I have bought much from them and the tune changed a bit when I showed up in person in their shop. I have been treated well ever since especially since I do speak Polish.

Thanks for the review.