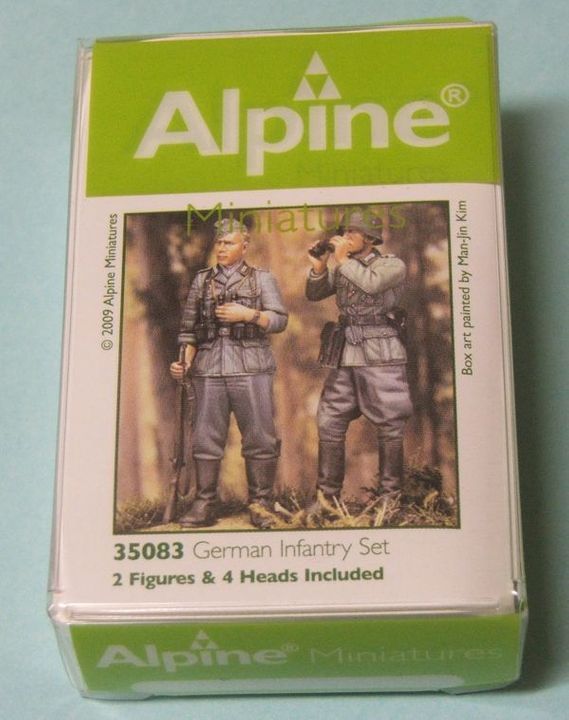 35081 German Infantry Officer
This figure of an officer looking over a pair of Binoculars is in a very typical early to mid war uniform of the tailored officers tunic , canvas jodhpurs & higher cut riding jackboots , he also wears the double hole buckled officers belt & comes with an individual map case & pistol holster. As with all Alpine figures he comes with two heads with a choice of a standard helmet & one with a camouflaged helmet cover. 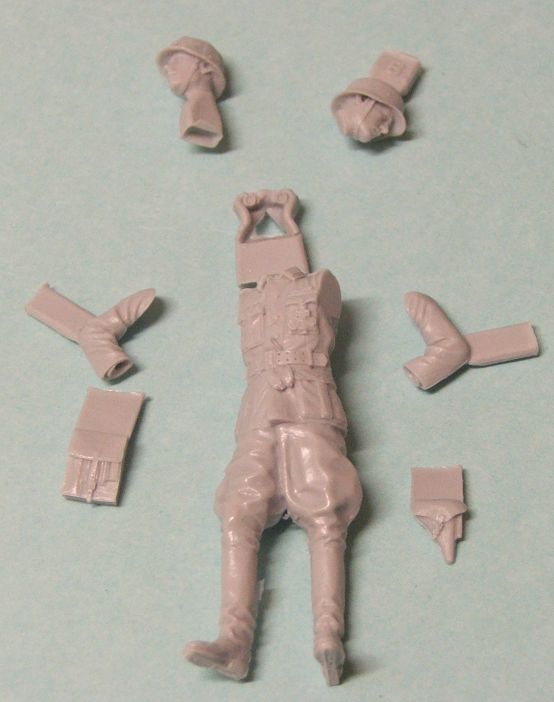 All parts seem free of flash except on the inner thighs , with no visible mould seams . The torso/legs is a single casting with seperate arms . Both hands are moulded holding the binoculars which will give the figure a realistic look , so many times you see figures with the binoculars balancing binoculars on thumbs in an unrealistic way. There was a slight seam on the inside of the hands which will clean up easily .

Details in the casting , are as usual with Alpine , astonishing hollow cuffs on sleeves show the undershirt , the concertina sides on the Map case , the lenses on the binoculars & the sidecap tucked into the belt are brilliantly crisp. The only issue I have is the helmet without the camo cover has the resin pour point right in the middle of it where the helmet with the cover has the pour point on the neck , a far more sensible set up with some extra clean up & polishing with the former . 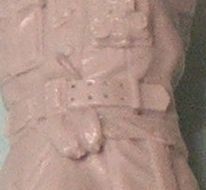 The figure is of excellent quality , will look brilliant in a vignette or diorama or to maybe accompany a anti aircraft battery . Highly recommended.


35082 German Infantry NCO
The second figure of an NCO stands at ease with his right hand holding his Rifle & left hand resting on his binoculars , he wears a standard army issue tunic , with a cravat around his neck & pants with the shorter jackboots . He has the standard army riflemens belt with ammunition pouches , has a breadbag & seperate canteen & Y shoulder harness. The head choice is a standard helmet & an issue sidecap. 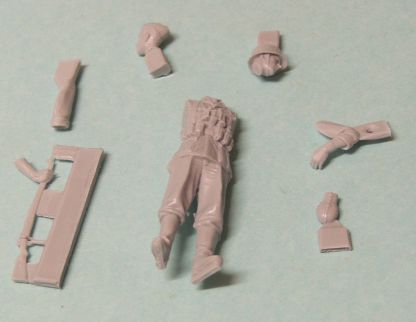 There was a slight amount of flash on the inside of both knees but no other visible mould seams . The torso again is a single casting the right arm is in two parts with the join at the folded up sleeve the forearm is moulded with the hand and firearm integrally which gives the figure a good grasp to the rifle. The left arm is also moulded seperately.

Again high quality casted detail is the order of the day , from the watch on the left wrist to the lens cover for the binoculars which he has slid behind his neck , to the potato Masher grenade tucked into his Jackboot , superb. Again my only gripe is that the pour for the resin is in the middle of the helmet where the neck would make a more logical place. 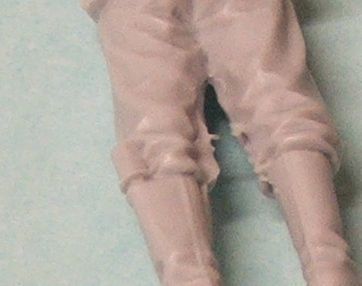 This figure could be from almost any campaign in moderate temperature, in a relaxed pose , he makes an imposing sculpt of the typical german soldier . Highly recommended .

As a pair the officer & NCO work extremely well together & I am sure this set will be a great seller . Highly recommended.

this set is so beautiful and so most welcome!

Thanks for the review. My set's in the post (hopefully). About the pour block placement on top of the helmet is so that Taesung can get the lip under the helmet rim right. A small price to pay IMO for the extra detail