It has been some time but (finally) MecModels has released a new item (again) for the Vietnam modeling enthousiast. This time it is an item of a little covered period: a small French (Indochine) bunker. These bunkers were, obviously, used by the French during their colonial period but (the remains) were also used by US troops! 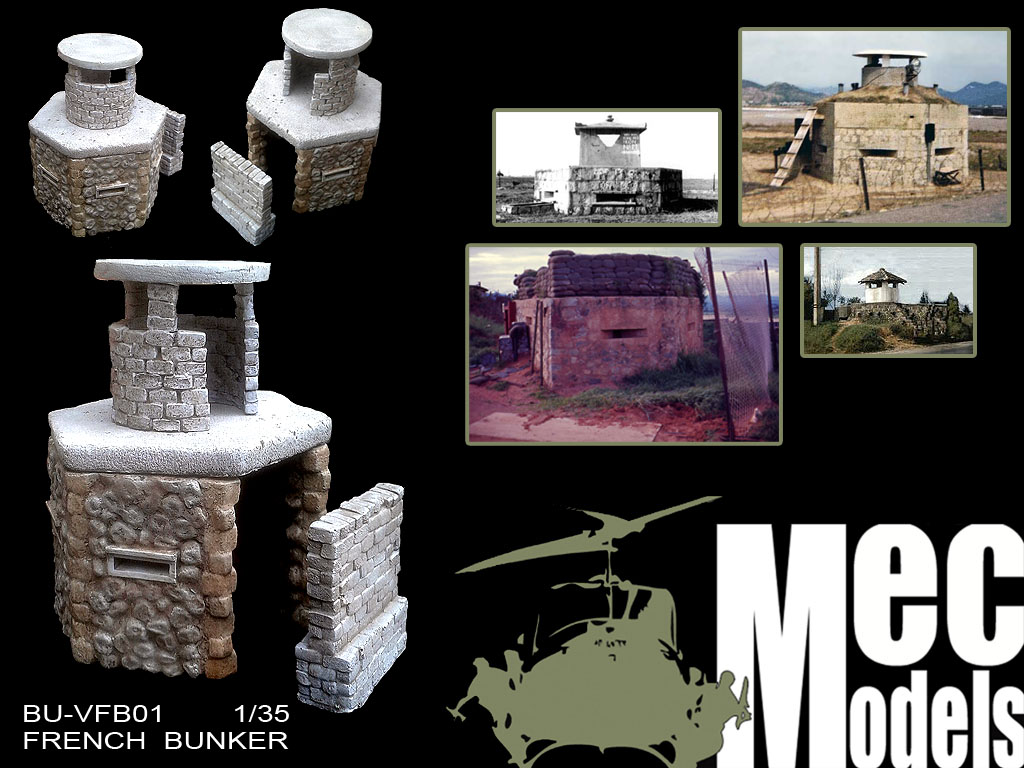 Will look awesome in a diorama