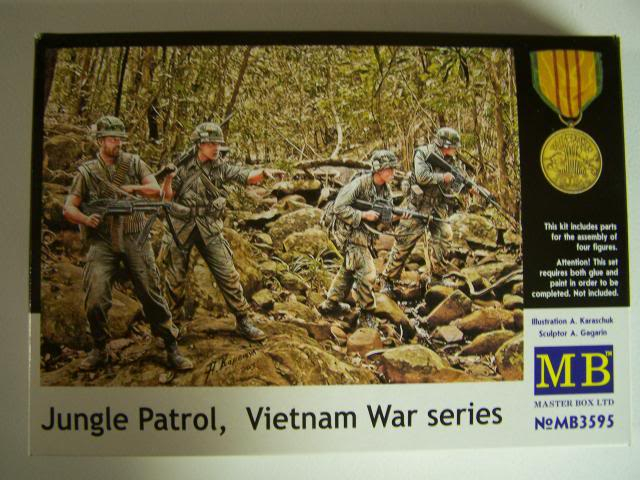 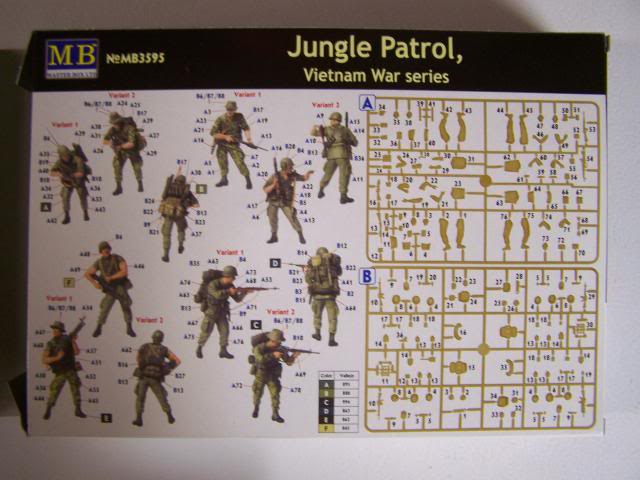 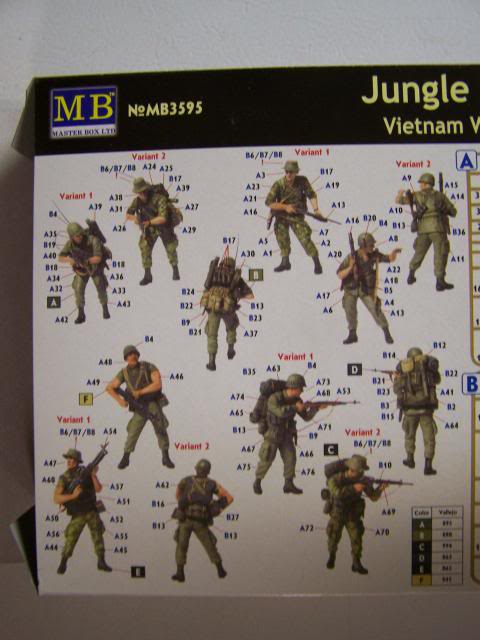 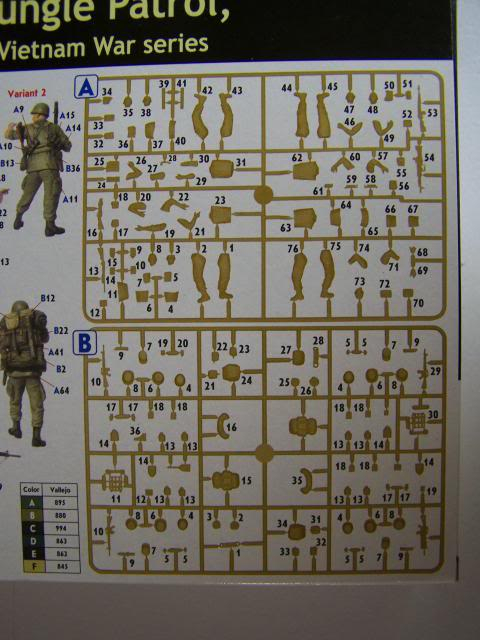 This set based on alert poses of a US Army patrol.
The Kit:
Contains 2 sprues with 157 pieces that have no flash.
Sprue A is the figures and contains 76 pieces. 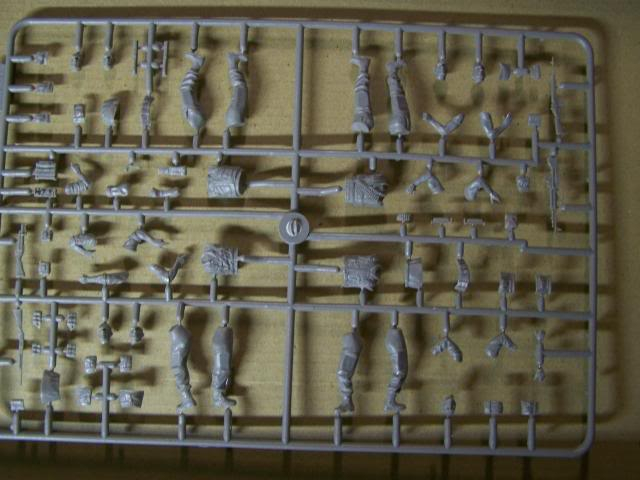 Sprue B is their Vietnam era weapons and equipment sprue and contains 81 pieces. 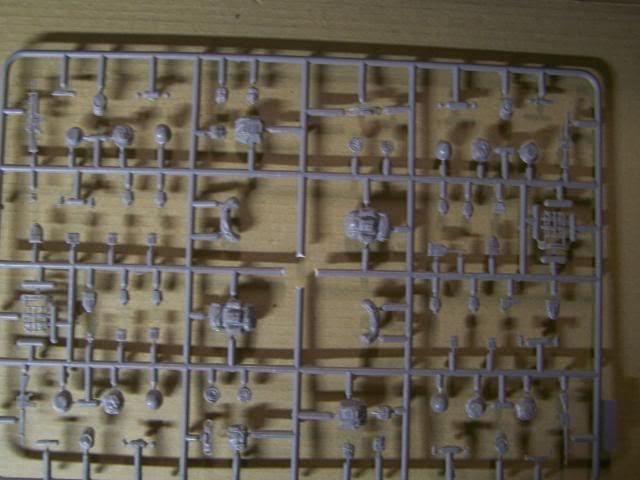 This set contains four (4) heavily ladened US Infantry with tons of cool equipment. (The only drawback that I have is with the M-16/M-203 which would be the post war version).  Personally I feel if that is the only problem, I can live with it as I do have lots of weapons to replace them with. What is really nice is the box art shows variants for all four figures.
The weapons, uniforms and equipment look accurate, all the way down to the Ruck (backpacks) and  frame and they do give you lots of extra stuff like four different styles of headgear/covers (Helmet, 2 boonie caps and a ballcap style hat).
Conclusion: Master Box once again is producing five excellent looking figures all in alert ready for action poses. Individually they are great and can be used as single figures or they can be put into a diorama right out of the box.
Uniforms and equipment are covered in numerous books, so information on these should not be too hard to find.
Overall this should build into an outstanding replica and is highly recommended for anyone who enjoys figures.  I would like to thank Alexander Surzhenko of Master Box Models for the review kit.