Masterbox keep resetting the awesome bar as far as new releases , take a look at the three releases this month !

MB 35115 “German Infantry Weapons, WW II era” – the kit includes one sprue with weapons of German Infantry of WW II era. Please, pay special attention that besides standard list of shooting weapons, we included in a kit also a couple of unusual weapons, they are Bergmann MP-34 Submachine Gun and German modification of Soviet Submachine Gun PPSH-41 МP 717 (r), at the same time the modeller has the opportunity to assemble German, as well as Soviet version of PPSH Submachine Gun at his choice. Besides weapons, the kit includes also elements of equipment – pouches, cases of gas masks, machinegun belts, shovels, helmets and so on. 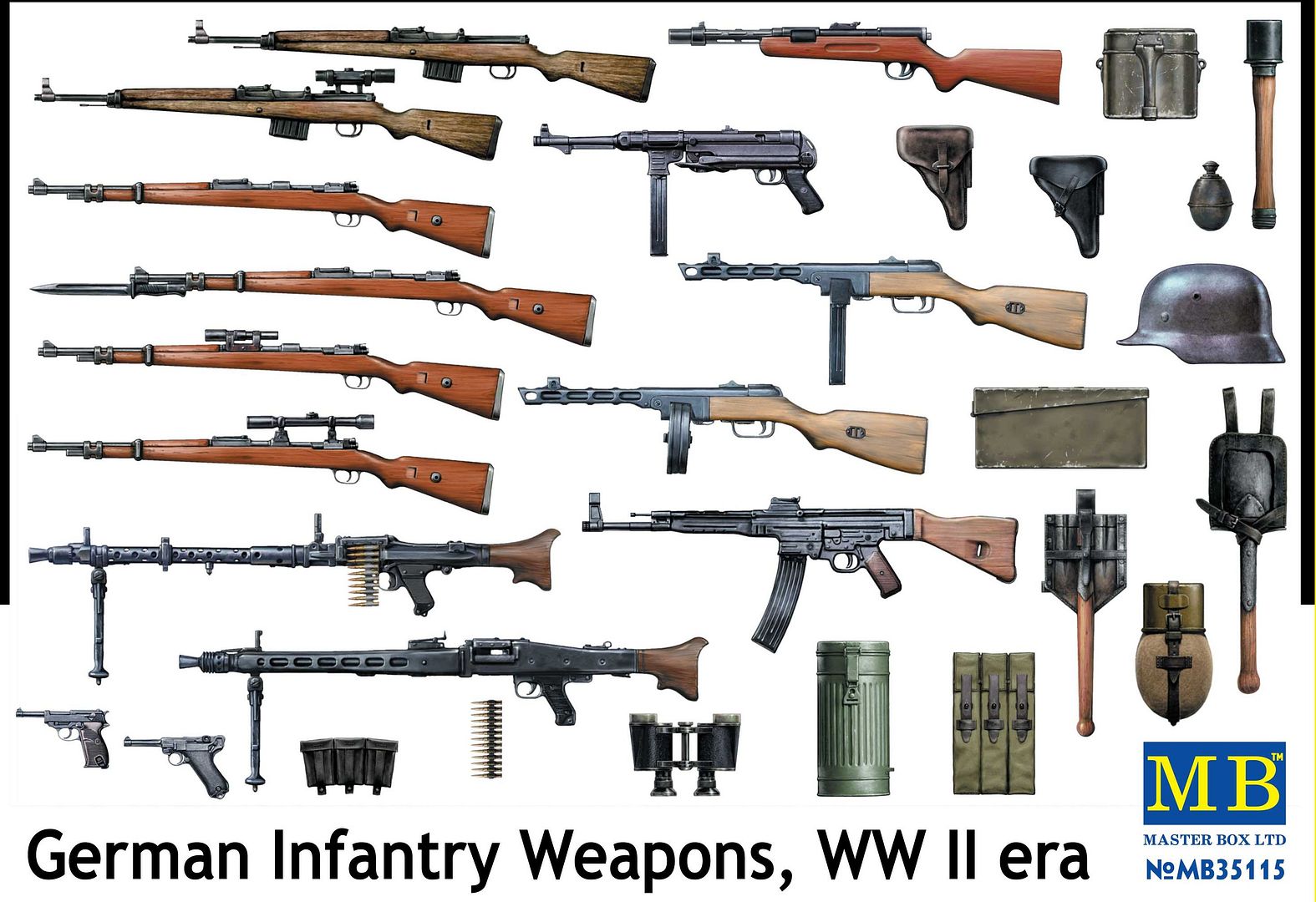 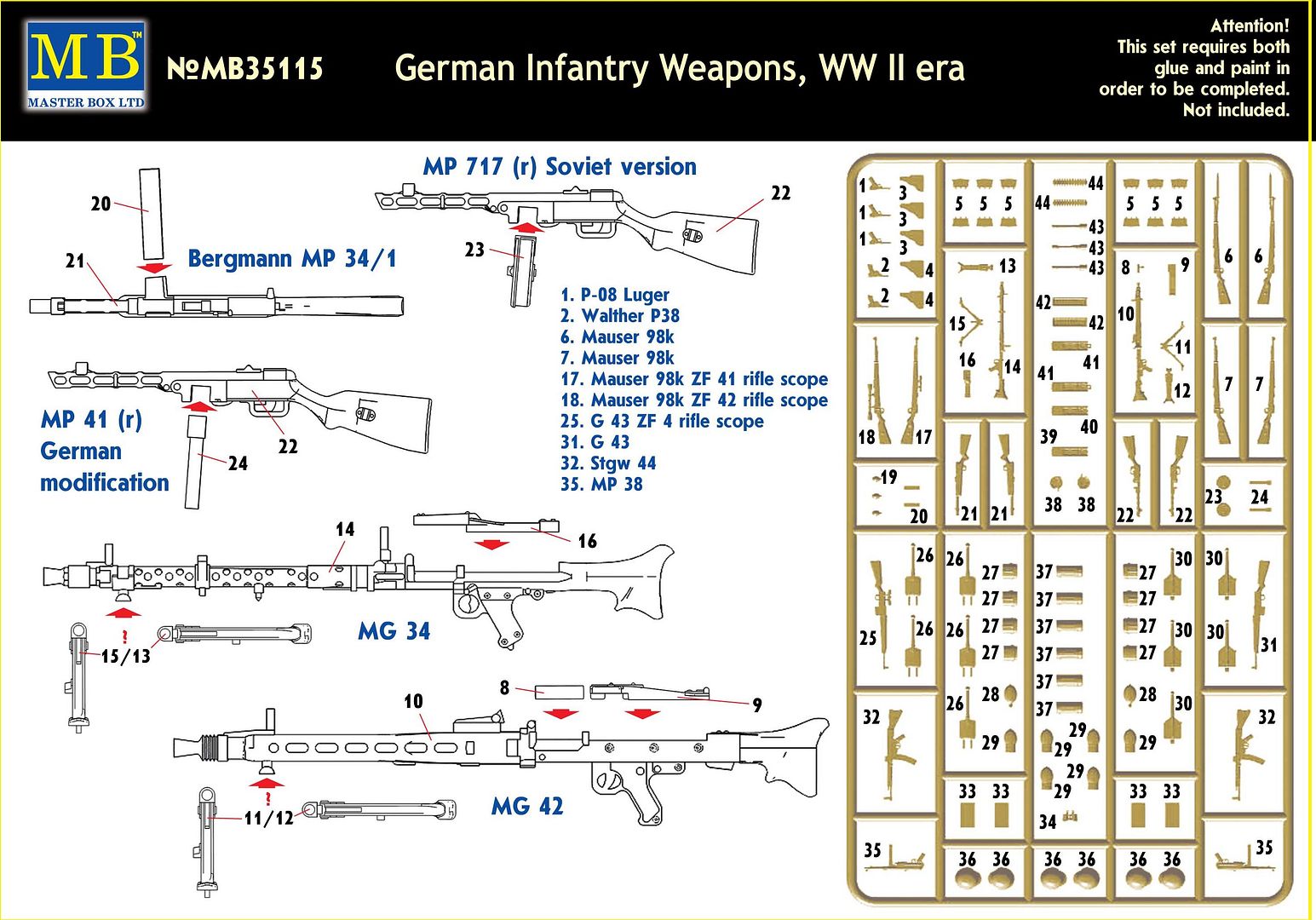 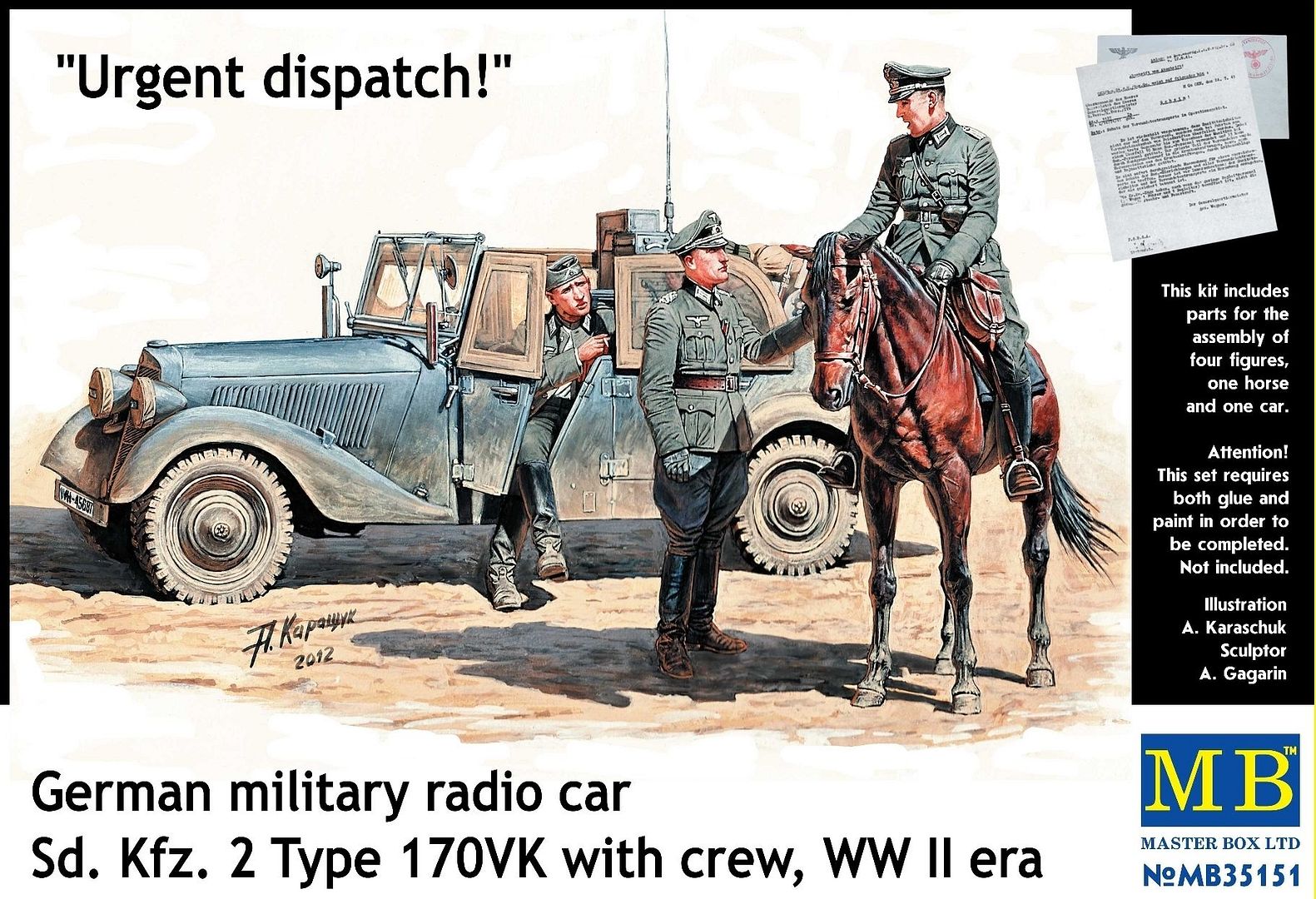 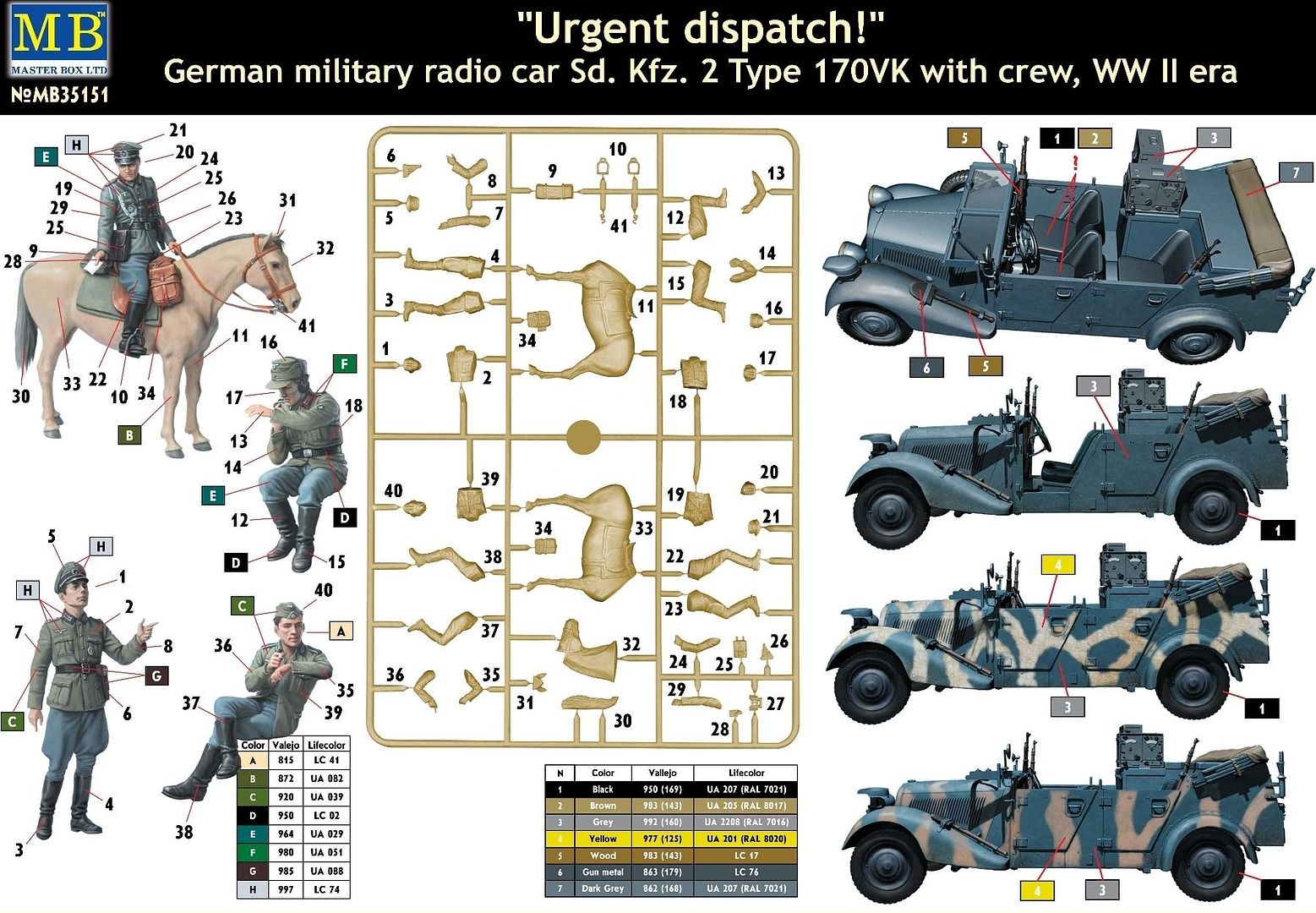 MB 35155 “Dogs in service in the US Marine Corps, WW II era” – the kit includes one sprue with parts for assembling figures of 3 Marines and of 3 dogs. We would like to emphasize especially that dogs of different breeds were used by the US Infantry widely in fights in the Pacific Ocean, but Marine Corps used only breed of Dobermann. 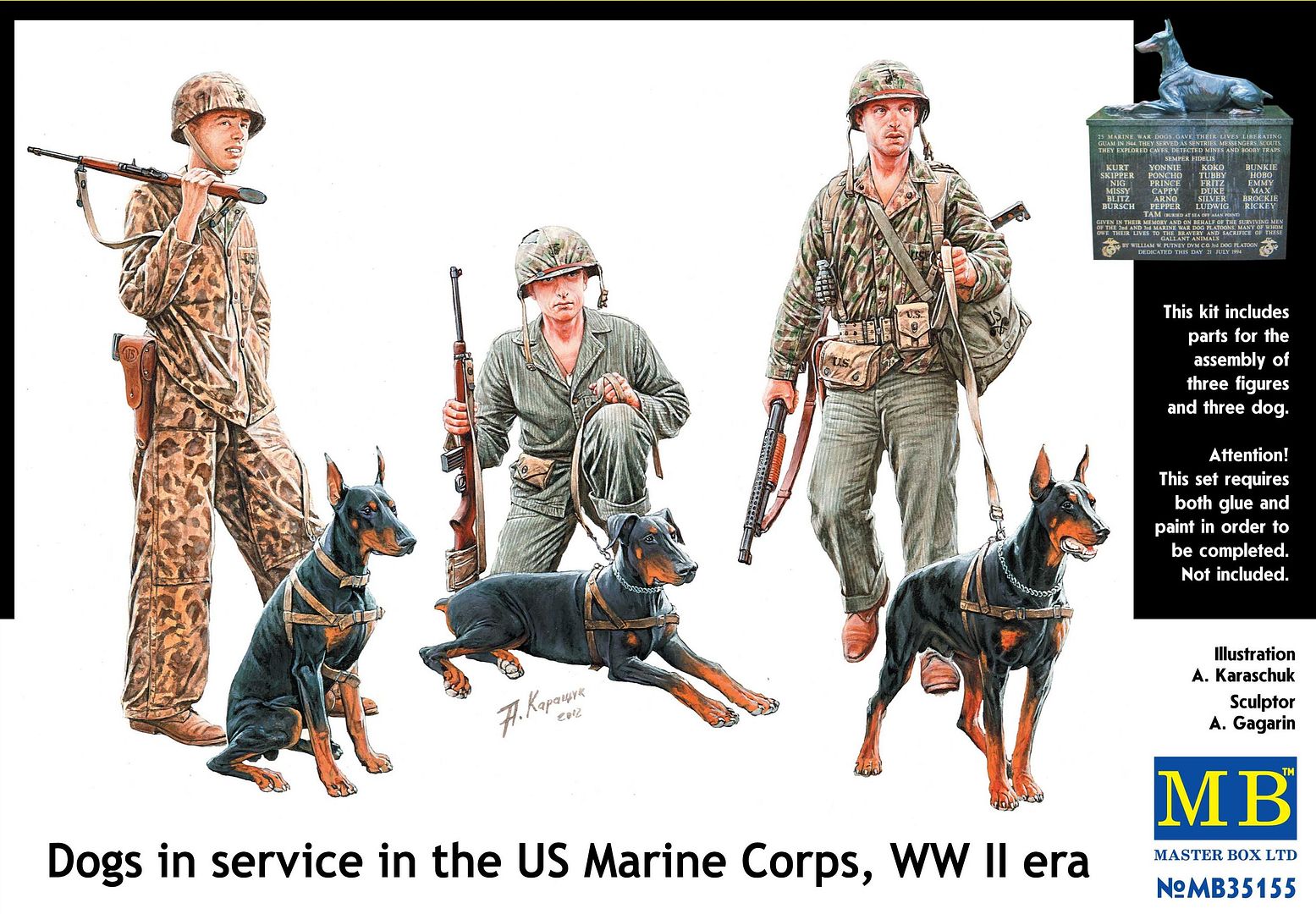 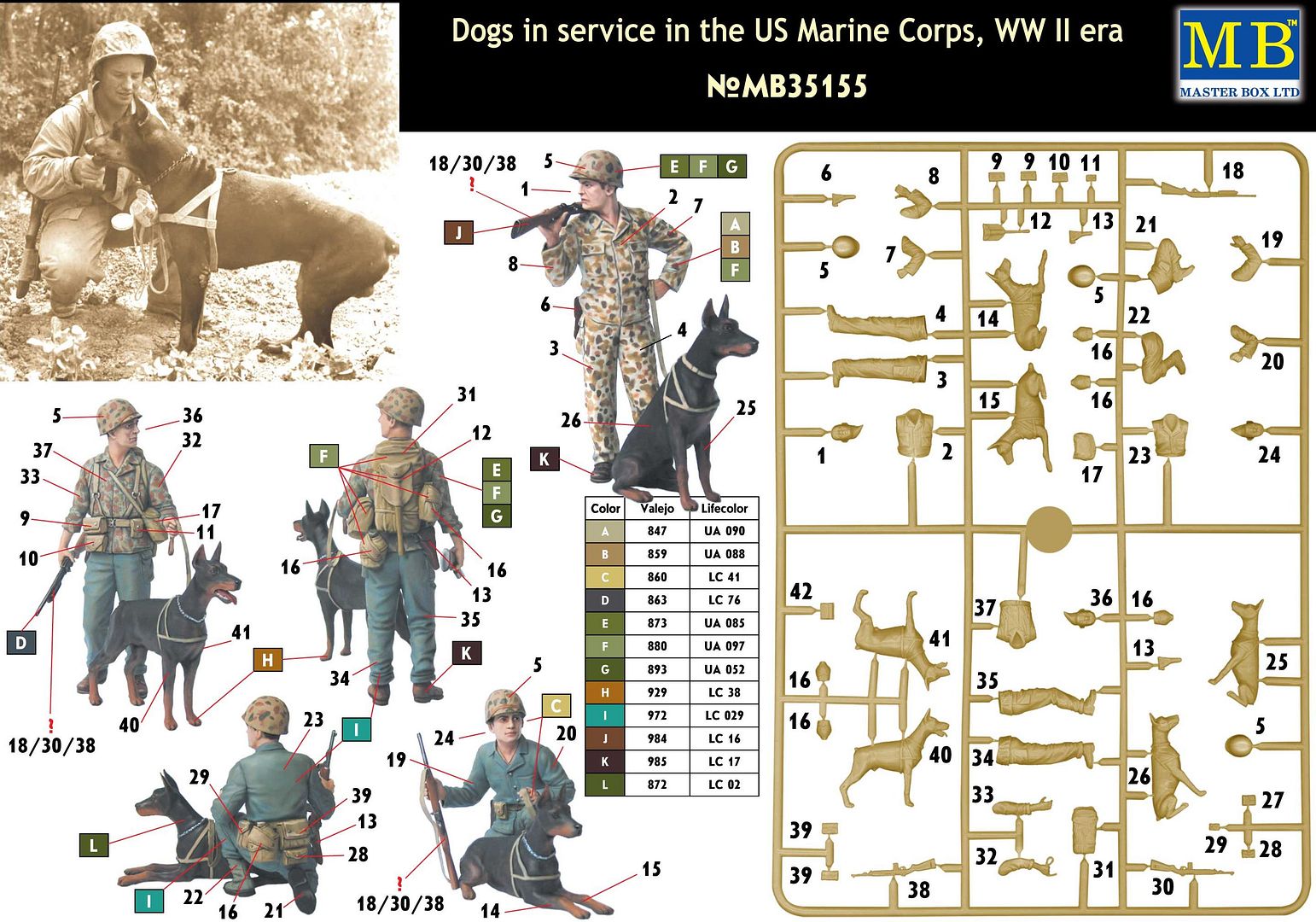 But the weapon set sure looks nice. 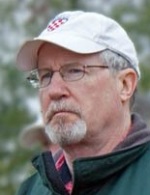