Well MecModels is a small Dutch manufacturer of some outstanding accessories of the Vietnam era . I received an order of some of his latest releases today and wanted to share one of his recent buildings . 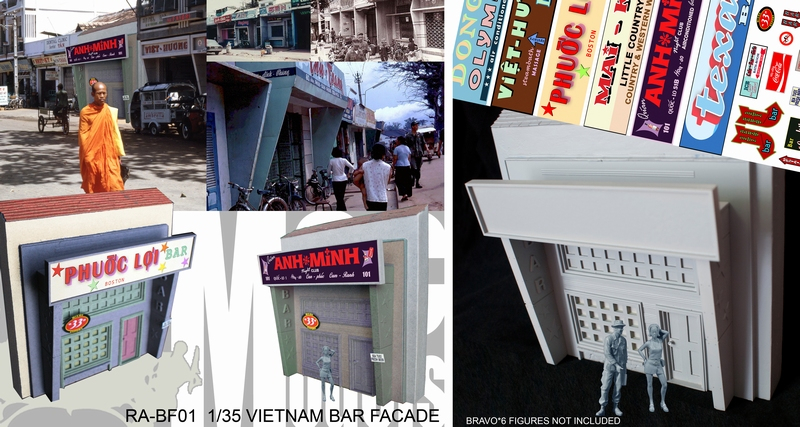 One of the lovely things about Vietnam buildings is the wide use of various pastel colors used , something which will make a lovely contrast to the drab coloring of Military vehicles of the era . That with the colorful signage will certainly make an eye catching diorama . 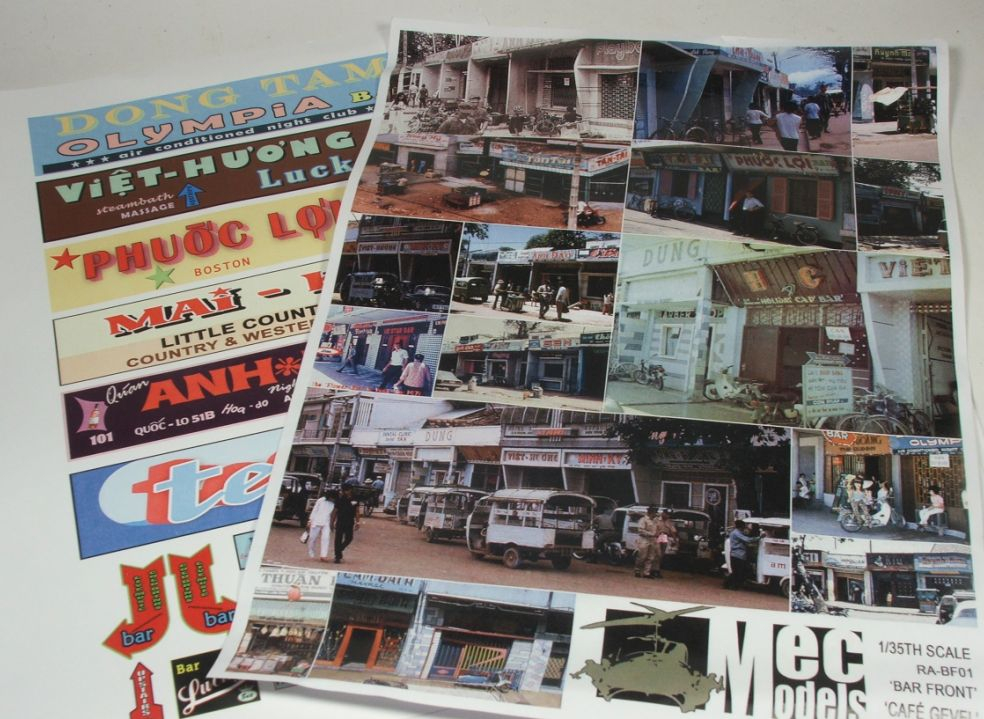 The set comes with a large A4 sheet of reference photos of shops of the era and a huge A4 sheet of signage including no less than Six large billboard signs for the shops fascade and a large amount of other signage to adorn the building . 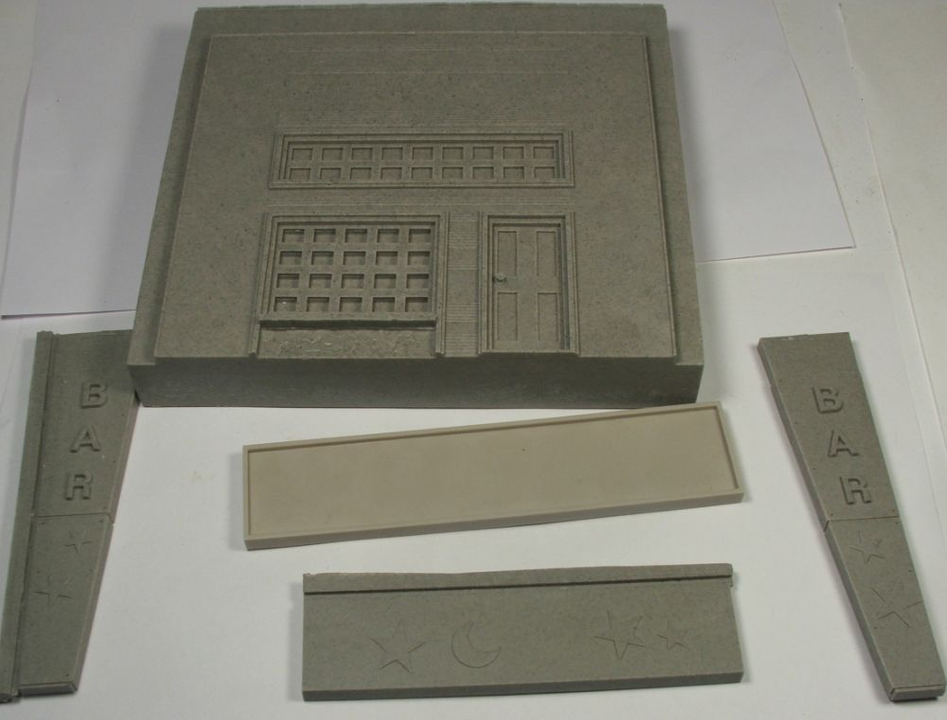 Now the main building is cast in resin (no broken plaster bits here !) Beautifully cast , the main part has excellent detail all over with tile detail on the roof . Two buttresses are detailed on both side with starts on both sides and the word BAR on one side , the awning also has stars on one side, and the billboard sign rounds off the kit .

Of course a lot of modellers will want to detail the model further , imagine a series of lights on chaser ?

, other signage , air conditioning and power also . With six different signs and an unlimited amount of camo schemes , the building will not be overdone in lots of dioramas .

I really am impressed and I would recommend anyone interested to visit the MecModel Website and check out his full range , he also has a huge range of signage , posters , Beer boxes , other boxes and Aussie stuff , decals , plaster and resin accessories . It is important that we support these niche companies that provide the diversities of subjects that we so crave , for these talented individuals to keep a stream of new goodies to tempt us , they need to be able to make a viable livelihood also . Marks' service is great , very fast & he takes Paypal .

Hmmmm , what will I do ? An Aussie Centurion sending one of the crew members for "supplies" or maybe the New AFV Club Duster rumbling thru ......or ?

This stuff looks excellent. I don't normally look at the Vietnam period, but there's so much good stuff it's very tempting.

what a lovely review! you made me blush

It's good to see more and more companies release Vietnam related items! Awesome figures from Bravo*6, Masterbox has some nice releases (though I haven't seen any myself), MAIM has some interesting VN items etc etc.
And finally a new M42 Dusters, we have been waiting for for years now and it looks it's actually on it's way now (it just screams out for a decal set

Again, thanks very much and all the best with your wonderful site!

ps. say hi to Richard from me