Battle for the Roer Triangle

Battle for the Roer Triangle

This book is about a battle,many of you never heared of.
Code named:OPERATION_BLACKCOCK ,started in January 1945 as a large scale methodical mopping up operation.
It should be considered a West Wall battle which resulted in the liberation of Dutch villages in the Roer Triangle and strategically more importantly the capture of the 'Siegfried Fortress'town of Heinsberg.
This book aims to tell the story of Operation Blackcock as a bitter encounter with vicious close quarter fighting fought in desperate winter conditions.

For modelers this book is great reference for winterwarfare, showing many pictures of British tanks and infantry.
It even got a picture from the captured Panther G named CUCKOO put into British service and its history.

The book is really great in telling you the history without pointing out the Germans as the 'crooks'.
Many things will be explained about the British[many of them Scottish] and German forces,and it has a glossary of terms and a bibliography for further reading.

And most important by buying this book you support ERSKINE hospital.[A ex-servicemen's and women's hospital]

You could order it at:WWW.operation-blackcock.com or directly from ERSKINE hospital[see above].


Greetings,Ron. [you should be able to order it also from your local bookshop by using the ISBN number] 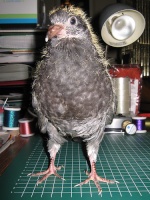 Thanks for posting this one Ron, my interest is British/C'wealth/Polish Armour in NWE WW2 and I was unaware of this one. THere isn't very much on the DUtch and German Campaigns so this is most welcome. Suffice to say a copy is now depleting my discretionary funding and winging it's way south.
Cheers
Al

Well, one of the things why I like this book so much is because I live in a village where the battle took place.
Untill a few years ago I never knew about Operation Blackcock and the heavy fighting that took place around here!

There is also a chapter in the book about TOURING THE BATTLEFIELD ,that would be a cool thing to do if you ever get here.
Also included a list of hotels where you can stay....[Sorry folks my house is NO hotel]

I recieved my copy yesterday and first iimpressions and the chapter I have read impressed me no end. If you are into NWE Military History of WW2 then this is a must particularly if interested in the campaign in Holland.
Thanks for the heads up
Al

Cool,
Looks like it has some really good stuff that has been missed by many.
Shawn

There is also a museum about THE BATTLE FOR ROER TRIANGLE in the little village of MONTFORT.
The museum is called ROERDRIEHOEK museum,and it is open every first sunday on every month from 10.00AM till 14.00PM.

I am planning to take a look around there, but still haven't found the time.
[available time seems to be always a issue with me].

Inside the Roer triangle museum

Visited the museum last sunday...
I leave some pictures for you. Very cool
Don't know that I will get over that way to see it any time soon, but it is pretty interesting just the same.