Well Dragon have announced their penultimate "Commited to the modeller IV" release . (This is counting the two train carriage Orange box kits which are not formally announced as part of the programme but are on the Dragon USA site ) and really the only new vehicle is the T19 with the others just rehashes of previous releases . Lets hope the last release is a priest or something exciting . 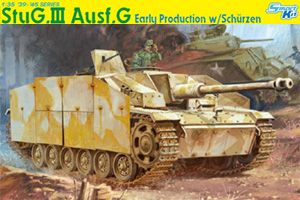 I guess the Commited to the modeller V will be the same vehicle again but with Schurzen and zimmerit !

Once upon a time

In the early days of DML the background subjects gave clues as to the next release. In the background of this is what could loosely be construed as an M4A3E2 Jumbo - a long sought after 3th release. heres hoping.
Al