Well I noticed this , thanks to Tancred making me buy more kits

This is a favourite vehicle of mine , Pz Abt 653 were known for some wierd vehicles , this was one of the weirder ones . 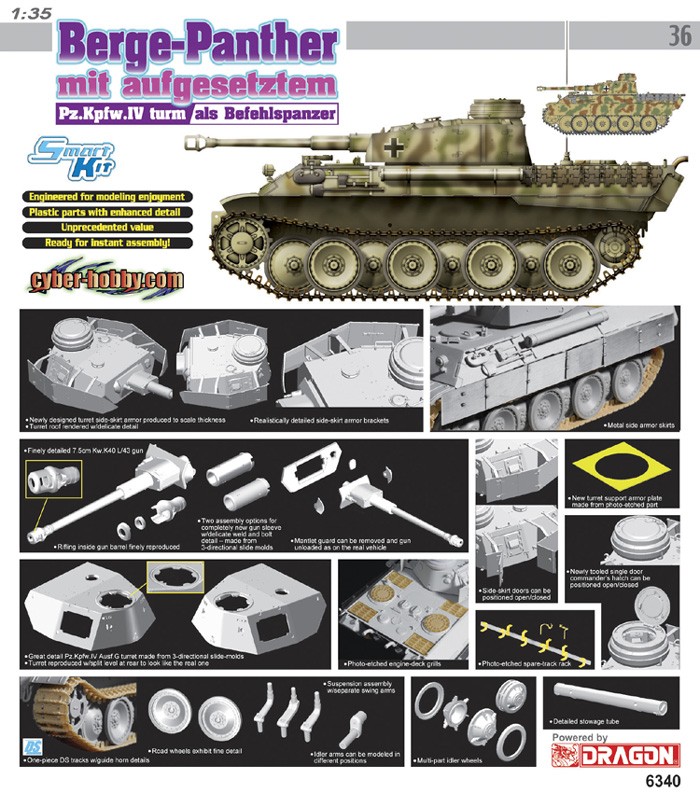 Thats right it was one of the Berge-panthers , apparently an early non winched type , its use when 653 was equipped with Elefants was somewhat limited so a Panzer IV H turret was installed on the vehicle . It was not an operational turret , having no traverse ability , however where the Pz Abt 653 were used to these non traverse weapons , this was not considered a problem ! Now it is possible for us to model one without having to trash a second kit

Is a seperate Bergepanther on its way ? This is the opportunity to check out the Panzer IV H Turret prior to the full kits release !

Now that's a cool lookin kitty. Ummm. Santa? Could I add one more to the list?

I'll take one to go, please

I'll take one to go, please. I have been interested in this vehicle since the images appeared a few years back (13) LOL!
Panzer

I always thought that the Panther bergepanzer had the plate with the driver / radio hatches missing ,maybe it is different on this earlier version ? , If it is supposed to be missing it presents a big problem with this kit because on the Dragon A hull this plate is pre moulded so it would have to be cut out ,Also there would be no interior underneath to looks at . Has anyone any other photos of early bergepathers ?