Matthew Sinclair wrote:Oooh. That was fun.

I just read the entire thread start to...present. Including all the teeny tiny text about the secret secret that I never mentioned here. :-)

Secret ? What Secret ? Hey Laura does he know about the top secret setting & the secret accessories or is he talking about another secret ? I can not write any smaller ! We may have to use "the cone of silence"

Very nicely done Marder , the figs are excellent also .
I like the washes and the roadwheel shine ......... sweet !!! 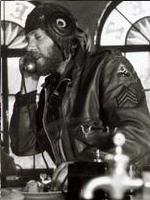 Matthew Sinclair wrote:Oooh. That was fun.

I just read the entire thread start to...present. Including all the teeny tiny text about the secret secret that I never mentioned here. :-)

Secret ? What Secret ? Hey Laura does he know about the top secret setting & the secret accessories or is he talking about another secret ? I can not write any smaller ! We may have to use "the cone of silence"

M. This is 007. They're onto me. Should I eliminate them now or wait for till the exchange at the Casino Royale with Cheese? ...Okay. I'll distract them first 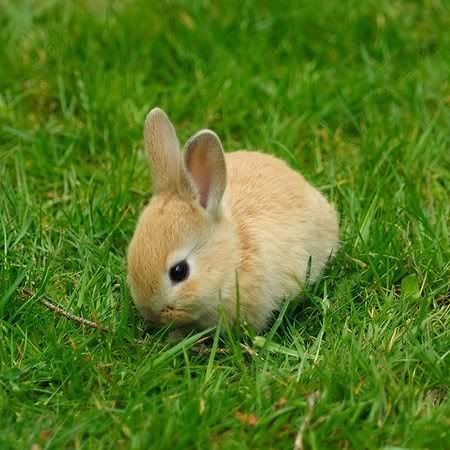 Now to make my rendezvous

Huh - take care for it

In the nature this is "marder food"! And this little guy is definitely an Easter boy.

general jenny - 007 knows nothing at all! tripleX will carry on as planned!

regarding that furry monster i may search for my holy handgrenade from antiochia!

no update in the sooner future as the first painting steps of figures are not that interesting to watch! i will update when i have painted the faces!

i just - more or less - finished the faces of the additional figgies! i was satisfied until i did the eyes ... i screwed up the majority of the eyes and will have to touch them up! no big deal but unnecessary like a pimple on the nose tip!

maybe i was distracted from the music* i had in my winamp? who knows!

* this is a very sad song about a friend (elisa) she had lost to drug addiction!

Sure looks good too me!!!!! Also great music... Powerful voice.

ok this is not a real update but i am that close to have the building finished that i can show you with what i have started! i needed a break from the figgies and spent my time exclusively on the ruin ...

well - thanks to german postal service i received a wonderful firestorm chruch ruin broken into multiple parts! after having cooled down again after freaking out and completing the basic puzzle i started to pimp the church a little bit:

since then a lot more has been done and i should be able to show you the final result in a few days!

The secret item is unveilled , I reckon it is going to look great being that the habit of the day was to paint churches bright pink !

I have seen further updates & everyone STAY TUNED , this build is going way awesome

What can anybody say? Absolutely terrific job! Can't wait to see it finished!

Well if it's a church ruin, isn't it supposed to be broken

It's all right though. You did a great job putting it back together. And if anyone sees the cracks, just tell em it's battle damage
Other than that it is all looking good. Even the forklift guy

What color are you going to paint the church?

jenny, bob and gary - thanks for your fothcoming support! highly appreciated!

G Cooper wrote:What color are you going to paint the church?

some solemn music for the church: Connie Dover - Cantus

... i have been ordered by a MIP to show some more pics ... with this building i strictly followed the "what would jenny do?" doctrine of modelling:

more slats and the supports for the stained glass have been added:

then i added a botanic thingy since i had thought that would add atmosphere, covered the outside of the church with black, followed by gently applying two different shades of grey and i stained the beams and slats with mahogany:

then i filled the interior walls with plaster where i didn't want stones visible, printed out a fresko on parchment paper following glenn's outstanding trick, cut the printout in two halves and glued them in place:

i should have done that later but i was too curious!

next step was to cover the beams with brown, then walls and roof got several thin coats of olive drab, dark green and self mixed green drybrushed to simulate dirt and lichen:

then i gave some few stones another coat of lighter and darker grey (only very few!) and gave each and every single stone that i wanted to be covered the lichen treatment (that was mind numbing i say!):

then - on sunday - i started the special item the very same MIP had ordered me to add ... the organ! since the ruin doesn't give me the chance to place a big one with organ pipes i had to go with a small organ, used in smaller churches that aren't placed in areas that consider themselves the most catholic (spain, portugal, bavaria! = the bigger the organ the holier the church (

i think that was enough of update overkill ... i have done more work since and i'll be able to show more in a few days!

Well I think it is amazing , the whole building is looking tremendous, the interior is going to look tremendous too .

Honestly I can not see the unwanted damage from the damage to the ruin in transit !

Jenny Croft wrote:Honestly I can not see the unwanted damage from the damage to the ruin in transit !

do you notice the crack on the far left? for me it is visible and unnecessary like a pimple on the nose tip! (and since i know where they are exactly i can see the others too!

) but like gary suggested and as privately discussed with you earlier this is battle damage now and for all times!

no one besides jenny and richie likes my church!

ok ... with a little bit of music in my winamp i painted that botanic thingy (no leaves! i wanted to use tea leaves but the ones i have had no convincing shape), added some bird poop, blended the fresko paintings in the walls and blended some lichen spots. last step was to add the stained glass and try to paint the glass pieces with my transparent airbrush colors:

i just noticed that i have to reglue some spots of some fresko paintings (no big deal!), then on to the next secret item and then i'll finally continue with the figgies!

You might want to distress the crack a little more , but I'd leave it , it looks the part.

Kreighshoer wrote:no one besides jenny and richie likes my church!

Oh no. Quite wrong there on that one. I think it is just perfect. The outside is great, and the inside is looking soooo good I can hardly believe it.

Are you going to put any green leaves on the botanical thing?

This is sooo cool , I would , to soften the white , add a grey blue filter but very very dilute , if it needs a second dilute filter then sure , add it ! The murals look amazing as does the stained glass , hmmmm maybe just some dust needs adding to those walls , the place has been bombed & with any of my blasts there is an inch of dust EVERYWHERE including up my nostrils !

Oooh Treemendus make the perfect green leaf thingies for the Ivy , PM Anthony & link to the thread he knows the stuff

Nice work you have done here Laura. It's most impressive!
I'd go with the idea of Cheyenne of darkening the inside walls a little and I'd do it with a grayish-brown filter. Other detail you can add are the nails in the roof beams. Those are easily done with a pencil and a little rust wash.

glenn, gary, jenny, ruben - thanks for your feedback!

glenn, ruben - thanks for the hints! the nails i may do, that's easy! darkening the walls ... i'm too afraid of messing everything up! i take it into consideration but at the moment i don't think i will do that!

gary - no leaves on that thingy ... the diorama will be late autumn and the idea is that the shells that plopped into and around the church would have blown away most of them, the rest done by the autumn winds!

jenny - rubble and dust will follow when i do the final scenery so that everything fits together! but i won't cover everything! the idea is that this church is in an area that had seen heavy fighting in the summer and now is far enough behind the lines for germans to resupply! lets say the battles around the church took place in august and this diorama will be in late october! in the meantime wind and rain have done their part to wash the initial dust away and let the lichen give opportunity to have grown ...

The weathering is excellent! I especially like the interior walls!

Laura the church looks great but it's missing a little something that would only be subconsciously noticed. Nail heads showing on the roofing boards,it's a man thing you know.

noel, tony - thanks for looking and commenting!

i'll replicate the nailheads in the course of the day!

Jenny Croft wrote:I can give you the dust from my nose if you want

i would feel honoured and am sure that this jennydust will lift the diorama to a new dimension of reality!