For all of you who like german half tracks, this is one very very cool book . 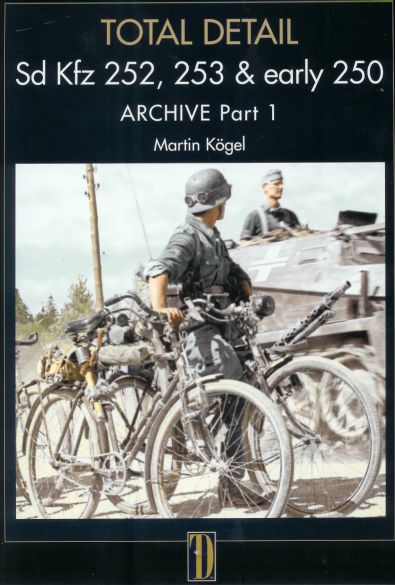 This is the second volume of Archive part 1 which is all based on the 250 series of vehicles & variants .

Translated drivers manual , beautiful photographs both black & white , beautiful paintshop coloured photographs , superb reference on this cool little halftrack , its crew & its place in the battlefield . This book will give an amazing insight into the half track , how the crew interact around the vehicle , what the crew stow in & on the vehicle & how . All this will give new ideas & help create more realistic models which can't be a bad thing !

I have no hesitation in giving this a 100% rating if you love these vehicles , money well spent ! I already have the other two volumes in the Archive on my shopping list :wink: !!!!

Hey Jenny,
does this one have an ISBN?
I really would love to have this book.

I will get it for you , there are three books in the series , I will review the other two some time soon as well , all on the Sd.Kfz 250's !

Got the details Markus

I hope this helps

.
The books all refer to other titles in the series but none were ever published .

Cheers Jenny,
I appreciate it!
I heard a lot of good things about these books and always wanted them.

All three are worth every cent !

I have three of the books in this series, Great books

I have three of the books in this series, Great books.
Panzer